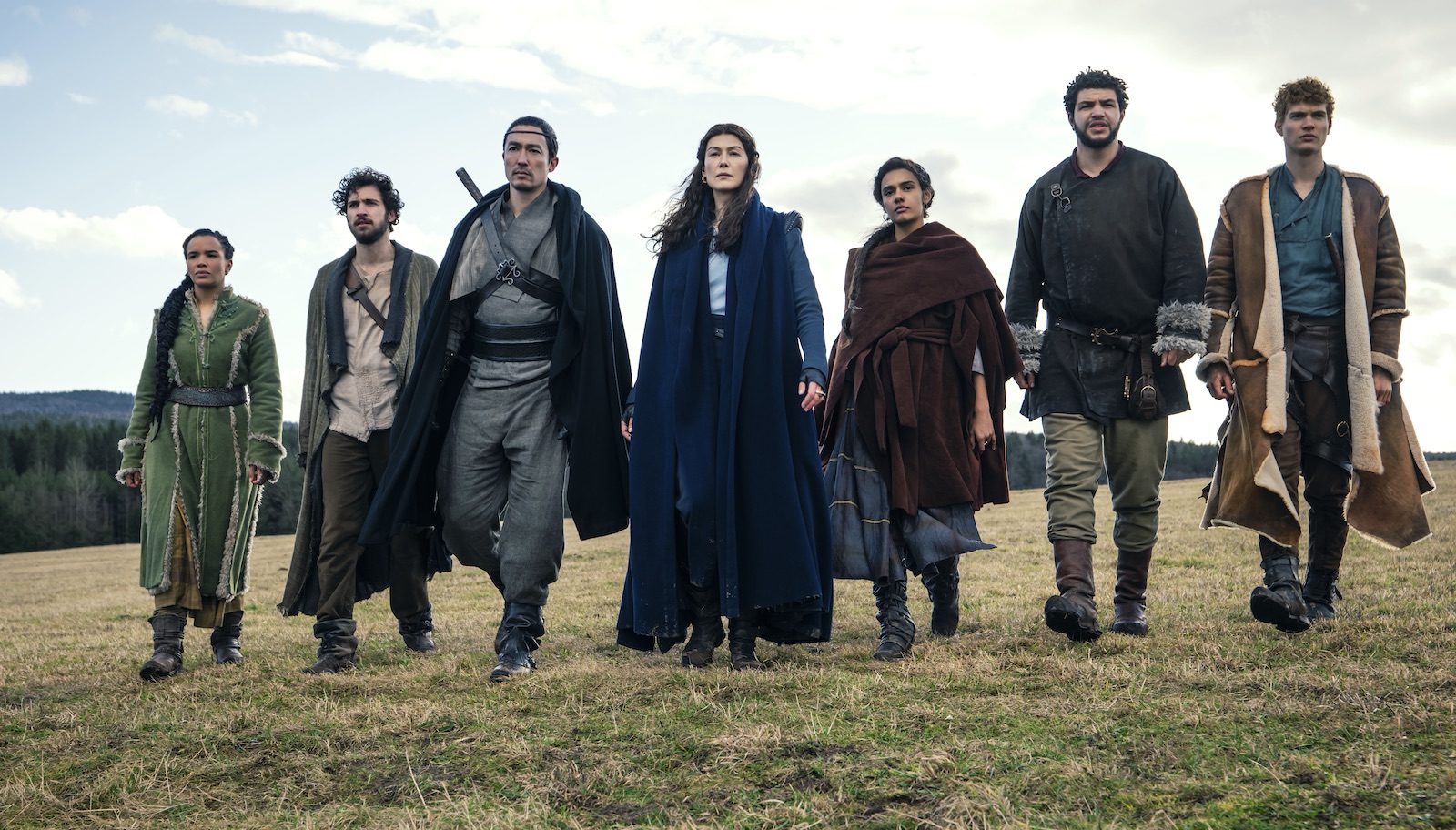 ”The power inside you: all over the world there are different names for it. But it’s one thing, One Power, and women who can touch it — we protect the world.” So says Rosamund Pike’s character, Moiraine Damodred, in the first Wheel of Time trailer released by Amazon. Even for those who have never read the Robert Jordan novels upon which the series is based, it’s clear that the powerful women featured in this preview are the ones to be reckoned with.

So why is someone called “the Dark One” pursuing a small group of friends who look much less imposing than the robed women that appear prominently throughout the trailer? Book readers may recognize young Rand Al’Thor (Josha Stradowski), Mat Cauthon (Barney Harris), and Perrin Aybara (Marcus Rutherford) looking relatively carefree in the clips in which they appear, but there’s little doubt that their simple life is about to be irrevocably disrupted.

In the quote mentioned above, Moiraine is likely speaking to the boys’ fellow small-town innocent, Egwene Al’Vere (Madeleine Madden), who seems to be embarking on her own journey towards becoming one of the Aes Sedai, the sect of magic-weaving women in this world. One can spot the One Power being wielded both to heal and to stop a hail of arrows, and fans of the Wheel of Time novels will feel the sheer single-minded intimidation of the crimson-clad Red Aes Sedai shot from below.

But there’s also much talk of the cycle of history from which Wheel of Time gets its name and the forces of fate that push everyone towards inevitable conflict. “No matter what happens, what pain we face, what heartbreak, the wheel keeps turning,” one character says wistfully. But one of the women says more forcefully, “The last battle is coming. The only thing that matters is what you do,” creating a sense that the stakes associated with the journey depicted in other clips are massive.

Throughout the Wheel of Time trailer, the women speak and act as though they are either helping those around them to achieve the purpose for which they were born or fighting against those who seek to bring them down. Their power lies not only in the magic they weave, but in the manipulations they effect behind the scenes, both for good and ill.

Moiraine finishes the Wheel of Time trailer by saying, “Whatever happens now, there’s no turning back,” and with this sneak peek finally available to eager fans both new and old, the November 19 premiere is also on a collision course. Amazon Prime Video will air three episodes the first week and the other five weekly each Friday until the Christmas Eve finale.

Once Upon A Time Season 7 Episode 5 Review & AfterShow | AfterBuzz TV
The Last of Us: Can Ellie Infect Others?
Dead Space Remake: How to Unlock and Survive Impossible Mode
New Batman and Robin Movie, Green Lantern TV Show, and More Announced for Revamped DCU
Best Nintendo Switch Settings You Should Be Using