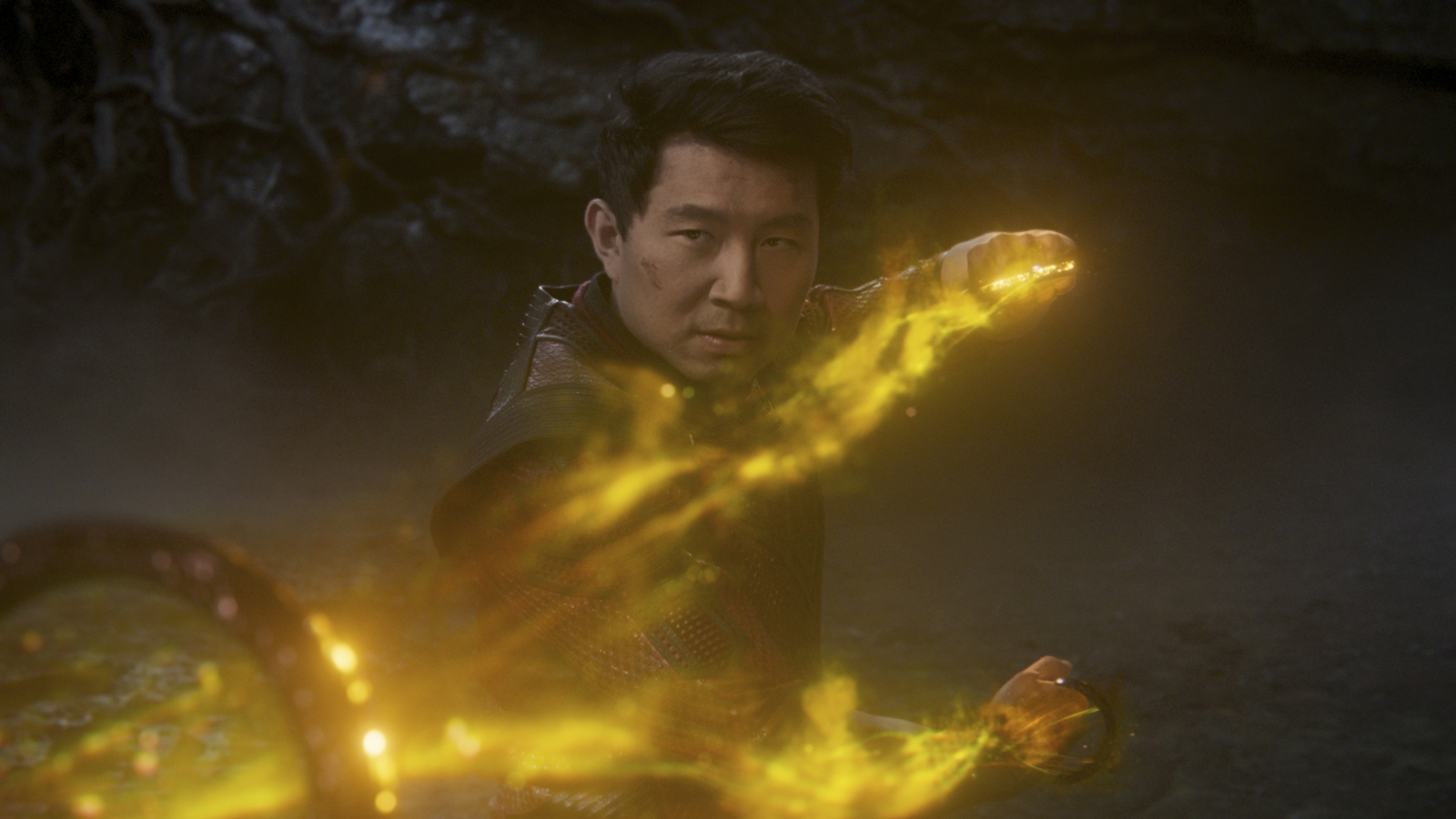 The following article contains spoilers for Shang-Chi and the Legend of the Ten Rings.

With Black Widow set largely in the past, Shang-Chi and the Legend of the Ten Rings is technically the feature film kickoff to Phase 4 of the Marvel Cinematic Universe. With the exception of the end credits scenes, it’s the first Phase 4 feature set in the aftermath of the Thanos Snap or Blip, and it introduces a set of characters and a region of the MCU that we have not yet explored.

But like every Marvel movie, Shang-Chi also includes two scenes at the end — one in the middle of the credits, and one at the tail — and unusually, both offer important and possibly critical information for the future of the MCU. Often the very last scene tends to be a joke or a sight gag of some kind; that’s not the case this time.

While the last scene at the very end of the movie does hold some interesting implications of its own, it frankly doesn’t loom as large as the mid-credits sequence. We’ll get to that second one a little later. Right now, let’s examine the mid-credits sequence and what it could mean. And remember, we’re in spoiler territory from here on out!

Halfway through the end credits of Shang-Chi, we fade into a room in what could be Doctor Strange’s Sanctum Sanctorum. Present in person are Shang-Chi (Simu Liu), his friend Katy (Awkwafina), and Wong (Benedict Wong). Present via holographic image are Carol Danvers/Captain Marvel (Brie Larson) and Dr. Bruce Banner (Mark Ruffalo) — although notably, Banner appears in his original form and not as the Smart Hulk hybrid he became prior to Avengers: Endgame, although his arm is still in a sling after it was fried pretty much to a crisp when he activated the Infinity Gauntlet. What happened to Smart Hulk? Can Banner change back at will or did something happen?

In any case, all five are in a circle studying the Ten Rings, which are floating in the air between them. Although Shang-Chi remarks that his father has been using them for a thousand years, Bruce says that their power signature indicates that they could be much, much older. What’s even more interesting is that the same power signature generated by the Rings looks a lot like the multiverse — the same jagged, interweaving, branching labyrinth of ever-expanding and twisting lines that we last saw at the end of the Disney+ series Loki — as explained to Loki and Sylvie by He Who Remains in that show’s season finale.

But wait, there’s one final revelation: there’s a signal or beacon of some kind coming from within the Ten Rings themselves — a signal of unknown origin.

Captain Marvel has to excuse herself and leaves, saying that Bruce has her number if she’s needed (he doesn’t). The other four are about to leave as well — but then in what does amount to a classic MCU end credits joke, Shang-Chi and Katy manage to lure Wong out for a night of karaoke instead of standing around wondering what all this means.

They’ll leave that to us.

Who or what is sending that signal?

If the Ten Rings is connected to the multiverse, then the signal could be coming from any one of the many different universes we saw forming at the end of Loki. It could also be coming from the Quantum Realm, which is clearly part of our universe.

But we’re getting ahead of ourselves. Is the beacon a greeting? A warning? A distress signal? Unknown. But there are possibilities of who or what could be sending it:

While the version we met in Loki (played by Jonathan Majors) was a somewhat benign madman/dictator, intent on controlling the flow of events in our universe to prevent it from splintering into the multiverse, we know that there are other, more hostile variants out there, most notably Kang the Conqueror.

And based on the ending of Loki, we know that there’s at least one universe in which Kang reigns supreme. Could Kang be sending out the signal as a way to lure others to his universe and entrap them? Or is a variant trying to warn others away from Kang’s dominion?

Many casual MCU fans may react to this with “Who?” But hear us out. The Beyonder was the antagonist behind the classic 1984 Marvel Comics arc known as Secret Wars, in which the character — an omnipotent entity that is actually the sentient remnants of an alternate dimension itself — creates a planet called Battleworld out of pieces of other worlds, kidnaps the heroes and villains of the Marvel Universe and sets them on Battleworld to fight, so it can observe and learn about the ongoing conflict between good and evil (think the old Star Trek episode, “The Savage Curtain”).

The Beyonder’s creator and Secret Wars writer Jim Shooter recently hinted that he had been approached by a legal eagle from Disney to discuss the use of certain characters, leading Shooter to believe that a Secret Wars movie in the MCU was almost inevitable. And let’s face it, it’s too good a concept not to use — especially if you can cross over villains and heroes from different universes.

So the Beyonder may be sending out that signal as a lure or trap. But here’s another theory: Marvel Studios often takes liberties with characters from the comics, sometimes combining aspects of two or more into a version expressly designed for the big screen. If Kang is supposed to be the Big Bad of Phase 4 (and perhaps even some of Phase 5), it’s not unreasonable that Marvel might graft some of the Beyonder’s powers and motivations onto him.

We know that a new movie starring Marvel’s First Family is finally coming, this time from Marvel Studios itself. And we know that Reed Richards can find a way to travel between universes as well as through time. Plus in the comics at least, Kang is possibly a distant descendant of Richards. Since the MCU until now has given no indication that the Fantastic Four exists, could that signal be coming from a version of the Four that does exist in a different universe?

It’s long been suspected among fans that the Quantum Realm (in which signs of civilization have been glimpsed) could play an important role in the introduction of the Fantastic Four into the MCU. But that signal, generated either by the Ten Rings or from somewhere in the multiverse, could also be coming from them.

The Celestials (from Eternals)

With the mid-credits sequence indicating that the Ten Rings are much older than first thought, is it possible that they are actually technology created by the Celestials?

The Celestials, of course, have been around almost as long as the universe/multiverse itself, and have seeded countless worlds in the cosmos with life. On Earth, they created “normal” humans, as well as the Eternals and the Deviants, and return periodically — we’re talking time on a cosmic scale here — to see how their experiments are going.

What if the use of the Ten Rings activates the beacon and sends a signal to the Celestials that it’s time to come look in on their little planet-sized lab? The Celestials operate on such a vast span of time that even Wenwu using the Rings for a millennium would seem like minutes to them. With the ongoing conflict between the Eternals and the Deviants seemingly coming to the fore in this November’s Eternals movie, it seems likely that a Celestial will show up to sort things out. That Celestial might also be very interested in finding out why the Ten Rings have been activated.

This one is a lot simpler to explain. Although Wenwu is dead by the end of Shang-Chi, and Shang-Chi himself is off hobnobbing with some of the Avengers, Wenwu’s daughter and Shang-Chi’s sister Xialing (Meng’er Zhang) is seen taking full control of the Ten Rings and planning to keep the organization running — although whether she plans to use it for good or perhaps some more nefarious purposes remains to be seen (she is, after all, still her father’s daughter).

With a large number of now free agent Black Widows running around, and Sharon Carter/the Power Broker now operating her own agenda and unknown connections from within the CIA itself (at the end of The Falcon and the Winter Soldier), there is plenty of geopolitical action for the Ten Rings organization to get involved with. Perhaps we’ll see more of their exploits in an upcoming TV series or Captain America 4 — or maybe Shang-Chi 2. But they aren’t going anywhere.

Shang-Chi and the Legends of the Ten Rings is in theaters now.

Why One of Star Trek: The Next Generation’s Worst Episodes Is Still Worth Watching
How Did the Cordyceps Infection Start In The Last of Us Games?
Lost Big Bad Beetleborgs Pilot Would Have Ditched The Horrifying Flabber
Dead Space Remake: Where to Find Every Schematic
DC Movies and TV Shows: Full DCU Schedule