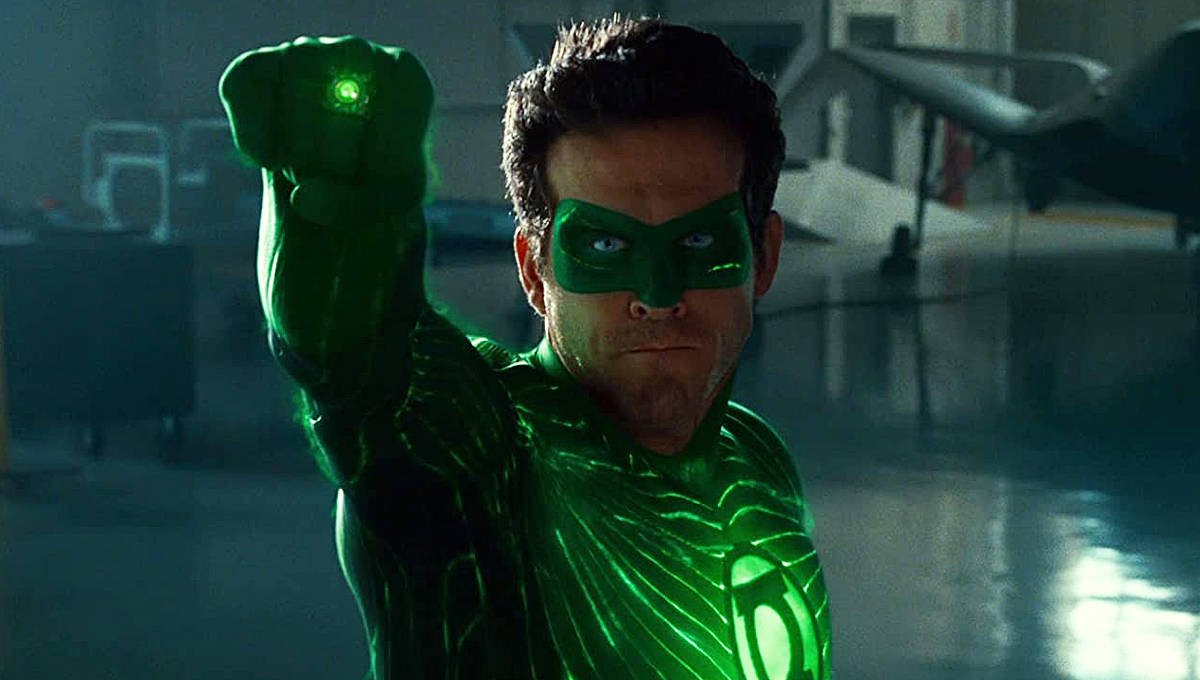 It’s a miracle akin to the ring itself: 2011’s Green Lantern, starring Ryan Reynolds as Hal Jordan, has shot up to the top of Netflix’s Top 10 U.S. Movies list just two days after dropping on the streaming service. It’s at #3 as of this writing, with way more viewers likely to stream it over the weekend. While this may come as a surprise to those who first watched the film in theaters in 2011, interest in a Green Lantern movie has never been stronger.

Despite his much maligned debut on the big screen, Green Lantern remains one of the characters DC movie fans keep asking to see in the DCEU the most. While Reynolds’ turn as the cosmic protector made waves for all the wrong reasons when it released, the latest DCEU movie to flirt with a Green Lantern cameo was the talk of Twitter for what it didn’t show: John Stewart in the flesh, appearing before Bruce Wayne to set up a future team up in a Justice League sequel that will likely never happen.

Not much was left on the cutting room floor for director Zack Snyder’s redux of Justice League, which has a runtime of just over four hours. Regardless of what you might think of the quality of the controversial director’s ultimate vision of the DCEU, there’s no arguing that it’s a massive superhero epic unlike any other in terms of length and scale. Snyder also originally planned it as the first part in a much larger saga that would see the Justice League eventually go to war with Darkseid and the demonic forces of Apokolips.

John Stewart would have been a big part of that war. Just as the Green Lantern Corps. joined the fight against Darkseid millennia before the events of the movie (as revealed in its action-packed prologue), Stewart would lead the modern Corps. against the universal threat. This Green Lantern arc would have all started with the aforementioned cameo, with actor Wayne T. Carr playing the role.

By the time Snyder set to work on the redux, his final contribution to the superhero cinematic universe he kicked off for Warner Bros. with Man of Steel, he knew he’d never get to tell his larger Green Lantern storyline. But that didn’t stop him from filming the Stewart cameo for Justice League anyway, which was later cut. After the release of the movie, Snyder revealed concept art of the Green Lantern scene on his Vero account, showing Stewart hovering above Bruce’s lakeside home, ready to offer his services in the fights to come. It’s a moment that would have solidified a big-screen Justice League lineup whose Green Lantern omission has long been conspicuous considering the character is a mainstay of the superhero team in the comics.

Even if it’s not Snyder behind the wheel, will fans ever get a new Green Lantern movie? Well, in the early days of the DCEU, WB had every intention of producing a new take on the character for theater audiences. After all, the DCEU was a fresh start for all of the studio’s big-name superheroes at a time when fans had already warmed up to the idea of interconnected cinematic universes. A new universe meant the studio could move on from Martin Campbell’s CGI-heavy critical and financial disaster without too much hassle. The DCEU wouldn’t even have to explain why Reynolds was no longer playing Hal.

But after the DCEU’s rocky start, the planned Green Lantern Corps. movie was shelved by WB. Instead, the studio has teamed up with Seth Grahame-Smith, Marc Guggenheim, and Greg Berlanti for a new HBO Max series that will reportedly follow Guy Gardner, Jessica Cruz, Simon Baz, and Alan Scott across several eras. But it’s unclear at the moment whether this show is supposed to even take place in the DCEU, especially with the team responsible for much of WB’s current slate of DC TV behind it. This show could take place in its own universe or tie-in with the Arrowverse or the other DC offerings on HBO Max.

More importantly, Hal Jordan and John Stewart — arguably the two most popular Green Lanterns — are missing from the show’s lineup of characters…which is suspicious. Could WB instead be saving these characters for the day it finally takes its next Green Lantern movie off ice?

Fans’ continued support for a DCEU, big-screen version of the character, and the 2011 movie’s cirrent success on Netflix, could make a strong case that it’s finally John Stewart’s time to shine. (Bathed in green light, Carr absolutely looks the part!) But WB will likely turn to Green Lantern Corps. as a more accurate measure for just how hungry modern audiences are for a new movie. You’ll just have to make do with the 2011 flick for now.

Hogwarts Legacy: How to Unlock and Claim Twitch Drop Rewards
The Yellowstone Universe Doesn’t Need Yellowstone Anymore
Forspoken Is That Frustrating Piece of Entertainment That Gets Good “Eventually”
The Last of Us: How Long Does It Take to Beat the Games?
Marvel Studios’ Ant-Man and The Wasp: Quantumania | Before