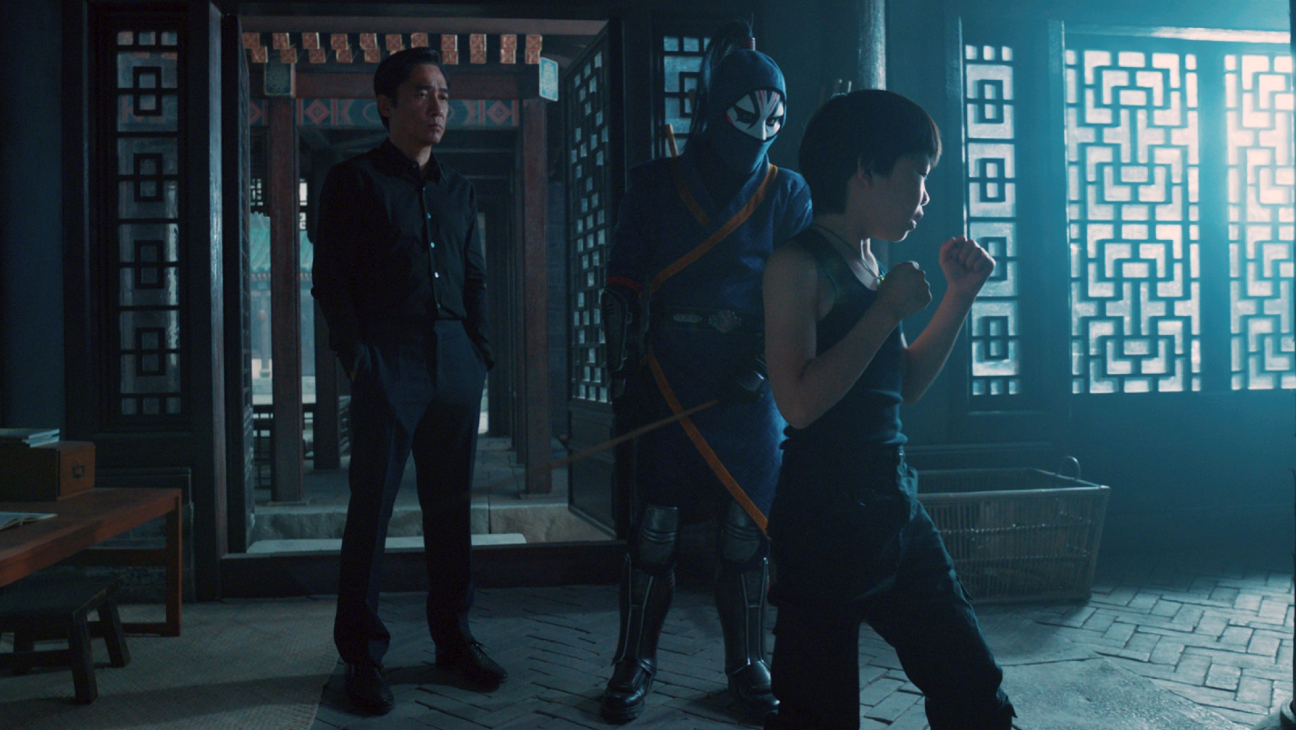 This article contains major spoilers for Shang-Chi and the Legend of the Ten Rings.

Shang-Chi and the Legend of the Ten Rings, the latest in Marvel‘s big-budget superhero franchise, is officially out in theaters and people are loving it. And what’s not to love? It’s fun, funny, filled with some of the best fight scenes in MCU history, and represents a huge step forward for Asian and Asian American representation in Hollywood. While Shang-Chi‘s primary language is English, a good chunk of the film’s dialogue is spoken in Mandarin Chinese, which is then translated into English subtitles for audiences who don’t speak Mandarin. As with any translations, there is some cultural nuance lost in the process—and MCU fans have taken to Reddit to clarify what some of those cultural nuances are for us non-Mandarin-language speakers.

“As an Asian (Taiwanese) Australian, it is so obvious that the film was written through the lense of those who have a lot of love for Asian culture and have lived through the Asian experience,” wrote kabutocat on Reddit, starting a fascinating discussion about the English-language translations of Mandarin dialogue in the movie. “The Chinese lines are written so well that a lot of the times the English subtitles actually failed to convey the nuances behind each line.”

Reddit user IAmIcePho3nix gave a specific example of this: When Tony Leung’s Wenwu first arrives in Ta Lo with his Ten Rings henchman, he is met by the people who guard the Dark Gate, including Michelle Yeoh’s Ying Nan and Guang Bo, played by veteran martial arts actor Yuen Wah. When Guang Bo tries to convince Wenwu that his mission is asinine and that he is the worst, Wenwu shoots back with this one-liner: “I’ve lived ten of your lifetimes, young man.” At least that’s what the English-language subtitles will tell you he said. According to Mandarin speakers, a closer translation would be: “I’ve tasted more salt than you have rice.” Which is so much cooler.

Another example of some of the cultural nuance lost in translation comes in a scene between Yeoh’s Ying Nan and Shang-Chi (Simu Liu) that takes place slightly after his arrival in Ta Lo. In it, Nan tells Shang-Chi “I’m proud of you.” (According to the English-language subtitles.) But, according to Reddit, the literal translation would be closer to “You are mom’s pride.” While this hits a bit harder emotionally even for those who don’t understand the Chinese cultural context of the phrase, Reddit user yawnandshrug elaborates: “It’s more than just saying his mum would be proud of him, there are connotations like ‘you are the pride and joy of your mum’s life’ and culturally stuff like that is just not said unless you are really close/really mean it. It’s basically short hand for saying that Shang-Chi’s aunt adores him.”

One of the most emotionally affecting scenes in the entire film is when Wenwu brings a young Shang-Chi with him to kill the men who killed Ying Li. Little Shang-Chi is left to watch as Wenwu slaughters all of them. After the bloodbath, he kneels down next to his son, mentions that there are others responsible for Ying Li’s death, and asks (via English subtitles): “Will you help me?” The translation leaves out the “baba,” an informal way of saying “father” in Mandarin, in the line that could be translated: “Will you help your dad?” As Reddit user Iris_Sun points out: “With ‘your papa’, Wenwu acknowledges his role as a father, and the position of his son. There’s a level of familiarity and kindness that you really only use with the people you love. Shang-chi is not a tool, but his child. There’s also the cultural implication of passing on one’s legacy; as in, will you help me by learning my line of work so that you might eventually take it over.”

There will always be something lost in translation; this is an inherent part of consuming stories across language and other kinds of cultural boundaries, and it is easy to accept when you realize the alternative. We’re lucky to live in a time when foreign-language entertainment is so accessible, and when big-budget Hollywood movies like Shang-Chi don’t have to eschew narrative logic that would have their characters speaking in their native language and/or the language in favor of speaking English.

“I can talk to the conversation behind which language should be speaking was always rooted in just the logic of the characters,” said Shang-Chi director Destin Daniel Cretton (via Heroic Hollywood) during a recent press conference. “And who would naturally be speaking what language. And so that conversation started in the writer’s room and then once our actors came in it was always a dialogue what these are all bilingual, trilingual, quadrilingual characters who could speak whatever made sense at the time.  So, we were constantly having the discussion of what made sense for the scene.”

According to aforementioned Reddit user yawnandshrug (and mentioned in the original thread post), Shang-Chi has so many instances of these cultural nuances lost in translation not because the translation choices are bad but because the Mandarin-language dialogue is is so well written: “Tbh the mandarin used in the film is very authentic and often untranslatable without explaining the context behind the vocabulary. So I’m willing to give them a pass on that seeing as they made the effort to make the mandarin good.” If a storyteller is going to make a choice between writing good dialogue and writing easily translatable dialogue, this seems like the right one.

Were you surprised by the amount of Mandarin in Shang-Chi? Are you a Mandarin-language speaker who caught some other interesting translation choices? Let us know in the comments below!