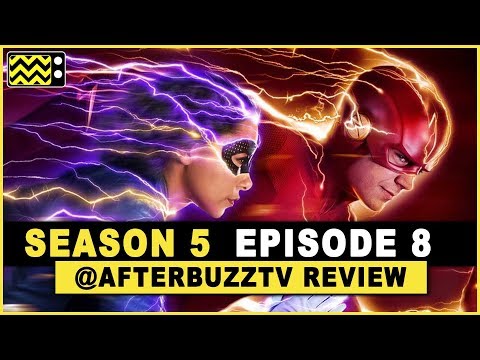 Ads by Amazon
Share on Facebook
Share on Twitter
Share on Pinterest
Share on LinkedIn
For the 100th Episode, hosts Jaimi, Zach and Flobo take a blast to the Flash past and discuss Team Flash’ plan to neutralize Cicadas dagger via time hacking. Watch as we travel back in time to nab a piece from Savitars suit, retrieve the speed force transmitter and experience the particle accelerator explosion all over again.

Flash is based upon characters published by DC Comics where through a freak accident scientist Barry Allen (Grant Gustin) is given the power of super speed that transforms him into the Fastest Man Alive.

The Last of Us: How Long Does It Take to Beat the Games?
Happy Valley Series 3 Episode 5 Review: James Norton Kills It As Tommy Lee Royce
How to Find a PS5 and Xbox Series X In 2023
Small Town | Marvel Studios’ WandaVision | Disney+
The Last of Us: What Happens to Bill and Frank In the Game?