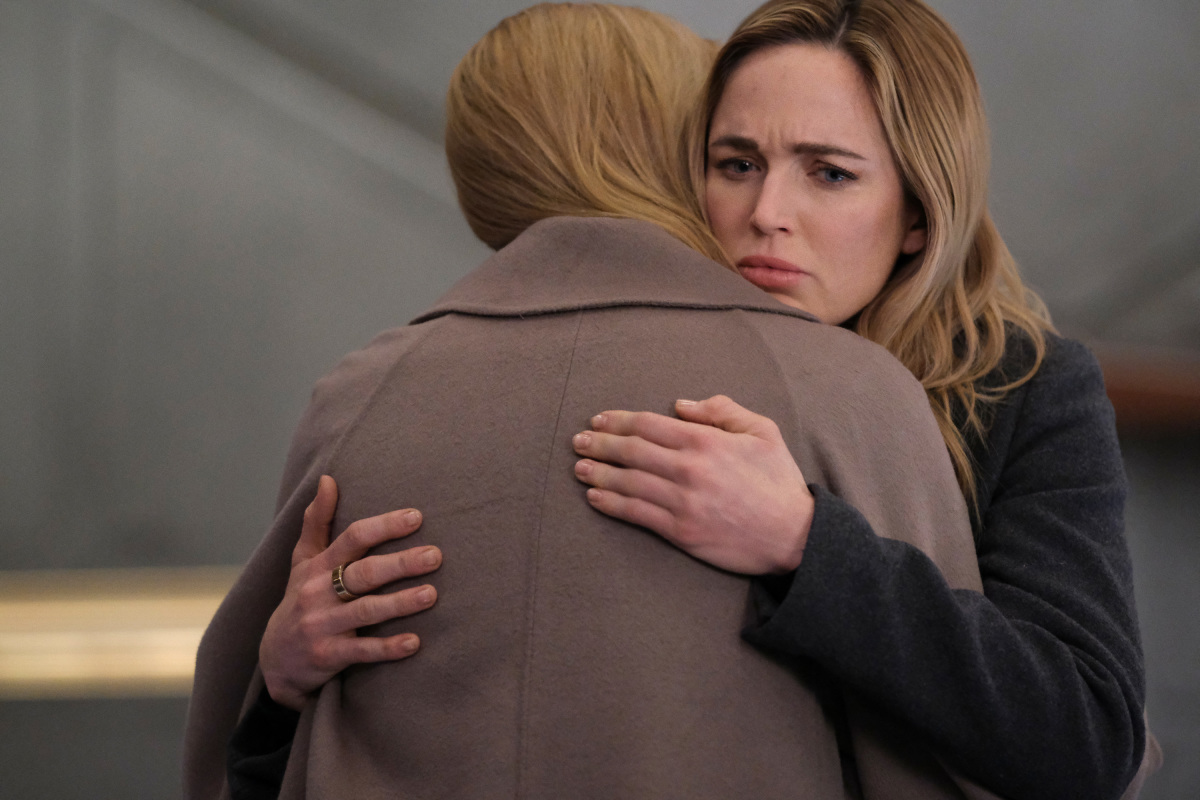 Legends of Tomorrow season 6 has certainly been a mixed bag. The overarching framework of displaced aliens spread through time never really clicked in the same way that many of the series’ other ridiculous setups did. (I mean, c’mon, they made magical creatures work last year, what the heck happened?)

The problems were multiple: Sara was separated from the group for half of the season, the show struggled to really integrate new character Spooner into the team until the season’s final pair of episodes, and entirely too much time has been dedicated to finding a reason to write off Matt Ryan’s Constantine. (Which, as a Hellstar shipper, I’m kind of personally salty about, but hey, at least the pair got something like closure.) And maybe we should all just forget the part where Mick Rory gave birth to several dozen alien babies through his nose who then proceeded to eat the season’s frequently lackluster Big Bad.

But in the end, the finale succeeds because “The Fungus Amongus” focuses on what Legends of Tomorrow‘s biggest strength: The characters at its heart. And after a season that reinvented Sara Lance yet again and gave Ava Sharpe a chance to grow into a leader in her own right, it’s fitting that the series’ most uneven series yet ends with one of its happiest moments: Their long-awaited wedding.

Legends of Tomorrow has always been a show that uses its frequently ridiculous settings and stories to wrestle with the sort of big, emotional, and existential questions that the superhero genre was made to explore. Sure, this season has featured alien-human hybrids, tentacle sex, and literal magic mushrooms, but they’ve all been used as vehicles to ask questions about identity, love, and the things that make us human. And the season 6 finale is no different.

And as season enders go, I’m not even sure that a finale that involves an alien invasion, a surprise wedding, and the exit of two major characters is even that shocking, particularly compared to some that have come before. (There’s no James Taylor singalong or final battle set to a Sisqo song.) But though there’s plenty of “The Fungus Amongus” that doesn’t entirely work, the episode absolutely nails the part that matters: Avalance’s big moment.

That Sara and Ava decide to spontaneously tie the knot in the face of (another) impending apocalypse is perfectly on-brand for their relationship and for the show on which they star. Unlike many other superhero shows (cough cough Arrow cough or Marvel’s Agents of SHIELD if we want to cross franchises), Legends of Tomorrow has never been interested in coming up with obstacles to keep its marquee couple apart, preferring to explore what it means for them to be together.

Instead of manufacturing pointless drama between them, Legends made Sara and Ava’s relationship a centerpiece of the show, allowing viewers to see the myriad ways the two make each other better: As Legends, as leaders, and friends. We’ve seen the two work through deep-seated fears and complex trust issues, choose to be vulnerable with one another, and honestly work through their own identity issues (which, this being Legends of Tomorrow, are fairly legion.)

Ava’s anxiety about being a clone is something that reared its head again as recently as an episode ago, and Sara will likely never feel as though she’s done enough to atone for the sins of her past as a member of the League of Assassins. Yet, the two have managed to find something like peace together, and a relationship where each is accepted – and loved – for exactly who they are. (Even when not always necessarily the best versions of themselves.)

But – and perhaps most importantly – Legends remembers that relationships (even on a superhero show) should be more than a Herculean slog through dark threats trying to force a pair apart. Part of the reason Ava and Sara’s relationship is so much fun to watch is that they are allowed to have fun together. They’re playful, they enjoy one another’s company in silly, simple ways much more frequently than they make desperate declarations of love in dire, possibly life-threatening circumstances.

And their long-awaited wedding ceremony? Absolutely note-perfect, both from a storyline perspective and as a reflection of who both these women are. From Mick walking Sara down the aisle (last of the OG Legends, my heart) and Nate’s description of Avalance’s first meeting to their lovely, heartfelt vows, well.

On paper, Legends has never been the sort of show that should work as well as it does in practice, but this sequence is a perfect example of why: Yes, this is a relationship between a clone and a possibly immortal former assassin, but at its a heart, it’s a love story between two damaged people whose broken pieces fit together into something stronger than either of them ever could have been on their own.

That they end up ultimately having to say their “I do’s” inside a literal circle of their friends while aliens are trying to kill them all? Well, I’m not sure we could have asked for anything more. It’s a moment that feels so well earned – both for the characters onscreen and those watching at home. It’s hard to overstate how much the Avalance relationship has come to mean to LGBTQ+ fans of the show, especially because Legends of Tomorrow has worked overtime to keep their love story grounded and real – something that exists beyond a need to check a diversity box or drive internet buzz. These two women are together because they can’t not be, whether the earth is ending around them or not. And that’s surely something worth celebrating.