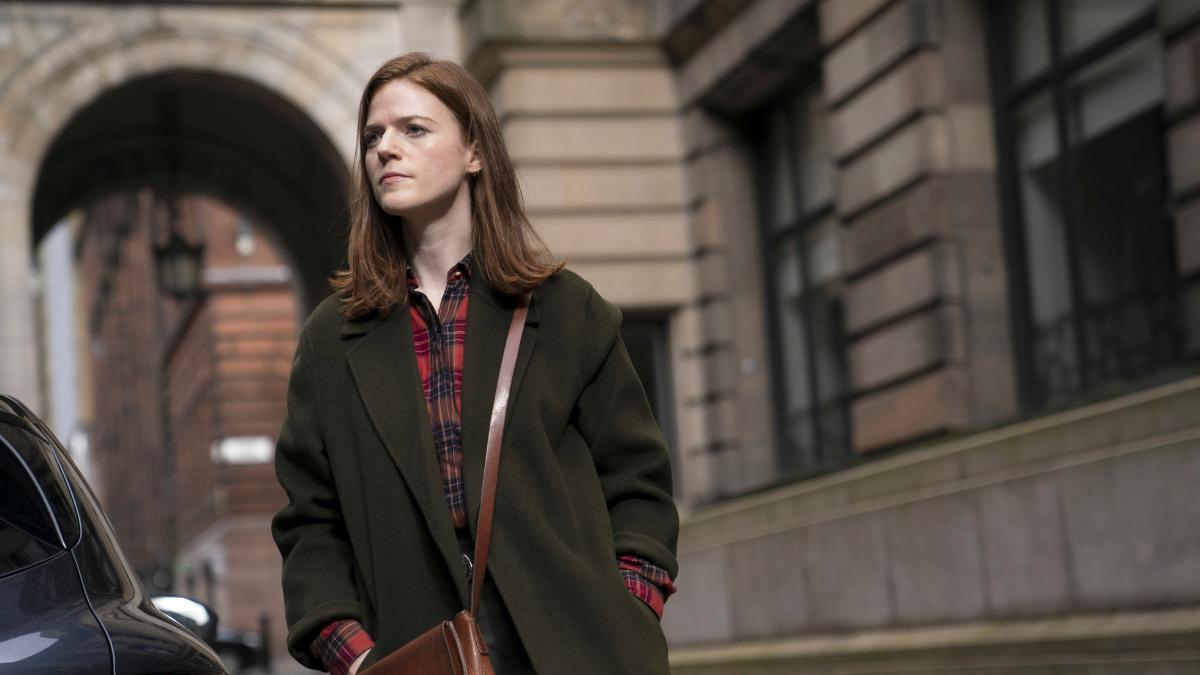 A great deal happened in the latest Vigil episode. DC Longacre declared a joint investigation into the muhduhs of Craig Burke and Jade Antoniak, and discovered a major Royal Navy cover-up. DCI Silva discovered that CPO Glover and Lt. Doherty have been secretly having it off. Poor engineer Gary Walsh almost shot himself. MI5 showed up. As did the US Navy. And everybody sang a hymn. If you’re still unsure how it all fits together, join us in getting the story straight and putting our speculation hats on below.

What happened in Port Havers, Florida?

18 months ago, HMS Vigil was in Florida for missile maintenance, and when the crew went ashore, they went on what sounds like a hedonistic rampage that resulted in public brawling and multiple arrests. For a possible true story inspiration, look up reports around HMS Queen Elizabeth (not a nuclear submarine but a Royal Navy aircraft carrier) in Florida in September 2018. Six naval personnel were confirmed to have been arrested by local Jacksonville police and one was tasered for resisting arrest, though the Ministry of Defence was unable to confirm which ship those six personnel served on… Sound familiar?

Back to the fiction. Vigil’s reactor was on cooldown for the service, and Ross Harmisen, the engineer who should have noticed that the cold water system was failing, had been out on the lash and was sleeping it off in his bunk. The reactor temperature sky rocketed, which over-pressurised the steam in the boat’s old, corroded pipes, one of which cracked under the pressure, cooking alive two US marine contractors. “A few degrees hotter and we were looking at another Fukushima,” as engineer Walsh sums up.

How were the marine contractor deaths covered up?

Walsh, Harmisen and the others on board when the contractors were killed were taken into a room and “told to sew [their] mouths shut” by Navy officials. The public story was that the two men drowned, and their bodies were discovered the next morning floating in the deep water harbour (though presumably, showing all the signs of the real cause of death?). As for the drunken and drug-fuelled brawl, the crew’s urine was sent for testing, but medical officer Lt. Doherty cheated by swapping clean urine in to ensure they didn’t get into trouble for the drugs. Was she pressured to do it by Captain Newsome, or maybe her fling, CPO Glover? Or simply acting as a friend?

Who spiked Craig Burke with LSD?

In Port Havers, Burke was disciplined for smashing up his room under the influence of LSD, which he maintained he hadn’t knowingly taken. He was so incensed that nobody believed him that he later paid for a drugs test to prove it. Was Burke spiked as a cruel joke by a crewmate bully (he wasn’t popular) or was it part of a more sinister plan?

According to Hadlow, the tests didn’t indicate that the reactor was malfunctioning, so it’s likely somebody manually shut down the reactor at the end of episode one. Walsh was injured in the nitrogen burst when the scram happened – was that an accident or part of the plan to silence Gary Walsh about Port Havers?

Why was the US Navy tracking HMS Vigil?

The fishing trawler that was dragged underwater in episode one after its nets snagged on a hidden submarine (as really happened to the crew of The Antares in 1990) tore off some of the anechoic tiles coating the boat. When the British Navy divers analysed the tiles, they realised they were from a US boat and not, as the Rear Admiral suspected, Russian in origin. Did the US Navy know about the averted hydrogen explosion in Port Havers? Did it conspire in the contractor deaths cover-up? Did the Americans have a motive to have killed Craig Burke, and were they somehow behind the poison?

As of episode three, the Coxswain is looking suspicious. Craig Burke had a collection of blackmail material on the crew saved to his secret thumb drive, including saucy photos of CPO Glover (identifiable through his dragon tattoo) with the ship’s medic Lt Doherty. (The photos in Glover’s office suggest that he’s married with kids.) Did either of them tamper with the paracetamol Burke requested from Doherty for the headache he got after Lieutenant Commander Prentice punched him? It seems an overreaction.

Another option is that Burke was killed because he was planning to go public about the Port Havers incident. Though Burke was ashore when the almost-meltdown happened, he found out about it, and through his girlfriend Jade, was talking to anti-Trident Scottish MP Patrick Cruden. Burke indicated to Cruden that he had “something that showed these boats weren’t fit for purpose” which he thought could spell the end of nuclear submarines. So whoever was the killer is somebody with a vested interest in Trident continuing. Captain Newsome? The Rear Admiral?

Who leaked Burke’s death to the press?

Lt. Cdr. Branning accused DC Longacre of leaking the news of Burke’s death to the press, but she vehemently denied it. Was it somebody else in Longacre’s team? Her colleague Porter perhaps, or their boss DSU Robertson? Somebody who stood to gain from the news leaking might be MP Patrick Cruden, who is campaigning on an anti-Trident platform. Perhaps his aide Mark Hill found out about Burke’s death through his peace camp contacts and told the press to speed up the controversy?

No idea yet, but there’s something suss about peace camp leader Ben Oakley. Or at least, Jade seemed to be wary of him. She thought that MI5 had infiltrated the camp and stolen her laptop. Her phone wasn’t recovered from her body so her killer took that too. Is Ben an undercover MI5 agent? Are they trying to cover up the Florida incident too, and so killed Jade because she was part of Craig Burke’s whistle-blowing?

It’s also worth thinking about MP aide Mark Hill, who knew Jade was dead before the news was made public, and had been privy to her acting as go-between for Burke and her anti-Trident secret MP father Patrick Cruden. Hill had access to Jade, and she seemed to trust him. Maybe he has a hidden agenda?

Who burgled and attacked Longacre?

Whoever sent those balaclava men was looking for Burke’s thumb drive, which contains all the dirt on HMS Vigil’s crew and Port Havers. The Navy (to suppress it)? MP Patrick Cruden and his aide Mark Hill (to expose it)? Or MI5 to… well, we don’t quite know how British Intelligence fits into this yet. We don’t know what they want with Longacre, though we do know that instead of spying on her and chasing her around Glasgow in a car though, they could have just… asked. They were at her workplace earlier in the day chatting with her boss, after all.

Finally, how is Silva going to cope without her meds?

Vigil continues next Sunday the 12th of September at 9pm on BBC One.