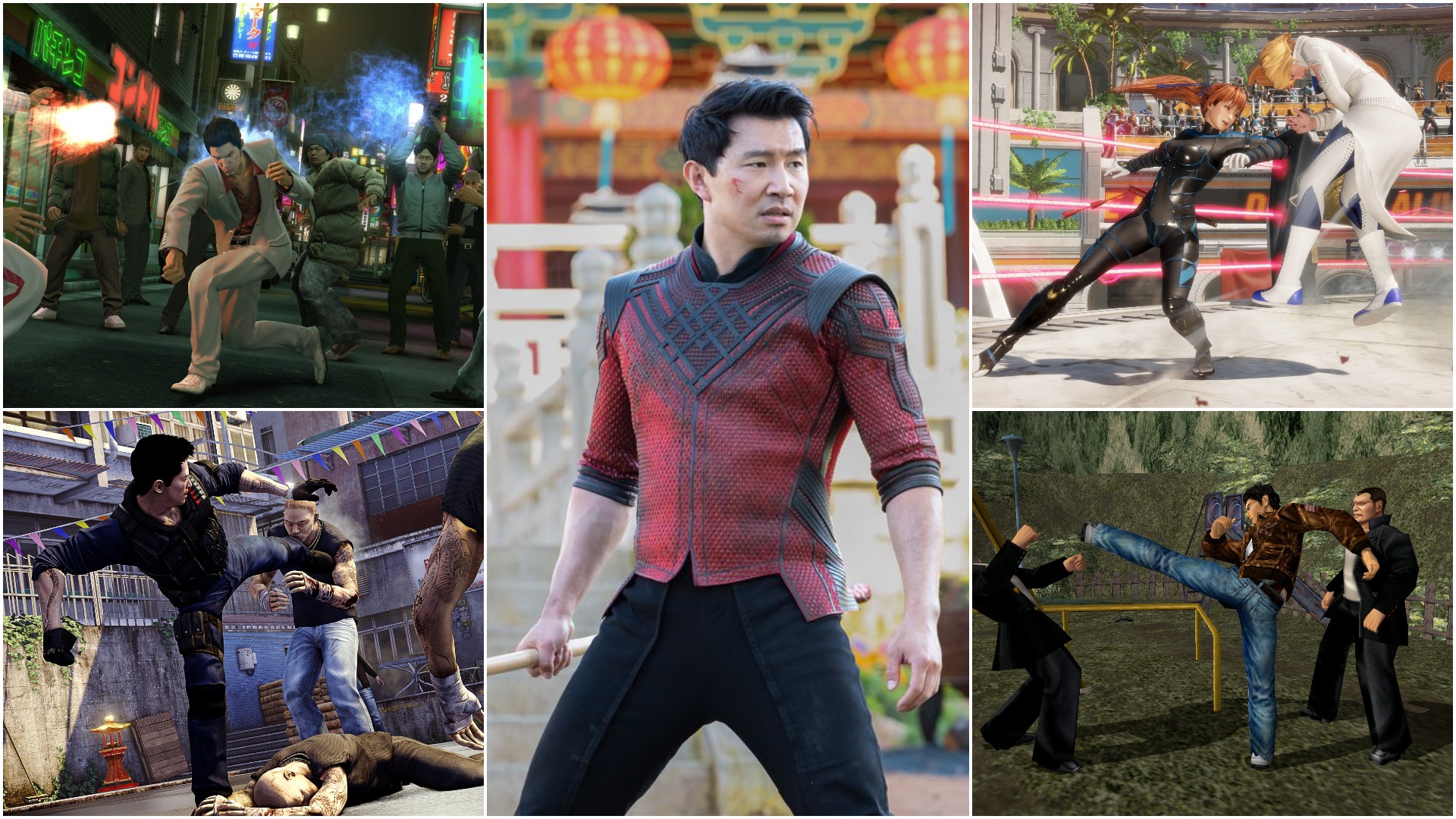 Shang-Chi and the Legend of the Ten Rings isn’t just one of the MCU’s best origin stories and the movie that has everyone readjusting their box office expectations. It’s also an incredible fantasy-driven martial arts adventure that will likely leave you craving more.

While there’s no shortage of movies and shows that offer such fixes, there’s always been something amazing about pairing a hit new movie with a game that lets you live out your favorite on-screen moments as closely as possible. Granted, there has been a sad shortage of truly exceptional martial arts video games over the years, but that doesn’t mean that there aren’t a few true classics and a few more hidden gems out there that you absolutely need to play.

Here are 15 of the best martial arts video games to play when you’re looking for a way to come down from that Shang-Chi high.

Max Payne’s Kung Fu mod isn’t exactly the most refined martial arts gaming experience, but if you prefer a mix of martial arts and gunplay in your elaborate action sequences, then you have to check out this legendary fan creation.

Yes, this mod adds extensive melee combat options to the already brilliant Max Payne experience, but the surprising highlight of this impressive mod may just be the array of athletic bullet dodge animations it adds to your defensive arsenal. It’s basically the best Matrix game ever made.

Like most of the fighting games we’ll be talking about throughout this list, I can’t really sit here and tell you that the Dead or Alive series offers the most authentic martial arts experience in the world. Actually, part of the reason it’s so easy to recommend this series is that it sometimes trades realism and complexity for bone-breaking, hard-hitting, over-the-top action sequences.

This one is for martial arts movie fans who love to buy into the idea that their favorite film fighters can send opponents flying across the room with every hit. It’s a tremendous experience for those who want to live out their most absurd martial arts dreams.

Overgrowth is a bizarre and uneven game that honestly might be a little too dependant on its community-created content. However, the fact remains that there are very few fantasy martial arts games that offer anything close to what this one does.

This is a classic “mystical kung-fu adventure” that just so happens to star a cast of rabbits. The style is going to be a turn-off for some, but it’s hard to deny that this game’s heart is in the right place and that it gets some of its biggest ideas right.

It’s almost as hard to find a way to play God Hand in 2021 as it is to beat this incredibly difficult game, but if you’re looking for some of the best martial arts combat in video game history, then it’s very much worth seeking this gem out.

God Hand is as bizarre as video games get, but this action title’s wonderfully complex and ultimately enjoyable martial arts combat system is more than enough to make you work through its rough edges and “WTF?” moments. It’s a true gem that deserves a proper remake.

In a better world, more people would have played 9 Monkeys of Shaolin: an incredible old-school, martial arts beat-em-up with modern mechanics and RPG elements. Of course, now is always the best time to play this underrated action title if you’ve never done so.

This isn’t the deepest game in the world, but its brilliant blend of martial arts style and arcade beat-em-up action will leave you wondering why more developers haven’t tried something like this before.

Shaolin vs Wutang is described as a “love letter to Martial Arts and classic Kung Fu films,” and I honestly can’t think of a better way to sell someone on the things this game does so well.

While not a hardcore fighting game by any means, Shaolin Vs Wutang is arguably one of the best ways to live out your golden age kung-fu movie dreams. This whole thing is just a warm blanket of genre goodness.

What Redeemer lacks in pure martial arts combat it more than makes up for by virtue of being one of the most entertaining and wild top-down action games in recent years.

This story of a monk with a dark past who is out for revenge is highlighted by wonderfully absurd action sequences that keep you on your toes without forgetting that the whole point of such experiences is to have as much fun as legally possible. If you are a fan of this genre at all, you really should go out of your way to play this one.

Tekken 7’s complex mechanics are a favorite among top-tier fighting game players, but the game’s core combat is enjoyable enough to help ensure that even inexperienced players will be able to enjoy much of what makes this series so special. Of course, you could also go back and play the always brilliant Tekken 3.

Imagine a kung-fu version of a Devil May Cry-style action game, and you’ll have a pretty good idea of what makes Kung Fu Strike – The Warrior’s Rise such a compelling action experience.

While I can’t fairly rank this indie gem among the very best games in that particular genre, I have to say that this title scratches a very specific itch that more than makes up for its general jankiness and sometimes absurd difficulty.

Absolver’s incredibly complicated combat system is both a blessing and a curse. You’re either going to fall in love with the process of learning it or you’re going to be turned off by its sometimes awkward, and almost always unforgiving, core mechanics.

If you do happen to fall in love with Absolver’s fighting system, though, then you’ll likely find that it’s incredibly difficult to go back to other martial arts fighting mechanics. If nothing else, this is an incredible experiment that will hopefully be used as the basis for something even better down the line.

Before you let One Finger Death Punch’s simple visuals and sometimes corny (maybe even occasionally offensive) presentation completely turn you off, consider that this rhythm-based action game is designed to reward its best players with some of the most insane “choreographed” martial arts fights that you’ll ever see.

It’s incredibly easy to lose yourself in this title’s unique action gameplay, but don’t forget to look up from the action bar once in a while to appreciate the results of your (hopefully) perfect input commands.

Any day is a good day to recommend Yakuza 0, but it would certainly be a sin to talk about gaming’s best martial arts experiences and not recommend arguably one of the best games of its generation.

Give yourself time to get used to Yakuza 0’s pseudo-open-world environments, strange story, and bizarre blend of gameplay styles, and you’ll be rewarded with one of the richest crime epics in video game history that also happens to feature some of the most satisfying martial arts-based combat you’ll ever learn to love.

I’ve called Jade Empire BioWare’s last great experiment, which is both a testament to its creativity and an acknowledgment of the fact that it’s not exactly the studio’s most polished RPG. However, it has to be said that this game’s blend of epic role-playing and mythical martial arts action remains as appealing and unique as it’s ever been.

It’s a real shame that BioWare will probably never get a chance to get this idea right, but Jade Empire remains a more than worthwhile experience, especially if you play it after coming off that Shang-Chi high.

Yes, it’s a bit of a cheat to include three games in one entry, but you have to acknowledge that the Shenmue trilogy is arguably the most impressive overall accomplishment in the history of martial arts video games.

Play Shenmue 2 if you only have time for one game in this trilogy, but a little patience with this series’ sometimes glacial pacing and rough production elements will ultimately result in the privilege of getting to experience an adventure that can ultimately attribute its divisiveness to its commitment to being different.

On the one hand, it’s always felt at least a little insulting to describe Sleeping Dogs as “a martial arts fuelled GTA-style open-world game” and call it a day. On the other hand, Sleeping Dogs is somehow even better than that already promising description makes it sound.

Sleeping Dogs is quite simply one of the most enjoyable open-world games of the last 10 years as well as one of gaming’s best uses of martial arts action. This title’s most loyal fans will tell you that it’s even better than the GTA series, which might be a little bit of a stretch but should give you some idea of just how much fun this game really is.

The only way you’ll get me to run is if a Allosaurus is chasing me.🦖 #short #shorts #scifi
MILESTONE GENERATIONS OFFICIAL TRAILER
Marvel Studios’ Ant-Man and The Wasp: Quantumania | Experience
FLASH FACTS | Official Trailer
The Last of Us: Are the Infected Actually Zombies?