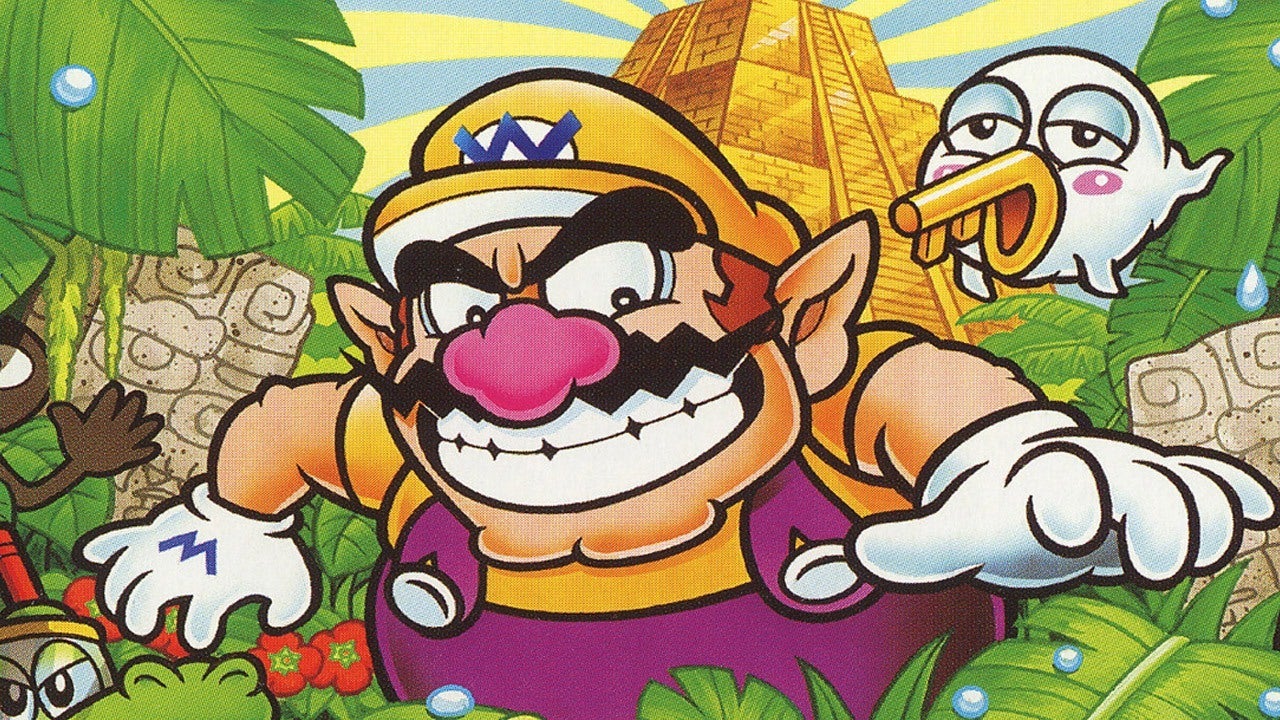 WarioWare: Get It Together! not only revives one of Nintendo’s most enjoyable pick-up-and-play experiences but reminds us that Wario has managed to become far more popular over the years than Nintendo seemingly ever intended. We don’t want to remind you of SNL episode where Elon Musk dressed as Wario, but here we are.

Indeed, it’s doubtful Wario was ever supposed to be little more than Mario’s “Star Trek-esque” evil doppelganger. I mean…just look at the guy. His trademark symbol is essentially an upside-down “M” and the origins of his name roughly translate to “bad Mario.” He initially appears to be little more than the most obvious villain you could think of.

Yet, a deeper dive into Wario’s strange history reveals that he might be more than that. Actually, there’s a popular fan theory that suggests Wario is not only secretly an obsessive Mario fan but that he might just be a sly piece of commentary on the entire fanboy concept.

Wario was created to play the villain in the 1992 Game Boy classic, Super Mario Land 2: 6 Golden Coins. As mentioned above, he was pretty much seen as “bad Mario” or “anti-Mario” at that stage, with some reports suggesting that he was viewed internally as the Bluto to Mario’s Popeye. Indeed, it’s easy to see a lot of Bluto in Wario’s physical design and generally unappealing characteristics.

Interestingly, though, the motivation to make Wario the “anti-Mario” may be based on more than a simple visual way to convey his villainous nature. In fact, it’s been said that the creation of Wario was partially inspired by the Mario Land 2 team’s initial hesitancy to develop a game based solely on another team’s characters and worlds. The creation of Wario gave them their own character to work with.

Interestingly, the spirit of that idea is echoed somewhat in an old Club Nintendo magazine comic which suggested that Wario is essentially a clone of Mario that was accidentally created by Dr. Light of Mega Man fame. It’s an amusing theory, but since Nintendo has never referenced it again, we’ll just ignore it for now.

Officially, Nintendo used supplementary materials to suggest that Wario and Mario were once childhood friends who became bitter rivals. That idea has been disputed by some in the past (as well as contradicted slightly by subsequent Wario stories), but it again leaves you with the basic idea that Nintendo saw Wario as a familiar rival to Mario who represents different (even opposite) characteristics.

It was a simple enough idea that would soon become complicated by Wario’s “growth” as a character and how fans and developers chose to interpret what they saw when they looked at him.

For the moment, let’s put aside a debate over whether Wario is best described as a rival or a fan and simply focus on the one Wario characteristic that unites both ideas: Wario’s obsession with Mario.

The first time we ever see Wario in a game, he has essentially hijacked Mario’s castle, established residence there, and redecorated the whole thing to better reflect his own image. While that certainly seems like classic villain behavior, there’s still the question of why Wario would go to such lengths. After all, he didn’t seem to be in it for the money (that would come later), a princess, the kingdom, or even simply the castle itself. So…why bother?

This is where the supplementary material would lead you to believe that Wario did all of this out of his bitterness towards Mario. That theory is seemingly supported by a Nintendo Power comic called “Mario vs. Wario” in which it is “revealed” that Wario is angry at Mario for mistreating him as a youth (Wario believes he was bullied by Mario) and does indeed want to get revenge on him in any way he can.

It’s a simple enough explanation that still doesn’t quite answer every question fans had about Wario. For instance, if Wario hates Mario so much, why does he dress like him and mimic so many of his actions and goals? If this is all about hate and revenge, why does he seem to almost want to replace Mario like he’s Jennifer Jason Leigh in Single White Female?

Well, the simplest explanation revolves around the idea that, in some way, Wario is indeed obsessed with Mario and has seemingly devoted quite a bit of his life to getting Mario’s attention however he can. Call it jealousy, revenge, or whatever you’d like, but it can all be traced back to some kind of obsession.

What about the fanboy theory, though? Well, it turns out there is certainly no shortage of evidence to support that idea. In fact, a deeper dive into that possibility may reveal some potentially uncomfortable truths about the Wario character…

The idea that Wario is an obsessed Mario fanboy is most often traced back to a reinterpretation of the character’s first appearance. What if Wario didn’t put Mario through everything he went through in Super Mario Land 2 simply out of revenge but rather because his obsession with Mario turned him into a Mario fanboy? What if he grew up thinking Mario was the coolest kid in the world and then watched Mario become Mushroom Kingdom’s biggest celebrity?

That would certainly explain Wario’s looks, desire to mimic Mario’s actions/motivations, and even the idea that his first big move was to invade Mario’s home. Wario even keeps a few of the Mario statues spread throughout that castle, which is kind of an odd thing to do if he simply hated the guy.

For the moment, allow yourself to buy into the idea that Wario did morph into a Mario fanboy at some point. If you reexamine elements of the character’s evolution through that lens, then you also may start to see some of the ways Wario isn’t just a hardcore Mario fan but the ways he strangely represents fanboys in general.

For instance, Wario apparently has notoriously awful hygiene, which is certainly a characteristic commonly associated with the worst of the worst fanboys. He’s also brutish, arrogant, often portrayed as being quite stupid, and even constantly obsessed with money in the way that some fanboys are whenever they use a company/product’s fiscal success to justify their love of the thing itself.

Wario has also consistently been portrayed as being quite vain which strangely contributes to the idea that he is actually selfish and ultimately projects his obsession with himself through superficial relationships and surface-level fascinations with others. Let’s also not forget that Wario has followed Mario’s career nearly every step of the way (Wario has been a Mario spin-off fixture for years now) and even eventually found a “brother” for himself in Waluigi: another potentially obsessive fan who may have contributed to Wario’s obsession by giving him a community that bolstered the validity of his viewpoints.

You could even see the WarioWare games as evidence that Wario is a bit of a parody of the fanboy concept. After all, the game is based on Wario creating cheap and simple games that sometimes mimic Nintendo’s own titles, and you know what Nintendo’s attitude towards fan games has been like throughout the years.

However, the most compelling piece of evidence to support the fanboy theory may be the idea that Wario was created partially out of spite of the entire Super Mario concept. What if Super Mario Land 2 developer Nintendo R&D1 were especially resentful towards being asked to make an entry into someone else’s franchise and, on some level, created Wario as a sign of their bitterness towards being asked to lose themselves in someone else’s creation?

It’s an interesting idea that offers something fun to chew on, but it doesn’t necessarily hold up under close scrutiny. In fact, the idea that Wario is a Mario fanboy sells the character’s evolution and modern purpose a bit short.

While the Wario is a Mario fanboy argument can’t completely be dismissed, it is easy enough to weaken some of the theory’s pillars.

First off, Wario’s Mario-themed attire was seemingly explained in Yoshi’s Island DS (Wario’s first chronological appearance in the Super Mario timeline). There, we see Baby Wario in his trademark attire (complete with a “W” hat). That seems to suggest that’s just how everyone in the region Mario, Wario, and Luigi grew up in happened to dress. That’s a bit odd, but I’m willing to accept it as a canonical explanation.

As for Wario’s desire to take over Mario’s castle…well, just about every aspect of that plan can indeed be attributed to the idea that Wario was just out for revenge and decided to go full Count of Monte Cristo by not only taking everything his rival had but aspiring to live a better life in the process. You’d probably be pretty sore too if the weird kid you grew up with suddenly lived the better version of your dream life.

Wario’s greed could also help explain a lot of his Mario-esque characteristics. Why buy a castle when you could take one? Why come up with your own moves and characteristics when you could just copy something that works? We know from WarioWare that Wario isn’t above putting in the least work possible to maximize profits, so it makes sense that he would just fake it until he makes it.

More importantly, the public perception of Wario has evolved over the years in a way that may not completely dismiss the fanboy origin theory but does suggest that the character has grown beyond those origins (if that ever was the intention in the first place).

In fact, the team at Good-Feel (developers of Wario Land: Shake It!) previously said that they didn’t even see Wario as a villain. Instead, producer Takahiro Harada stated that, in his mind, Wario was “so uncool that he ends up being extremely cool.”

That statement really gets to the heart of who Wario is today. Maybe he was created as a kind of sigh and groan towards the very idea of being “forced” to make a Mario game, but Super Mario Land 2‘s developers eventually embraced Wario as their own platforming mascot and went on to make some truly great games starring him.

Wario is kind of like the Stone Cold Steve Austin of Nintendo characters. Yes, he’s loud, gross, foul-mouthed, and unconventional, but in the buttoned-up and tame world of the Super Mario games, he feels like an only slightly rancid breath of fresh air. Wario is the consummate outsider who made a name for himself by being different (even when he was copying others), so it’s easy enough to understand why he’s been adopted by the internet as this kind of antihero whose worst qualities oddly make him that much more likable.

Maybe Wario isn’t really an obsessed fanboy, but he has certainly become a rallying point for Nintendo fans who like to point out that they ultimately get to determine what they love and that they’ll probably always find a way to rebel against Nintendo’s occasional reliance on traditionalism as well as their clean, family-friendly image.