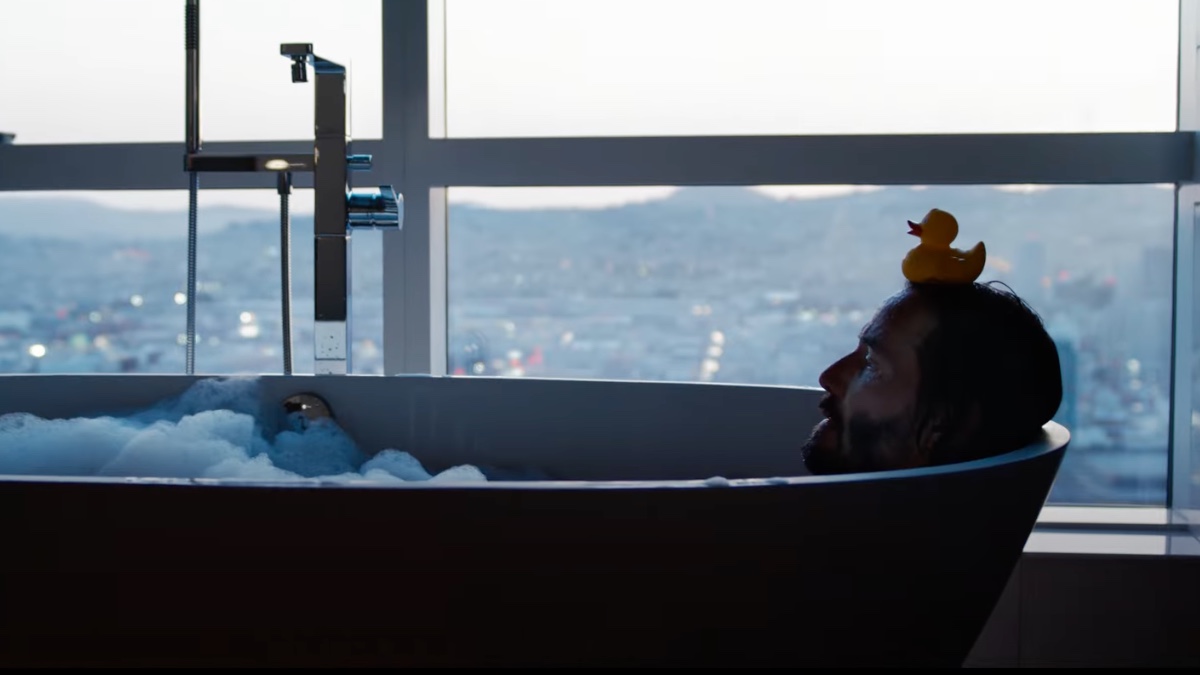 Something tells us you may have heard that the trailer for the next installment of a certain beloved 1999 sci-fi action film arrived today. Ah hell, let’s just watch the trailer for The Matrix Resurrections again right now.

Yep, still pretty cool. All of Den of Geek’s sentinels are hard at work in Machine City right now breaking down every inch of new Matrix Resurrections footage. In the meantime, however, there’s one urgent question that needs to be addressed. How did Neo (Keanu Reeves) make it back into The Matrix anyway?

The trailer leaves no confusion that when the fourth Matrix film picks up, Neo will be back in The Matrix’s artificial world, living out his life as the lowly office drone Thomas Anderson once again. In the clip, we see Neo a.k.a. Mr. Anderson visiting with his therapist (Neil Patrick Harris), gobbling down bottles of blue pills, and even meeting Trinity (Carrie Anne Moss) in a coffee shop. (“Have we met?” she wants to know).

It’s understandable why The Matrix Resurrections would want to bring things back to some semblance of a status quo, if only even to better capture the rhythms of the first film, but how did Neo get here? Due to his status as The One, did the Machines allow Neo some agency in deciding his future? Now that Trinity was gone, did he decide to be plugged back in?

These are all valid questions that take us back to the ending of the original trilogy. Though The Matrix franchise is fit to bursting with supplemental material like videogames, comics, and animated shorts, the cinematic story ended in 2003’s The Matrix Revolutions. In that installment, the existence of both The Matrix and the real world were threatened by the rogue program known as Agent Smith (Hugo Weaving). Neo, knowing he was the only entity powerful enough to stop Smith, cut a deal with the Machines dominating humanity to leave the human city of Zion alone in return for his help.

Neo was ultimately able to defeat Smith by recognizing that the Matrix craved order. He allowed himself to be consumed by Smith and the two sides of The Matrix’s equation canceled each other out, ending this iteration of the program and preserving the survival of the real world. The Architect and The Oracle then allow for the creation of a new Matrix so that the tenuous status quo can continue. The last we see of Neo is his body in the real world being dragged off by the Machines for purposes unknown.

How interesting then, that this trailer presents a moment in which Neo’s body appears to be under the influence of the machines in the real world once again.

It’s possible that The Machines are liquidating Neo’s corporeal form for energy or more likely to be used as material to create the next “One” for the new Matrix. Perhaps then the version of Neo that we see in this trailer is merely the next in a long line of interchangeable saviors. If that’s the case though, then what are we to make of this Neo’s fixation on Trinity?

This trailer goes out of its way to establish that Neo and Trinity still share a special connection. Not only do we see them together a half-dozen times but Yahya Abdul-Mateen II’s character (who is definitely Morpheus) tells Neo “the only thing that matters to you is still here. I know that’s why you’re still fighting and why you will never give up.” We also get to see a brief glimpse of what appears to be Trinity being “waking up” back in the real world.

Maybe Trinity is every bit the pre-prescribed role player as Neo in the ongoing saga of multiple Matrices. But maybe, just maybe the entities known as Neo and Trinity are actually singular and special outside of the context of The Matrix. If that’s the case then it’s possible that Neo, before he perished for good in the real world, asked to be reinserted into The Matrix alongside a resurrected Trinity.

That all seems like a fair deal for the person who saved two worlds. Why wouldn’t the Machines grant The One’s wish of a digital afterlife with the woman he loves? Based on the mere existence of The Matrix Resurrections, however, it’s clear that no happy afterlife can last forever.