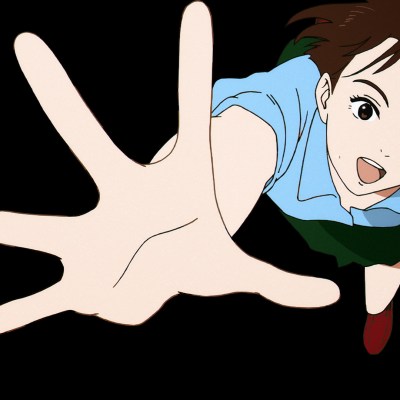 This My Hero Academia review contains spoilers for Season 5, Episode 23.

There’s an inherent risk of ruining the magic that surrounds certain characters by answering all of the questions that contextualize them—especially when it comes to villains—but My Hero Academia has not only avoided this particular story struggle, but excelled in the territory and turned the challenge into some of the show’s most powerful episodes. They’re the perfect amount of dark and haunting without feeling exploitative or off the mark from what the series should represent.

There is no shortage of villains in the series and My Hero Academia’s “My Villain Academia” story arc has risen to the occasion by choosing some of its more vicious and unstable villains to put under the microscope. The culmination of this is of course Tomura Shigaraki, the head of the League of Villains, the series’ central antagonist, and a character who’s increasingly been positioned as Izuku Midoriya’s dark counterpoint. Previous episodes have provided flashes of Shigaraki’s grim past, but it’s nothing compared to what’s uncovered in “Tenko Shimura: Origin;” an excellent episode that, as its title suggests, there’s a lot more to Tenko “Tomura Shigaraki” Shimura than the audience realizes.

Shigaraki has commanded an air of intimidation ever since his first appearance, largely because the cluster of severed hands that decorate his face is definitely a look that would give villains like Red Skull or Two-Face pause. My Hero Academia casually dropped the bomb of backstory that these hands are actually from the members of Shigaraki’s family; a morbid badge of courage over how much he’s changed. “Tenko Shimura: Origin” is the first time that the specifics of this tragedy get unpacked and it easily ranks up there with the series’ most devastating moments.

Shigaraki’s flashbacks are so heartbreaking because there’s a real sense of calm and happiness in their normal suburban life that the audience knows will decay into ash at a moment’s notice. The complete annihilation of one’s family is enough to break even the most altruistic of heroes. There’s no scenario in which this loss feels acceptable, but “Tenko Shimura: Origin” doesn’t hold back when it comes to the fear, sadness, and shame that dominates the “birth” of Shigaraki.

The episode details that Shigaraki loses everyone–not just his mother and father, but also his grandparents and even his dog–which leaves him in a newly harash world. The most gutting collateral damage from Shigaraki’s burgeoning Quirk is his sister, Hana, who was always there for him. Even after all of this pain it’s still possible to picture a version of Shigaraki that’s able to live a healthy life–possibly even as a hero–if he still had Hana by his side for support. This isn’t a villain who had nobody for support. It’s a villain who destroyed his support and left himself with nobody.

Shigaraki’s past pain helps fuel his current fight against Re-Destro. The Meta Liberation leader inadvertently triggers an epiphany in Shigaraki that leaves him more ready than ever to set the world on fire. Re-Destro preaches over the inherent connection between an individual’s Quirk and the user’s temperament, which in Shigaraki’s case paints the picture of a villain who is only interested in destruction. Re-Destro chastises Shigaraki’s undisciplined rage and that a life full of destruction that doesn’t in turn create anything beneficial isn’t sustainable. Re-Destro isn’t necessarily wrong in this assessment, but it’s still quite powerful that the sheer nature of erasure is enough for Shigaraki. He’s treated like a character who literally has nothing to lose, unlike Re-Destro, which is one of the most terrifying things in the world.

This clash of ideals and Quirks culminates in a sprawling battle that’s beautifully animated where the whole city faces destruction. Shigaraki loses more of the ties to his past as the hands of his family also slowly get destroyed. The destruction of these keepsakes is a satisfying way to provoke Shigaraki’s memories regarding each of these hands’ corresponding family members and the role that they played in his life before he fully committed himself to evil, buried himself in pain, and evolved from Tenko Shimura to Tomura Shigaraki.

These “My Villain Academia” episodes have been able to improve the series through their unique perspective, but they’ve also carefully established deeper parallels between its opposing characters. Shigaraki’s transformation into a conduit for All For One hits harder once it’s portrayed as this toxic version of the genuinely empowering and fostering relationship that exists for Midoriya as All Might’s One For All successor. This is a simple, yet thematically rich idea that My Hero Academia has teased throughout its five seasons, but it finally pushes it to an explicit point that thankfully strengthens and continues to add depth to the rivalry that exists between Shigaraki and Midoriya. It’s no coincidence that Shigaraki as a child looks almost identical to Deku.

The existing pain and residual trauma that festers from All Might and All For One’s feud becomes reignited through their successors and turns the powerful showdown to a conflict that becomes representative of something much bigger and more powerful. It’s not just a battle between a hero and villain, but ostensibly a conflict between generations of pent up good and evil. “Tenko Shimura: Origin” is even able to further fan the flames in this respect with its casual revelation that Shigaraki’s grandmother is All Might’s former mentor (and former One For All bearer), Nana Shimura. This connects the dots between heroes and villains, and One For All and All For One, in even more rewarding ways that will surely lead to an emotional blow-up between these factions next season.

“Tenko Shimura: Origin” is quite focused on Shigaraki’s past pain and it allows these moments to properly breathe rather than run the risk of rushing this necessary development and having it feel unearned. There’s still a city-wide skirmish that takes place around all of these irreproachable reminiscences. The rest of the League of Villains, in particular Spinner, lend a hand against the Meta Liberation Army’s horde of recruits. These distractions don’t amount to much and the Not-Ninja Turtle receives a massive dose of humility.  It’s still a helpful reminder of the full scope of this war and that Shigaraki and Re-Destro’s showdown is just one corner of calamity.

“Tenko Shimura: Origin” is true to its name and doesn’t disappoint when it comes to its look into this fragile, hateful villain’s past. My Hero Academia’s shift to the dark side continues to bear strange, delicious fruit as it further humanizes the individuals that the series has conditioned its heroes and audience to hate. This episode opens up My Hero Academia in a major way, but with next week’s penultimate installment also set to unpeel more layers of Shigaraki, it’s currently unclear if these two episodes could have been combined into a solo entry or if there’s enough trauma in Shigaraki’s life to go around.

After all, satisfaction is an itch that’s very hard to scratch…

James Gunn’s Plan for DC Video Games Sounds Awfully Convoluted
How to Find a PS5 and Xbox Series X In 2023
Marvel Studios’ Ant-Man and The Wasp: Quantumania | Experience
The Last of Us: How Long Does It Take to Beat the Games?
Dead Space Remake Release Time: When Will the Game be Playable?