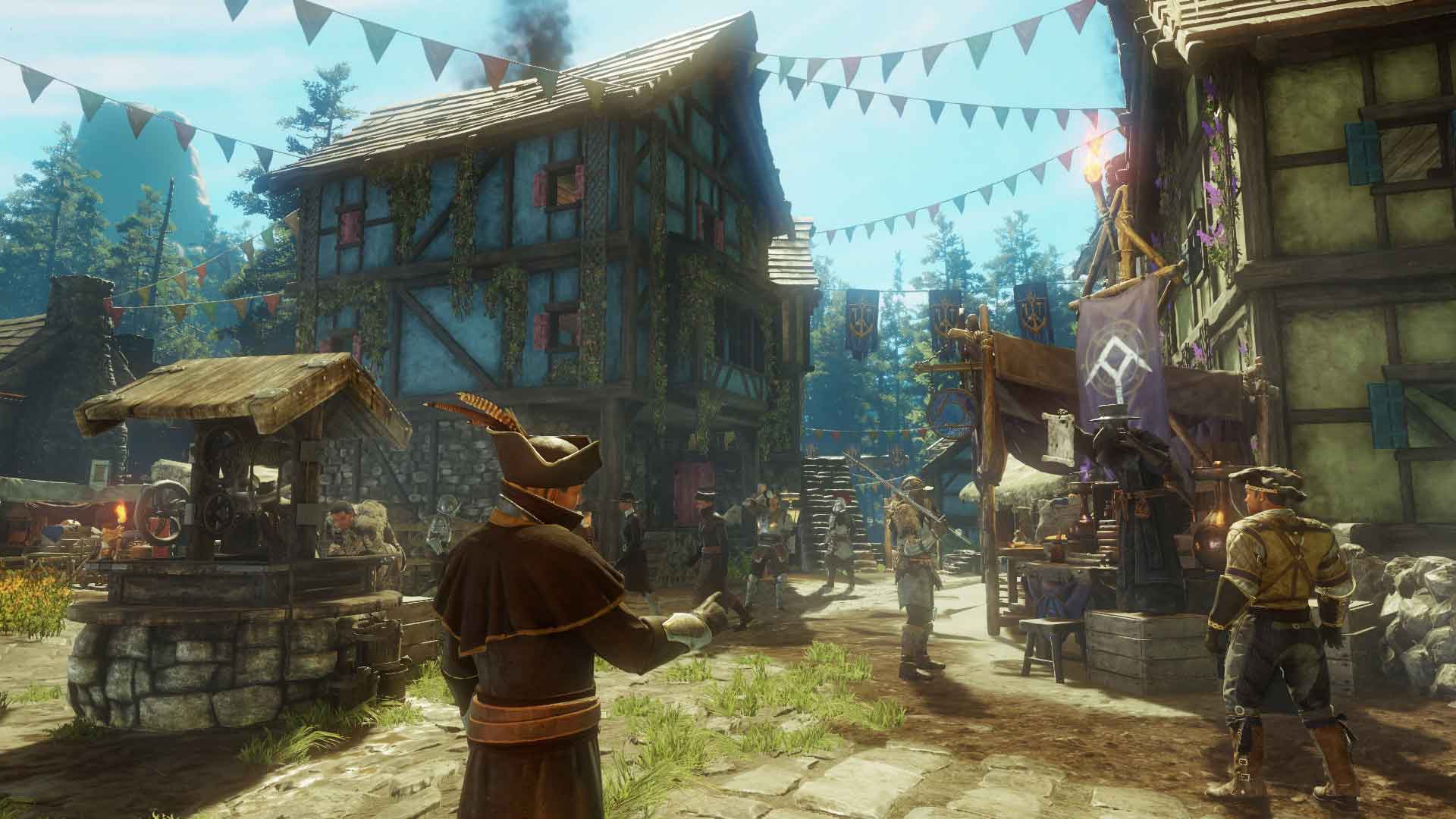 New World‘s recent open beta proved to be a tremendous success with some reports suggesting that the MMO attracted over 140,000 concurrent Steam players. While it remains to be seen how many of those players will purchase and ultimately play the game when it’s released on September 28, it certainly does feel like this Amazon Game Studios project has a fantastic chance of at least launching with a sizeable player base eager to dive into what figures to be one of the most fascinating upcoming entries into a suddenly resurging genre.

Interestingly, though, that may prove to be both a blessing and a curse as New World‘s own players have proven to be the source of some of the game’s best and worst features across its various beta periods.

Now, it’s obviously impossible to give a full, fair review of New World at this point considering that the game isn’t even out yet. For that matter, it’s likely going to take months for us to be able to fairly assess the quality, state, and future of the game as MMOs are constantly evolving and therefore notoriously difficult to form thorough first impressions of. Having said all of that, it seems clear at this point that New World is going to be more dependant on its own players than just about any other game in recent memory.

Many New World players say that the thing that keeps them glued to the game even during these beta stages is the implication that they can lose or gain faction territories at any time and that the balance of power on the server can shift at any moment.

That feeling of a constantly changing, player-driven environment (and the battles that help determine who is in control) is clearly meant to be New World‘s biggest selling point, and the concept is certainly strong. Maybe the game isn’t yet capable of producing Game of Thrones-esque levels of subterfuge and intrigue in its land-based faction wars, but even a little time with this MMO reveals the potential of an online experience where players constantly battle for a piece of an ever-changing world.

“Potential” is the word to keep in mind as we dive a little deeper into the game, but whatever else there is to say about New World, it has to be said that this is a worthwhile core concept that could become something special at some point.

You won’t constantly be running into players in New World‘s vast landscape, but the game is clearly designed to ensure that you’ll interact with other players in key hub areas and the more congested parts of the world.

It’s in those places that the magic tends to happen. From random dance parties to sneak attacks that slowly inspire factions to gather their forces, there is a degree to which chaos is one of New World‘s best elements. Yes, MMO’s are inherently social experiences, but few titles in this genre are bold enough to essentially hand the keys over to the players and let them take the wheel. Even WoW has de-emphasized some of its more social-driven elements in recent years in favor of a more streamlined experience.

As we noted above, this has the potential to be a wonderful thing. However, that player-driven design clearly contributes to one of New World‘s biggest problems at the moment.

It doesn’t matter how much you test and polish a game. Once it’s out in the wild, you can bet that gamers will find some way to play it that you didn’t fully anticipate. This will almost certainly be the case with New World at launch, and we’re already seeing instances of “unintended” player behavior in the game’s early access periods.

That turns out to be a bigger problem in the case of New World, though, largely because of the point we alluded to above. In a game that is this dependant on player interactions, it doesn’t take much for someone to ruin the fun. A little bit of faction imbalance, a few glitch exploits, old-fashioned trolling, or even just diehards who wreck the power dynamic/global market through super optimized (exploitative?) methods can easily throw a wrench into how you would have otherwise chosen to spend your time in the game.

Again, this is true of every MMO (and most online multiplayer games) to a degree, but despite the level of freedom this game seemingly offers, you start to get the sense that there is a vaguely “intended” way to play it and that deviations from that course can result in a suboptimal experience.

It’s obviously difficult to manage New World‘s chaos, but one thing that Amazon Game Studios can do is ensure that the core experience is as balanced as possible in order to limit the influence of potentially detrimental events.

That’s why New World‘s PvP balancing has to be considered one of its biggest problems at the moment. We knew that faction balance was going to be a constant work-in-progress for this game, but New World‘s open beta made it clear that Amazon still hasn’t quite figured out how the game’s PvP scaling is going to work and how they’re going to possibly keep every character-building combination balanced in a “world battle” environment. It’s bad enough when a WoW raid consists of the same few classes, but in a PvP-drive game like this, it’s downright detrimental to feel forced to play a certain build just to give yourself a better chance.

Balancing an MMO is a delicate and constant act. However, New World will not do itself any favors if it doesn’t at last smooth some of its biggest balancing issues ahead of launch.

In theory, the times that New World‘s players and player-driven systems are misbehaving can be countered by simply stepping away from it all and enjoying the game’s PvE content. Well…about that.

Look, it’s clear that New World is not designed to emphasize PvE play, but the state of that aspect of the game just isn’t anywhere close to where it needs to be. New World‘s long traversal times, basic quests, and unproven Expeditions (dungeons) contribute to the feeling that the time spent not engaging in PvP content is time spent spinning your tires or, at best, getting the resources/gear/progression needed to better participate in PvP.

The nature of New World‘s more active combat means that “grinding” doesn’t feel quite as slow as it does in other MMOs, but there is just very little in New World‘s PvE content that makes you genuinely excited to engage in that aspect of the game.

Low population counts are obviously the death of most MMOs, but, in theory, an MMO can linger through a slow period if a group of dedicated players help keep each other engaged in what content is available.

I’m not sure if New World will be able to enjoy that luxury. At present, the game is so dependant on not just the participation of engaged players but the number of players who are actively participating in its territory and faction systems. It just feels like any sharp decline in active participants is going to have immediate ramifications. If players do choose to step away, then the MMO’s persistent world and all the mechanics that go along with it (such as regular housing taxes) are going to be difficult to simply come back to.

I have no doubt that the New World team went into this game fully aware of the fact that others have tried and failed to develop similar PvP-driven MMO titles in the past. That being said, I’m very interested to see just how prepared they are for the constant tweaks, balances, and updates this game will need following its September 28 launch.