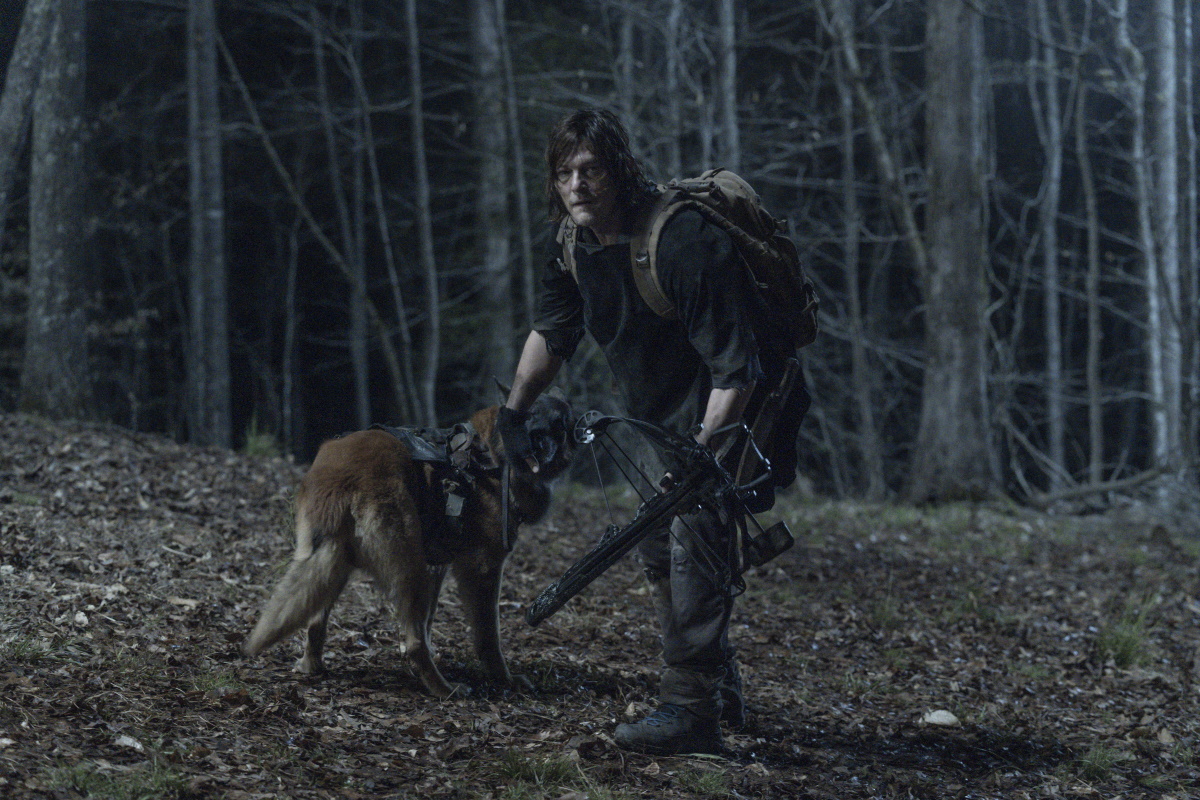 Has anyone on The Walking Dead been through as much as Daryl Dixon? He’s been tortured several times at this point, including the most insidious torture method ever devised by Negan. He’s been injured in pretty much every possible way someone can be injured. His motorcycles have long since stopped running. His friends won’t let him retreat into the woods like the smelly hermit he longs to be. The only love affair he’s had on the show has ended in ambivalent tragedy. To be fair, he’s got the coolest weapon and the coolest (only?) Dog, but aside from that, he’s watched pretty much every one of his friends and his last remaining family member suffer and die around him, and yet “Rendition” finds a new and different way to torture him courtesy of the best training the CIA has to offer.

One of the better things about the previous episode, “Hunted,” was the abrupt and explosive battle sequence in which the Reapers and Maggie’s survivors fall into battle, seemingly for no good reason other than it’s two alpha groups competing over territory. But there’s no real need for there to be a reason; this is the world of The Walking Dead and it’s kill or be killed when two armed, aggressive, keyed-up groups meet on a dark suburban street. It was messy in the original comic, and every time an episode focuses on a specific combatant, it only gets messier and more frenetic and more impressively dangerous.

That sense of danger director Frederick E.O. Toye cultivates with that reminder of the chaos of battle sets the tone for the first half of the episode, in which Daryl does his best impression of Solid Snake by skulking through shadows, ducking through ruined buildings, and using the environment as a way to distract the Reapers who chased him and Dog from the battlefield. The battle continues in fits and starts, with Dog getting tossed aside like a bag of garbage (probably the scariest moment of the night) and Daryl forced to flee for his life for the second time in as many segments, with one dogged female pursuer hot on his heels.

Daryl doesn’t know who she is until she unmasks, but I recognized Lynn Collins’ eyes through the mask, and no one other than Leah would have such reason to stalk Daryl to this degree, as most of the other women who have come and gone in the show haven’t had much of a relationship with him. While Leah’s return is not a big shock, it’s still a little surprising to see something from one of the bottle episodes show back up later in the series, because those last six episodes of season 10 felt more like filler and backstory than things that would have a narrative impact going forward.

As shocking as it would be to have an ex-girlfriend point a shotgun at you after stealing your dog, the episode only gets weirder and more dangerous for Daryl Dixon once he meets Leah’s family.

Both Reedus and Collins do a solid job in their scenes together. Daryl, steadfast, unwavering in his bull-headed determination to stick to his obviously fictional story. Leah, trying her best to get Daryl to give her something, anything in order to keep him from falling into the hands of the Reaper leader Pope (Ritchie Coster), who does things like talk about God while sharpening knives to establish that he’s bad news.

There’s an element of cold detachment to Leah as she goes through the motions of everyday Reaper life that isn’t replicated in her moments alone with Daryl. Sure, she’s ordering goons to drag him around and she’s watching and interrogating him while he’s being water-boarded—a very brutal scene that had to be very uncomfortable to shoot for Reedus—but there isn’t malice underneath her actions. She’s doing what she’s doing to Daryl to try and save him from worse at the hands of Pope and her fellow Reapers. It just takes Daryl a little bit longer to pick up on it than one might hope. Fortunately, his fellow captured traveler is a little bit swifter when Daryl starts ripping into him and his group in an effort to distance himself from Maggie.

Writer Nicole Mirante-Matthews walks a fine line in these moments, with Daryl and Leah pushing at one another without losing that core connection. Leah is clearly one of the true believers, at least enough that she’s not going to abandon the group again just because Daryl stumbles across her group, but she’s not so totally taken in that she’s ready to let Daryl get kicked into the fire for his transgressions, either. Their history is expanded upon, but not belabored over, with just enough backstory explained via Leah and Pope to establish the method behind the group’s madness but not so much that it feels like a Bond villain explanation.

Daryl learns just enough from Leah to be wary. He learns enough from Pope to know that sticking around with the Reapers would be a bad idea for him long term, because Pope is clearly on the wrong side of sanity, and that’s before he throws a guy into a fire and holds him down for having the misfortune of getting stabbed in the back during the fog of battle. Pope might let Daryl hang around for Leah’s sake, but the patience of someone like Pope only lasts so long. Once upon a time, Daryl walked away from Leah. He’ll be running away from Pope.