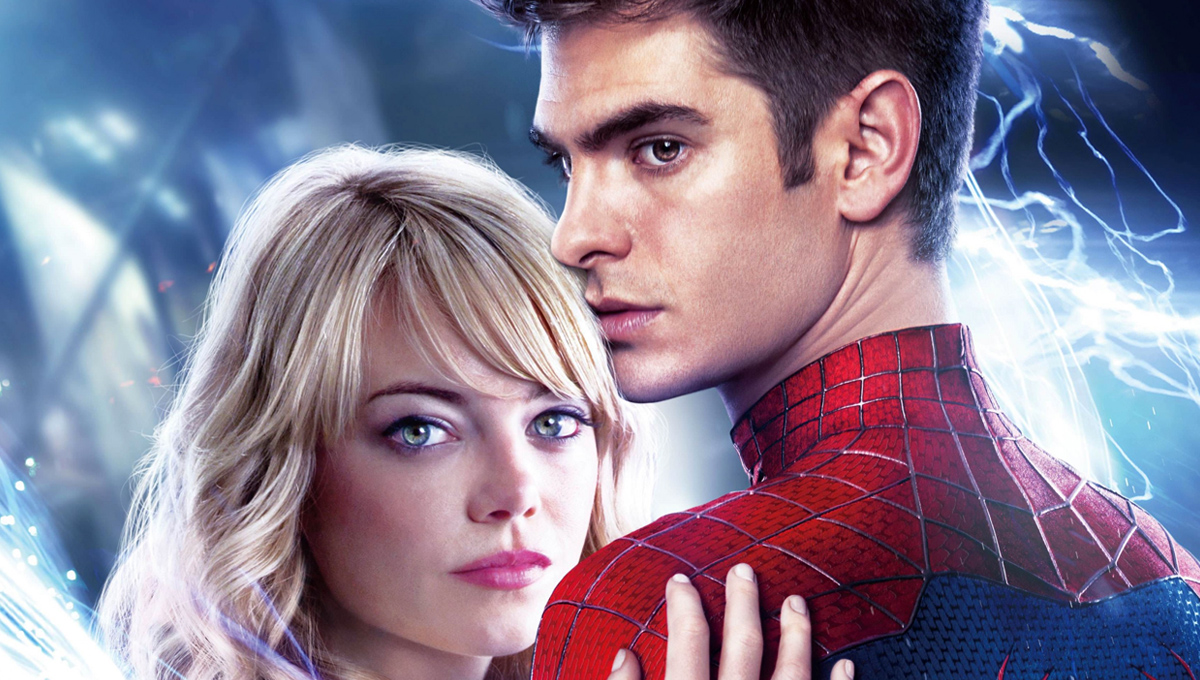 Andrew Garfield’s personal life can currently be described as events that occur when he’s not publicly denying rumors of involvement with Spider-Man: No Way Home. The actor, who broke big from relative obscurity with his two-film run in director Marc Webb’s abruptly-ended duo of The Amazing Spider-Man films, has been bombarded by questions—in some cases accusations—that he, along with preceding portrayer Tobey Maguire, will appear in Marvel’s multiverse-threaded threequel alongside current star Tom Holland. While he is undaunted in his denials, the actor is also reflecting on the path that playing Spidey has set for him.

Garfield’s Spider-Man turn will probably always be overshadowed by its status as an ignominiously forgotten casualty of industry events. Indeed, the grandiose franchise aspirations of the 2012-2014 Sony-licensed Amazing Spider-Man films were unceremoniously abandoned for a historic deal with Marvel Studios to bring about Tom Holland’s shiny new version of the Wall-Crawler. This was especially shocking for those who recall the pure, palpable passion Garfield displayed for the role, both on and offscreen. It also yielded him an (eventually-ended) IRL relationship with onscreen co-star Emma Stone, who played Spidey’s inevitably doomed love interest, Gwen Stacy. Yet, notwithstanding the nature of its end, his recent comments to Total Film paint an intriguing picture of his (maybe not so bygone) Wall-Crawler days.

“I don’t know about reincarnation, and if there is one opportunity for me to be alive, and I get offered the opportunity to do a prolonged dress-up as my favorite character of all time, there’s no way I can say no,” says Garfield. “And, yeah, the only thing that I knew was going to be a challenge was the fame aspect, and I knew that a lot of good would come with that as well. I knew it was going to provide a gilded prison… As a creative person, I knew I would have to balance it out with theatre and with waiting for the right movies to come along that would make sure that I stayed an actor, rather than this idea of a movie star. I love movie stars. I love The Rock. I fucking love Tom Cruise. This is in no way a detriment to them.”

For Garfield, the opportunity to play Spider-Man for a major release was too powerful, despite being a stage-driven actor-type who seems to prioritize the craft over the commercial. In fact, so great was the opportunity that it superseded any apprehension he may have had about the inevitability of instantly taking on the kind of merchandise-friendly fame he seemingly eschews. Yet, his apprehension was shared by a significant portion of the general public, since the 2010-reported initial news of the reboot project that would become 2012’s The Amazing Spider-Man was widely perceived as Sony’s cynical attempt to spin an unnecessary reboot, especially since the Maguire-headlined previous iteration’s last outing, 2007’s Spider-Man 3, was still relatively fresh, and rumors of a fourth film remained ubiquitous and topically diverse.

However, the early days of Garfield’s sentence in his proverbial gilded prison was nevertheless permeating with optimism. Details were slowly starting to be divulged about an updated, more serious version of Spider-Man—in contrast to the often-outlandish concepts showcased in Raimi’s films—emerging to match the significantly raised level of comic book movie pathos of the money-printing MCU movies. Moreover, Garfield provided a monumental moment at 2011’s Comic-Con, in which he appeared in a fan Q&A during the film’s promotional panel disguised in a cheap, pajama-level Spidey costume, at which point he ripped off the saggy, eye-holes-poked mask to reveal that he was the genuine article for the then-upcoming film, creating a raucous wave amongst attendees and those watching later on YouTube. Indeed, Garfield was anxious to prove himself, and, as he now reveals, his preparation for this layered, loftier, conspiracy-unravelling iteration of Spidey involved a significant amount of research.

“My intention… I started studying myth, which is the basis of comic-book films and comic books generally,” he explains. “And you go, ‘Oh, right. The responsibility of modern filmmakers is the same as the person telling the story around the campfire.’ Stories are the things that remind us of who we are as human beings, and we actually have an opportunity to provide deep wisdom and medicine and guidance. So, for me, it was like: How do I help to infuse this with as much soul and universality as possible, knowing that millions of young people are going to be watching? So, it’s not an exercise in selling t-shirts and mugs and Happy Meals, but it’s giving young people the opportunity to feel their own extraordinariness, and their own ordinariness, and seeing someone who’s just like them struggle with those two things living inside of themselves. So, for me, it was about that. And then, you know, there’s everyone else that’s serving their own masters.”

The tchotchke-churning franchise prospects were initially validated when The Amazing Spider-Man went on to gross $757.9 million worldwide in 2012, creating an upsurge of studio plans for not only the obvious sequel, but an Avengers­-esque team-centric megamovie focused on Spidey’s coterie of archnemeses, the Sinister Six; plans that, even now, purportedly remain in place. Indeed, Garfield, in a recent interview with Collider, intriguingly shed some light on the state of things at Sony regarding that never-realized project, which had tapped a genre veteran in writer/director Drew Goddard. “I don’t know how close it got, but I definitely had a few meetings, and it was really exciting,” recalls Garfield. “I’ve got to say, because I love Drew so much, and I love Cabin in the Woods, and the other stuff that he’s made. We just got on like a house on fire. I loved his vision, he’s so unique and odd and off-kilter and unconventional in his creative choices. So that was definitely a fun couple of months, but life.”

Pertinently, the professional drawbacks Garfield divulges about his otherwise-fulfilling Spider-Man cinematic sojourn might be another form of denial amidst the wave of rumors that currently consume his days regarding Sony’s MCU-adherent Spider-Man: No Way Home. Said rumors snowballed significantly upon the long-awaited release of the film’s trailer, which confirmed the long-rumored notion of its plot centering on Multiverse concepts wrought by the magic of Benedict Cumberbatch’s Doctor Strange. In fact, Garfield found himself in denial mode earlier this week during a remote appearance on The Tonight Show with Jimmy Fallon, where the host confronts him over recently-viral pictures of what is believed to be him on the film’s set. Perhaps at a point in which he’s used to his denials being met with instant incredulity, Garfield takes a light-hearted tone with his answer—in contrast to the exasperated tone of previous denials—stating, “I heard about it. And I did see it. And it’s a Photoshop. Look, if they want to give me a call at this late, late stage in the game, you know, I’m just sitting here in my tracksuit.”

Regardless, it will be interesting to see if Andrew Garfield’s internal struggles over commercialism as an artiste will ultimately lean a certain way for a nostalgic big screen trip as his angstier, skateboarding version of Peter Parker/Spider-Man in the live-action manifestation of the Spider-Verse for Spider-Man: No Way Home, which is scheduled to hit theaters on Dec. 17. In the meantime, fans can witness his chameleonic transformation (that, in no way, was a reference to villain the Chameleon,) as disgraced televangelist Jim Bakker, in The Eyes of Tammy Faye, opposite Jessica Chastain’s equally uncanny title role.