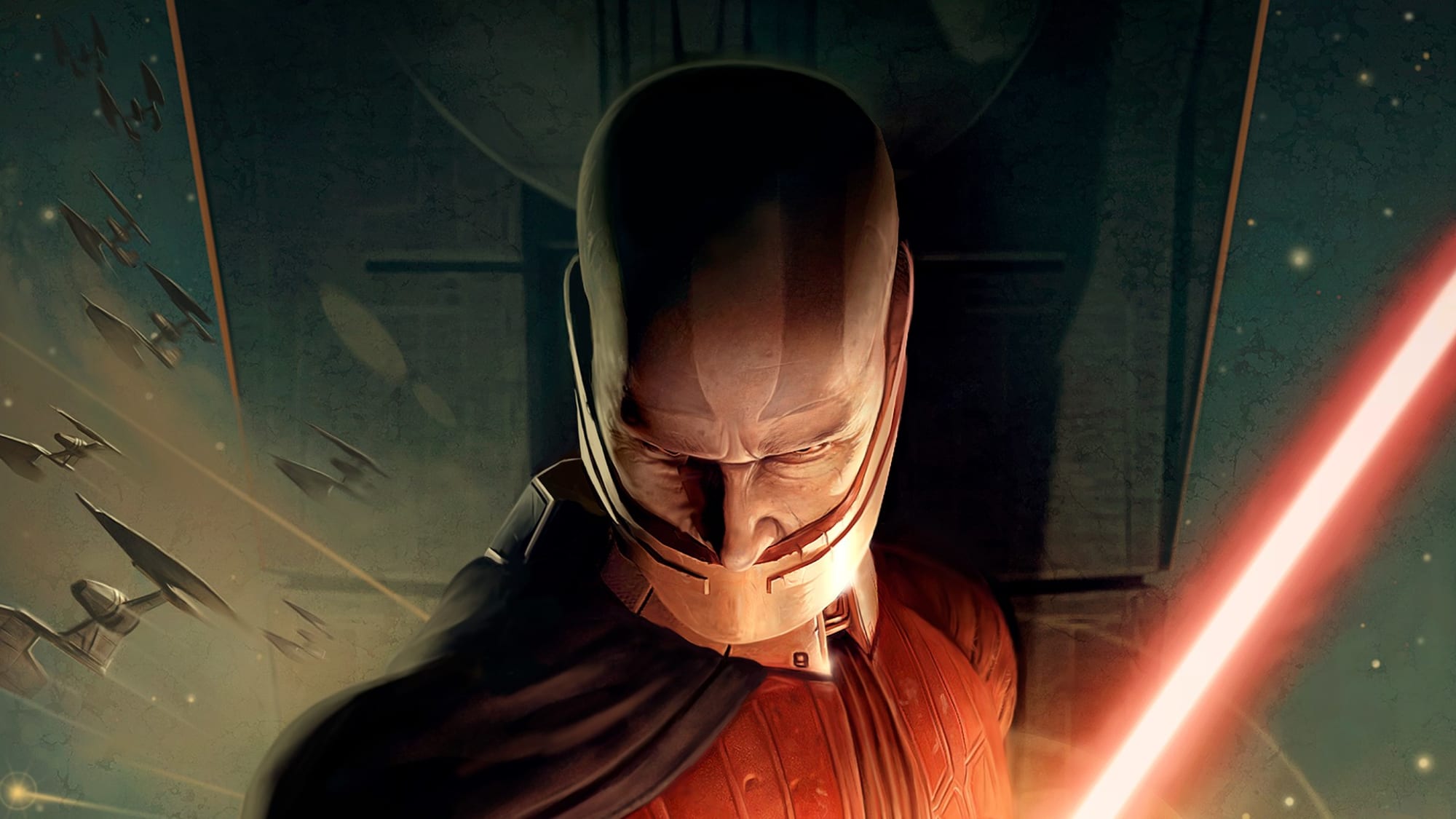 After years of rumors, reports, and leaks, Lucasfilm Games finally has a new Star Wars: Knights of the Old Republic game in the pipeline. Mind you, it isn’t the threequel most players hoped for, but a remake of the original, spearheaded by Aspyr, the veteran studio that’s spent the last few years porting Star Wars classics to modern consoles, including next-gen and mobile versions of Knights of the Old Republic and its beloved sequel. But a remake of one of the best Star Wars games ever made is a different challenge altogether.

Much will be said about what should and shouldn’t be tweaked about BioWare’s seminal RPG — in fact, we have some thoughts ourselves. But the remake raises other questions, too. For example, will the remake finally make this beloved era of Star Wars an official part of the Disney canon?

You likely know the history by now, but a refresher in case you don’t: when Disney bought the rights to Star Wars in 2012, it proceeded to carve out a new future for the galaxy far, far away, one that didn’t necessarily have to adhere to the continuity already established through movies, books, comics, video games, and TV series released before the buyout. In 2014, Disney rebooted Star Wars canon to make way for the Sequel Trilogy. This meant that all of the Star Wars Expanded Universe stories written before 2014 were relegated to a non-canon continuity known as Legends.

This was a controversial decision, to say the least, and a section of the fandom didn’t take very kindly to it, but that’s a whole other story. The point is that the canon reboot meant that Knights of the Old Republic was no longer canon. In the very earliest days of the Disney canon, The Phantom Menace, set in 32 BBY (Before the Battle of Yavin) was the earliest point on the Star Wars timeline. That’s since changed in the books and comics thanks to The High Republic series, which explores the Jedi Order 200 hundred years before the Prequel Trilogy.

Two hundred years in the past might seem like a big time jump for the Disney canon, but that’s nothing compared to the Knights of the Old Republic series, which moved the action back almost 4,000 years to a time of Jedi civil wars and Sith empires while also nodding to the movie saga that birthed it. In fact, much of the success of this video game series can be attributed to how it so deftly distilled the classic Star Wars experience but in unfamiliar territory and with a whole new cast of characters. The fact that the games were set so long before the Skywalker Saga, which still drives so much of the franchise’s storytelling today, gave BioWare and LucasArts’ storytellers a lot of freedom to create a whole new corner of the canon without stepping on the movies’ toes.

Some fans have long argued it’s that same long-ago setting that could allow Knights of the Old Republic to fit snugly back into the Disney canon now. It’s true: 232 BBY is the earliest point in the canon Star Wars timeline at the moment, which means that, in theory, there wouldn’t be much of a conflict were the stories of Knights of the Old Republic folded back into the canon. And Disney is clearly interested in this fan-favorite era of Star Wars, anyway.

In 2019, it was reported that Lucasfilm was developing a Knights of the Old Republic movie, with screenwriter Laeta Kalogridis (Shutter Island, Alita: Battle Angel) penning the script. The report followed Lucasfilm president Kathleen Kennedy’s own acknowledgement that the studio was thinking of what to do more KotOR: “Yes, we are developing something to look at. Right now I have no idea where things might fall, but we have to be careful that there is a cadence to Star Wars that doesn’t start to feel like too much.”

Of course, that was two years ago, and Knights of the Old Republic wasn’t one of the Star Wars projects announced at Disney’s Investors Day presentation last year, where Kennedy revealed the entire slate of movies and TV series through the next few years. Perhaps she had been coyly alluding to The High Republic as a Disney canon replacement for KotOR all along. That line of books and comics launched in January 2021.

But despite Knights of the Old Republic‘s non-canon status as a whole, Disney has been sneakily re-introducing elements from the series into canon Star Wars stories this whole time. Among them are nods to protagonist Revan in The Rise of Skywalker, the return of Hammerhead cruisers in Rebels, and mentions of wars between the Mandalorians and the Jedi in The Clone Wars and The Mandalorian. And those likely won’t be the last.

What better way to bring Knights of the Old Republic back to canon than by putting a whole new version of the game back on shelves? And a remake gives Aspyr and Lucasfilm Games the perfect platform with which to do the storytelling work needed for it all to make sense within the new timeline, whether it’s bits of lore that allude to Exegol or mentions of the Drengir from The High Republic. But again, Knights of the Old Republic is set so far before anything else in the timeline that you could just put it all back in wholesale with minor conflicts, all of which can just be retconned anyway.

So why hasn’t Disney already done this? Well, one issue could be the franchise’s current commitment to building out The High Republic, the prequel to the prequels meant to evoke some of the same things that Knights of the Old Republic did in 2003, and with much the same approach: classic Star Wars that also feels just alien enough, with a whole new cast of characters and a version of the galaxy far, far away that feels very different to the one featured in the movies. With a live-action Disney+ series set in the High Republic era as well as new books and comics still on the way, Lucasfilm might not want to make the timeline more confusing by adding the prequel to the prequel to the prequels. While the Legends continuity did have its own chronological timeline with clear dates for each story, things could get a bit unruly when you looked at the millennia-worth of Star Wars history it contained. So far, Disney’s Lucasfilm Story Group has kept the lore pretty tidy in an attempt to make the timeline feel like one grand story. It’s much easier to rein in 300 years than 5,000 years worth of fictional galactic events.

The High Republic does also present one big storytelling problem for Knights of the Old Republic. The new books establish that many parts of the galaxy, such as the Outer Rim, are yet to be settled by the Republic, and galactic hyperspace lanes are yet to be discovered and charted. Meanwhile, Knights of the Old Republic features a Republic that has spread to most territories, even as it loses its grip to the Sith Empire. But this isn’t necessarily a deal breaker for KotOR and could be simply explained away by the passage of time. Four thousand years separate these two eras, a gap within which knowledge and history could have been forgotten from one generation to the next, just as most of the characters in KotOR knew nothing about the advanced technology the Rakatan Empire had built 30,000 years before the events of the game. And thousands of years of war undoubtedly continued to reshape the Republic, which would explain why The High Republic embraces the pioneer spirit of Jedi explorers in the Outer Rim.

Grand Admiral Thrawn remains the best example of how to re-canonize popular Star Wars lore. Disney re-introduced Thrawn in Rebels, which is set several years before the Original Trilogy, basically plugging him into an era on the timeline where his story had never been explored, and using these new stories to slowly seed a new version of his classic one. As I write this, Thrawn’s already been mentioned in The Mandalorian and seems poised to become the big bad of the Ahsoka live-action series, potentially setting up a Disney+ reimagining of Heir to the Empire.

If Disney can pull off something like this with Thrawn, Knights of the Old Republic should be a walk in the park. After all, Heir to the Empire would have to be reshaped to make sense with all of the new live-action series, but Knights of the Old Republic has its very own era to play in. And with Lucasfilm rumored to be interested in making a movie about the origin of the Jedi — first with the Game of Thrones creators and now allegedly with Taika Waititi — this could be the right time to push the timeline back further in preparation for even bigger time jump (Legends’ Dawn of the Jedi story takes place 25,000 years before the Original Trilogy and Disney could follow suit.)

Whether Knights of the Old Republic becomes canon again or not isn’t the most important thing about Aspyr’s remake, though. A story’s canon status doesn’t automatically make it a good story or a bad one. It doesn’t make one story more worth your time than another. A good Star Wars story is a good Star Wars story, which is why you shouldn’t dismiss the Legends continuity altogether. There are some real gems there, and for many fans growing up in the early 2000s, Knights of the Old Republic still shines brightest of all.

Star Wars: Knights of the Old Republic Remake is coming to PlayStation 5 and PC. No release date has been set. While you wait, check out the complete schedule of upcoming Star Wars movies and TV series here.