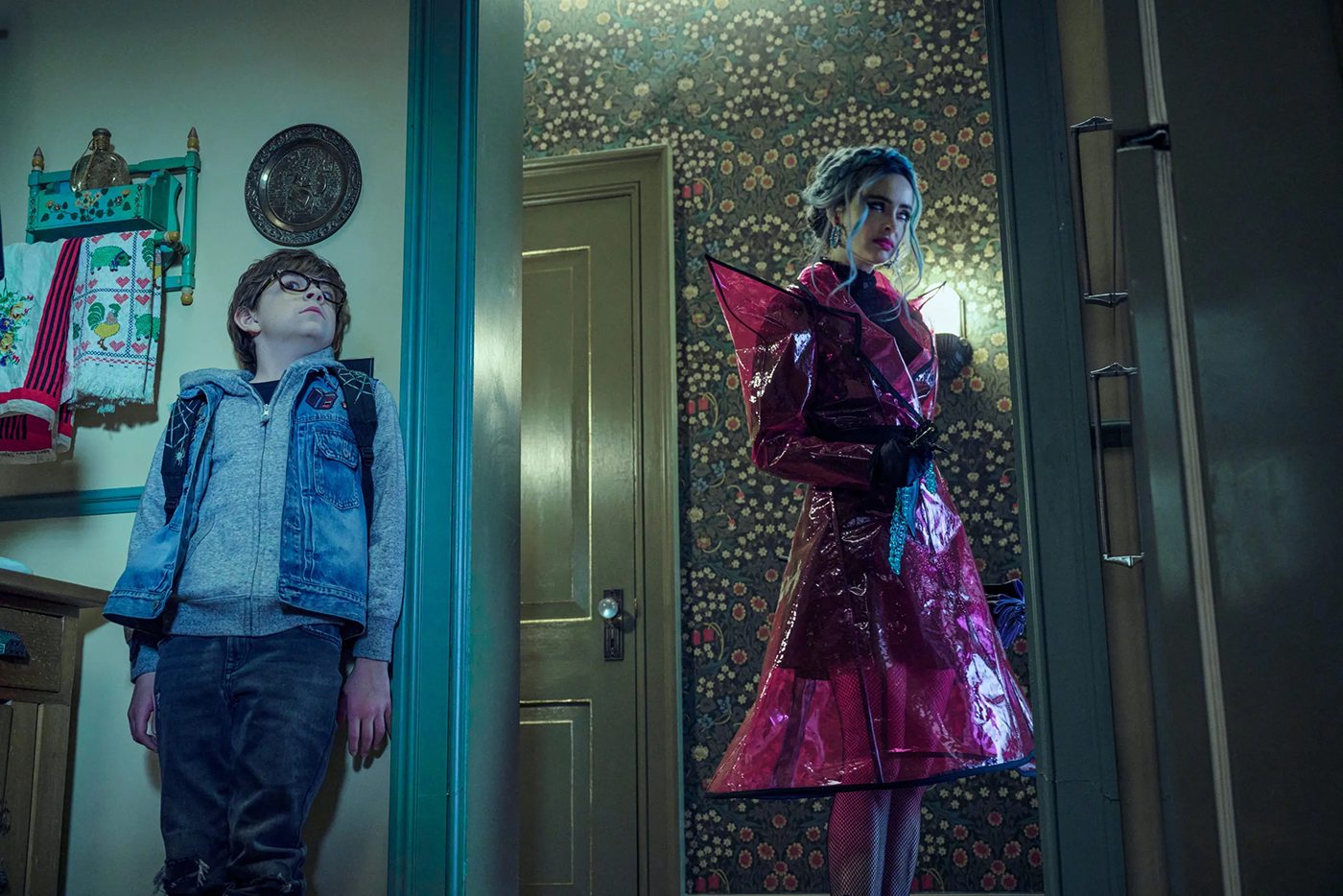 I’m not quite sure who Nightbooks is for. As marketed, the latest Netflix original film appears to be a fantasy-driven horror film for kids and tweens. But the movie itself, which deals with themes of child abuse and features some objectively terrifying monsters, may be too dark for that demographic. This can be an issue with book-to-film adaptations. What works for kids in a literary format can sometimes be too scary once brought to life on-screen. That being said, for adults and kids who have a high tolerance for horror, the Sam Raimi-produced Nightbooks is definitely worth a watch. A gorgeously rendered horror world with a character-driven mystery at its heart, director David Yarovesky’s adaptation of J.A. White’s 2018 middle grade story is a truly rewarding spooky season experience that’ll appeal to adults and kids who are willing to delve into its secrets.

Nightbooks doesn’t waste time throwing its protagonist, kid writer Alex (Winslow Fegley, in giant spectacles), into a scary situation. The movie begins with Alex in distress, driven from the safety of his Brooklyn apartment by his own overwhelming emotions. We won’t learn why Alex is so upset until the film’s climax, one of a few mysteries at the heart of Nightbooks that will keep viewers emotionally engaged through the terrors that follow. At first, all we know is what happens next: Alex is lured into a magical apartment by evil witch Natacha, played by a terrifying and unpredictable Krysten Ritter. Natacha easily makes the decision to dispose of Alex until he convinces her of his value: He can write scary stories. Natacha stays her magical hand, and Alex lives on one condition: he must tell Natacha a new scary story each night.

Alex isn’t the only prisoner of Natacha’s (honestly gorgeous) apartment. There is Yasmin (Lidya Jewett), a slightly older girl who has been left understandably jaded from her much longer tenure as Natacha’s plaything. Yasmin, who has a penchant for science and magical botany, tends to Natacha’s plants and does other chores around the massive apartment, which cannot only expand to hold anything Natacha might need or want, but also can travel anywhere in the world—kind of like an evil TARDIS. Finally, there’s Lenore, a figuratively prickly cat who can literally turn invisible at will. The cat probably has the best character arc in the entire film, which is not to say that the film doesn’t do interesting things with its characters, just that Lenore’s journey is the most complex and unexpected. Overall, Nightbooks keeps its cast of characters small, which lends itself to a story that is not as interested in creating complex dynamics as it is unfurling the mystery of each characters’ individual psychology.

If this movie were bad—which it is not—it would still be worth watching for Ritter’s performance alone. Natacha is the perfect encapsulation of an evil witch for the millennial generation: donning blue hair and immaculate makeup, Natacha struts into each scene with some of the coolest and most refreshing witch looks this side of 2018’s A Wrinkle in Time. Girlish and pretty, Natacha’s enviable costuming and makeup informs her characterization, as the film’s antagonist can turn from bored to wrathful in the blink of a glittered eye. In a movie that features spider-like creatures with claws that try to poke characters’ eyes out, and psychedelic candy that turns our heroes into mindless gluttons, Natacha is still the scariest part.

If some of these descriptions sound familiar, that is because Nightbooks is actively engaging with some classic stories and fairy tales—interestingly, not the ones we usually categorize as horror, but that are truly horrific when you start to dwell on them. While the many foundational texts are obvious, Nightbooks uses its classic literary framework in clever ways, never leaning so far into the been-there-done-that plot points of 1,001 Arabian Nights or Hansel and Gretel to sacrifice its originality. It helps that much of the film’s uniqueness comes not from the story itself but from the excellent art direction, production design, and costuming. While Natacha may be the character who best exemplifies this rich world-building, it is integrated into the world she inhabits and controls.

I hope this film finds an audience. Kids need horror movies too. Being a kid—being a human—can be a terrifying experience. And, in the end, the edges of this cinematic experience may be enough to give some children the kind of catharsis only the horror genre can offer. After all, in movies, kids always defeat the monsters in the end.