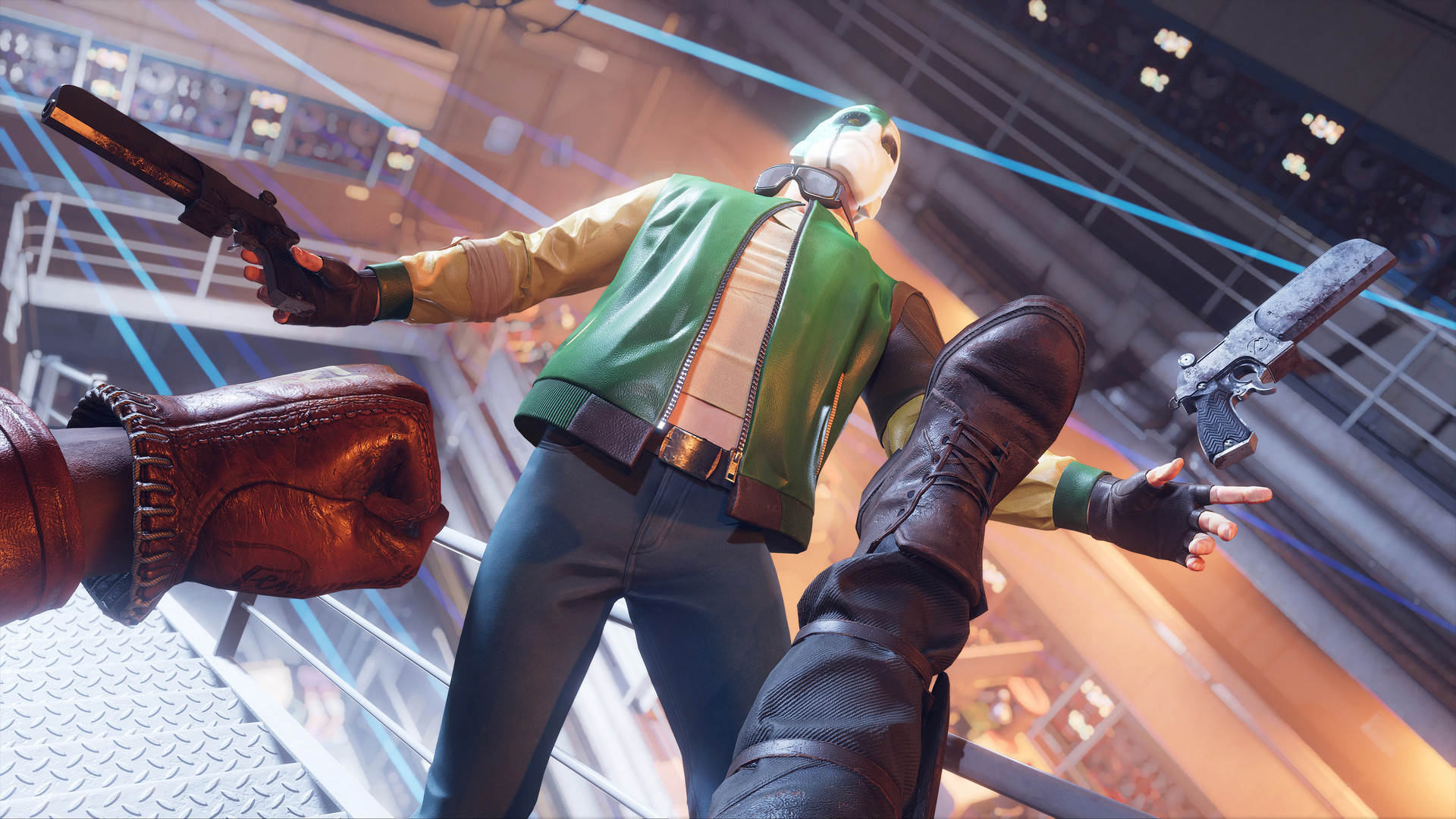 Aside from allowing you to determine whether Julianna’s invasions are controlled by other players or the A.I., there’s really no direct way to alter how difficult Deathloop will be. It’s pretty much a one-size-fits-all experience where the “difficulty” of the game is determined by how well you play it as well as the skills and weapons that you acquire along the way. Arkane has previously said that there is an adaptive difficulty setting in the game that is intended to make things slightly more challenging as you progress, but for the most part, you get significantly “better” at Deathloop the more you play it.

When we talk about games like that, we’re usually talking about games like Dark Souls. During those discussions, you’ll likely hear someone make the argument that games like that don’t have difficulty settings because they’re designed to be challenging and that removing that part of the experience would compromise the developer’s vision and what they intended for people to experience as they play the game.

We’ll get back to that point in a second, but the thing that’s fascinating about Deathloop is that its lack of traditional difficulty options doesn’t highlight how challenging the game is but rather how easy the whole thing can sometimes feel.

About midway through Deathloop (which will happen around the 10-hour mark for most players), you will likely have acquired a respectable amount of higher-end weapons and abilities. Once that happens, you’re probably going to find that the game’s already somewhat spotty A.I. enemies stop posing much of a threat. While Deathloop‘s “Visionaries” and the way you’re expected to eliminate them within the constraints of the time loop do manage to keep things fresh, it’s fascinating to watch basic foes go from constant threats to little more than cannon fodder.

It should be said that there’s a good chance this shift in difficulty was intentional (at least to a degree). Yes, Deathloop has some A.I. problems, but the basic idea seems to be that you’re supposed to feel stronger and more confident as you go through the loop multiple times. It seems like you’re supposed to reach a point where you feel like you’ve really mastered this loop, kind of like what eventually happens to Bill Murray in Groundhog Day.

The problem is that Deathloop‘s point of mastery arguably happens a bit too early. There’s a relatively small chunk of the game where you both have access to an array of abilities that really let you explore all your options and are still being challenged enough to feel the thrill of successfully executing those options. While I do believe that the joy of eventually becoming “overpowered” is intentional, I’m not sure if you’re supposed to feel like that quite so soon before reaching those final runs.

This is where difficulty settings could have helped. Even if Deathloop‘s A.I. is inherently flawed, being able to tweak the game so that you’re able to control things as simple as how much damage you deal and receive could have helped ensure that anyone who wanted that little bit of extra challenge would have easy access to it.

That’s the thing about difficulty settings. When we talk about them, we tend to talk about them in terms of accessibility and how they’re made for those looking for an easy mode. While it’s absolutely true that difficulty settings can help with accessibility and that developers should continue to find new ways to make games more accessible, it’s always felt a little odd that the calls for difficulty options are sometimes associated with those looking for the easiest way to play a game. Most of the time, they’re coming from people looking for their ideal way to play a game, which isn’t necessarily tied to them not wanting to challenge themselves in some way.

As Deathloop shows, difficulty settings don’t exist solely to be able to throw it on “Easy” and deprive yourself of some kind of intended experience. In fact, I’d say that those who root against the proliferation of difficulty settings move us further away from a time when some of the most compelling challenges in gaming were locked behind settings. From Halo‘s “Legendary” mode to Manhunt‘s “Hardcore” setting, some of the most “difficult” gaming experiences come from games that made those experiences optional.

Those who oppose the idea of Dark Souls and other From Software titles getting optional difficulty settings often talk about how such settings would ruin the intended experience, and I understand that sentiment. Honestly, I feel like the From Software team does an exceptional job of balancing their games in such a way as to ensure that the challenge you experience is what you were intended to experience. The difficulty of those games is indeed a big part of the narrative, worldbuilding, and pacing. There’s a complicated discussion to be had about how those games would be impacted by optional difficulty settings that is further complicated by From Software’s hesitancy to incorporate such modes into some of their games. They would need to figure out a way to make difficulty settings in those games “work,” and I’m not certain they have quite yet.

At the same time, Deathloop shows how discussions about the importance of difficulty settings are so much more nuanced than the online tribalism of “Easy” vs. “Hard” would lead you to believe they are. There’s never going to be a point where you get everyone to agree on this topic, but isn’t the point these settings to offer as many options as possible because of that lack of a universal preference?

Before you completely dismiss calls for any kind of difficulty settings in games, consider that they usually come from those who want to experience a game in as close to their own ideal way as possible. Trying to shut down those discussions entirely because you love challenging games is one way to eventually deprive yourself of some potentially incredible experiences.

The Snow Girl Ending Explained: Amaya, Murders, Season 2
Comic To Screen | The Sandman | DC | #Shorts
The Last of Us: What Happens to Bill and Frank In the Game?
FLASH FACTS | Official Trailer
Dave Bautista Has Talked to James Gunn About Future DC Movie Plans