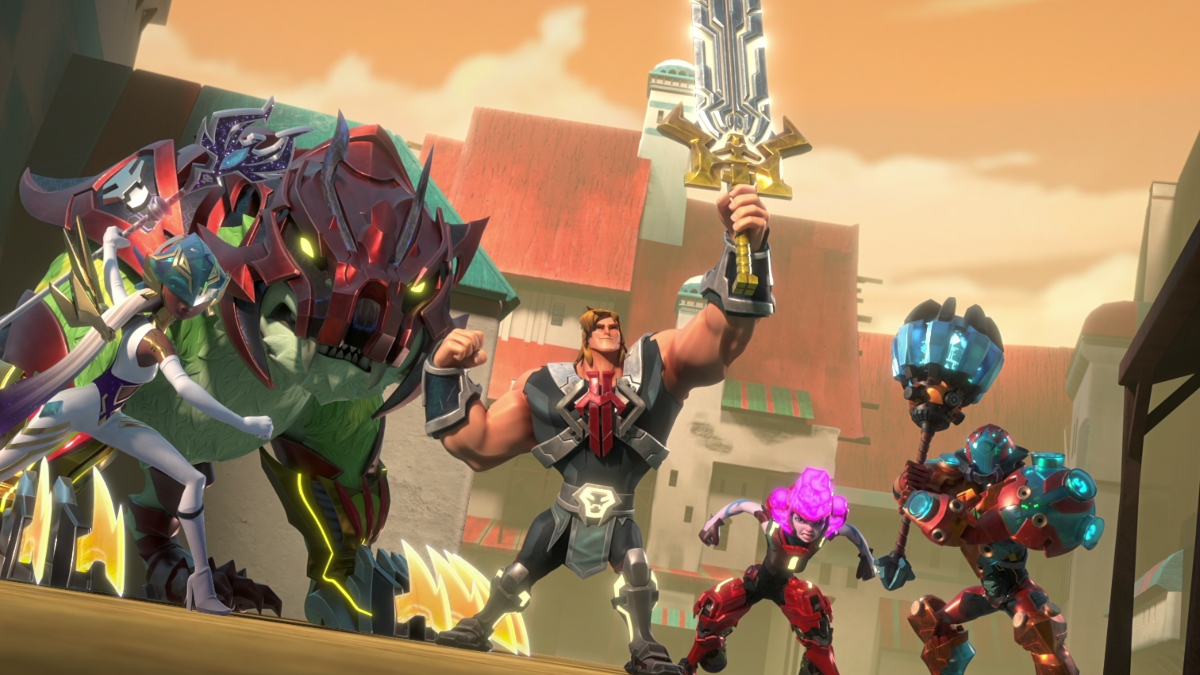 The Masters of the Universe franchise is experiencing a major resurgence, with three new series on Netflix after a drought of animated content after the 2002 MOTU series ended in 2004. The new era has been an altogether unexpected one for the franchise. Leading off with a new version of She-Ra, a character not seen in animation since the ‘80s, the show boldly aimed its stories at a new and more diverse group of viewers. Even with its eschewing of direct connections to He-Man the show delighted in its references and use of the wider MOTU mythology.

Then we got Masters of the Universe: Revelation. Where many updates of old franchises simply take concepts and do a modern take on them, Revelation instead was a love letter to fans of the franchise. It wasn’t a reboot of He-Man, it was a continuation of the original show. It was filled to the brim with references and callbacks, both obvious and deep cut. This was a show that wasn’t just using nostalgia as a marketing tactic, it was actively courting its original audience and making something specific for them.

Now we come to Netflix’s new He-Man and the Masters of the Universe. Another kids series like She-Ra and the Princesses of Power but this time utilizing the flagship elements of the franchise. That gang’s all here – He-Man, Skeletor, Teela, Man at Arms, Cringer, Evil-Lyn, etc. In some ways this is the more prototypical example of a nostalgic reboot, one that takes certain elements of the past and remixes them for a new generation. However this show goes even farther than She-Ra in its straying from the source material.

The new He-Man has its own unique story-telling sense. The plot isn’t a retread of what came before, in this version Adam doesn’t remember his past and discovers the powers of He-Man in his teens. Where before only he wielded the power of Grayskull, now a whole team is able to call on its power, turning the show from one with a clear main character to an ensemble piece. It boldly reimagines the look of classic characters, still retaining key visual markers, but breathing new and modern design sensibilities in them, much of this aided by the show’s use of CGI instead of traditional animation.

Jeff Matsuda, co-executive producer of He-Man and the Masters of the Universe, knew full well that while it was essential to honor the original series and core aspects of the franchise, the important thing was to create something that the new generation of kids could own for themselves.

“We have ours,” Jeff explains, referring to longtime fans of the franchise, “and all the iterations, but it’s nice for kids (because) they want to own something themselves. I have kids and if it’s something that has to do with their dad, they’re ‘ah, no, thanks.’ They want something of their own to enjoy.”

This doesn’t mean the new series is He-Man in name only. Showrunner Rob David makes it clear that they’re standing on the shoulders of the many creative’s who’ve had a hand in the franchise. The new creative team’s goal however was to take everything that came before, distill it to its core essence, and find a way of reimagining it, “for a kid today who needs it to reflect both that kid’s hopes, dreams, world, and aspirations on their terms.”

One of the biggest elements of that was changing He-Man a.k.a. Adam himself. In the original series He-Man is a larger than life hero who begins the series fully formed and ready to take on evil with very few doubts in his mind. David wanted the new version of He-Man to reflect how the concept of a hero has changed over the years.

“Our need for heroes is not for instant perfect heroes. It is to show the challenge and journey of becoming a hero.”

This core ethos for the show meant sweeping changes to the story. One example of this is in the changes to the character of Duncan aka Man-At-Arms. In the original series he was an older mentor to He-Man and the father of Teela. In the new series, he and Adam are the same age and there’s no relation to Teela. These changes were made to aid Adam’s larger arc of having to grow into being a hero. He couldn’t have someone like Man-At-Arms around to protect him. However, the new Man-At-Arms  does maintain his role of being a master inventor so a core part of the original character is still there.

This would have left the new series without a mentor character, something David stressed was something that couldn’t be discarded from a MOTU series. This led to Cringer, formerly a comedic sidekick, to fill that mentor role. This keeps that core mentor element but also lets the series bring a new take to the story with the concept of a whole team utilizing the power of Grayskull.

“The archetypes are always there even when they’re re-imagined for a new audience,” David says.

In keeping with this being a new take on He-Man, the creative team didn’t just look for inspiration from the original series but drew on multiple new sources. One easily recognizable influence is the genre of Tokusatsu, Japanese special effects series that include Super Sentai (better known in America for being adapted into Power Rangers.) He-Man and the rest of the cast all have colorful stock transformation sequences that play in most of the episodes. They wear armor and each character has their own stock attack animation sequences.

Matsuda says this wasn’t completely intentional but, “being Japanese, I grew up with a lot of that stuff. Sometimes I’d be like, ‘why do I love it when there’s a team of people that all have a specific color for each person?”’

He also points to Goonies and Stranger Things as inspiration for the team dynamic of the series.

“Anytime you have kids becoming friends and hanging out, it is exactly where I love to be.”

While a small group of fans may argue that the series should stick close to its roots, a franchise like He-Man needs to reinvent itself to stay relevant. It can’t just keep going back to the well and redoing the same old stories. The creative team of Netflix’s He-Man and the Masters of the Universe made sure to draw inspiration from the past because without that it wouldn’t be MOTU, but they also weren’t afraid to take the franchise in a new direction. Especially with two other recent MOTU shows for fans to watch and enjoy, this was the perfect and right time for the franchise to take a chance.

The franchise also can’t keep being made exclusively for older fans. This series, like She-Ra and the Princesses of Power before it, is wisely aimed at the new generation and in the long run the franchise will benefit from it. What may seem new and different now is something that, in 20 or 30 years, will be another beloved part of a long franchise. That isn’t to say old school fans can’t enjoy the series, there’s a lot to love about it if you’re a hardcore fan or just an adult looking to watch a fun show, but it’s nice to know that today’s generation will have a He-Man series to call their own.

He-Man and the Masters of the Universe is available to stream on Netflix now.

Wynonna Earp Season 3 Episode 5 Review & After Show
Xbox’s Lack of Exclusives Has Been a Real Problem For the Series X/S Generation
The Last of Us: Can Ellie Infect Others?
Teen Wolf’s Tyler Posey and Crystal Reed Break Down The Movie’s Painful Twists
Sci-Fi Short Film “The Kid” | DUST | Throwback Thursday