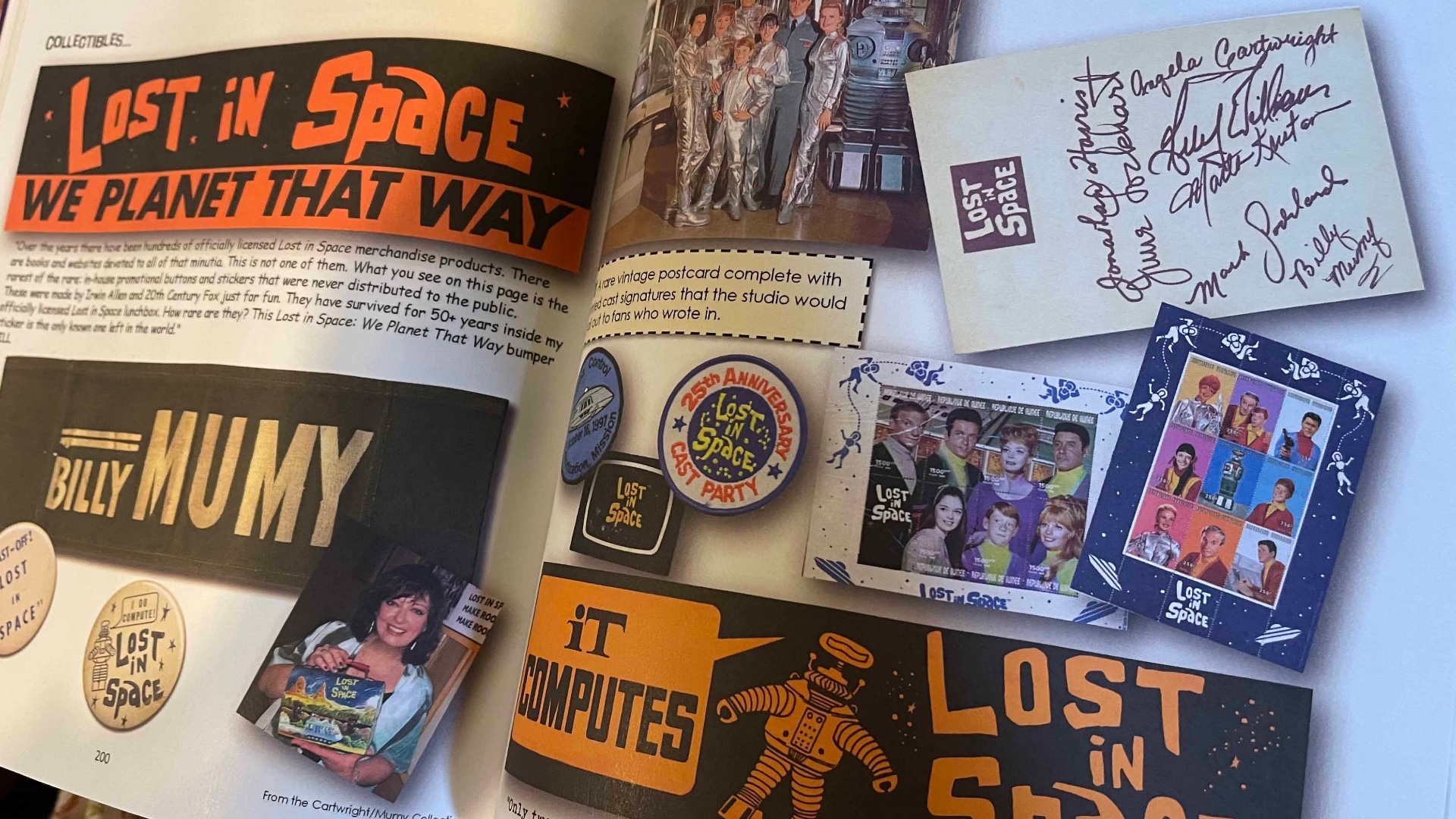 For the young child stars of Lost in Space, filming the cult classic was, possibly, the best childhood ever. 56 years later, series stars Bill Mumy and Angela Cartwright speak of their time as Will Robinson and Penny Robison, in the kinds of tones that make it sound like their adventures were on par with the Boxcar Children or Nancy Drew.

“We go into the secret places,” they tell Den of Geek. “We would hang out with  Bruce Lee from Green Hornet and the Peyton Place cast.”

Like the upbeat and hopeful franchise itself, the kids of the original Lost in Space aren’t looking back in anger, but instead, with warmth and excitement about the future. Out this month from Next Chapter Books, is the new hardcover Lost (and Found) in Space 2, written by Mumy and Cartwright.

It’s part behind-the-scenes book, part memoir, and 100 percent chocked-full of photos and stories that have never been revealed anywhere else. Recently, we caught up with Mumy and Cartwright — to talk about old times on Jupiter II, the dark Lost in Space that was cut too short, and why they love the new Netflix series. No spoilers ahead for Lost in Space Season 3 on Netflix!

Unlike several other famous sci-fi franchises, Lost in Space isn’t saturated with countless behind-the-scenes books or documentaries. In fact, part of what makes the entire Lost in Space phenomenon so compelling is that somehow, despite being launched in 1965 (a year before Star Trek!) delving into the making of the original show, the 1998 film, and the new series, still feels fresh.

And so, this new book fills a bit of that vacuum. As the book illuminates, the reputation Lost in Space has to a casual fan and its actual content is wildly divergent. In fact, even within the three seasons of the original show, you’re basically dealing with two separate shows, at least tonally. The gritty, black and white first season, and then, everything else.

“Our Lost in Space started out as a dramatic pioneer story. A family against the alien environment,” Bill Mumy says. “And it was indeed dark, with a beautiful, beautiful score by John Williams. When it was in black and white, the cinematography was top-notch. It really holds up to any of the 1930s Universal Frankenstein films or something like that. It’s beautifully shot.”

Mumy’s not wrong. If you go back and watch season 1 of the series, you’re dealing with an entirely different show. Mumy says that what happened after season 1 is “something we’ve come to understand better in the last five or six years.” Basically, because the show got something like 40 million viewers in the first six episodes, “CBS told [creator] Iwrin Allen it was too scary. Our show aired during the family hour. So, the message was to ‘lighten it up.’”

Mumy and Cartwright explain that Johnathan Harris — who played the dastardly Dr. Smith — saw an “opportunity to step-up the comedic sense of the character.” And the rest, the colorful and over-the-top Lost in Space became history. Cartwright also thinks the spirit of the darker, edgier Lost in Space is alive and well with the Netflix series. In season 1, Bill Mumy plays the ill-fated “real” Dr. Smith, betrayed by Parker Posey’s new incarnation of “Smith.” And in Season 2, Cartwright plays Sheila Harris (Parker Posey’s mother) in a thrilling flashback.

“They’ve embraced the classic series, like beyond our wildest imagination,” Cartwright says. “They were so supportive and loving and wonderful.”

In addition to keeping the secrets of the new Netflix Lost in Space, Mumy and Cartwright are equally tightlipped on some of the secrets and revelations contained in their new book. Again, unlike Star Trek and Star Wars, the world of untold Lost in Space stories is largely uncharted terrority, at least for those who weren’t there.

“We also touch on what happened after the show ended,” Cartwright explains. “Our family unit of dysfunctional Robinson’s did not fall apart. We continued to have dinners and get together. And then once we lost Jonathan [Harris], we continued to tell those stories that he told every time we were together and reminisce about those days. It’s not just a snapshot of our youth, but also our history as it went on.”

Mumy also promises that one strange story will finally be illuminated: In the 1998 reboot Lost in Space film, a future version of Will Robinson appeared in the film, played by Jared Harris. But, why wasn’t Mumy cast in this role? In the 1990s, Mumy was extremely popular with sci-fi diehards for his role as Lennier in Babylon 5. So why was adult Bill Mumy not playing adult Will Robinson in 1998.

“You know, we go into the absolute detailed truth about that in, in the book,” Mumy says. “So for me to just say now that it just wasn’t meant to be, I will simply add don’t blame me.”

As fans get ready for  season 3 of the new Lost in Space Season 3, Mumy and Cartwright reitrirate how much they love and support the newest incarnation of the Robinsons in space. Both of them have met and befriended their younger counterparts, the young actors Maxwell Jenkins and Mina Sundwall. But what about Mumy and Cartwright themselves? Will these two original Robinsons be back for the send-up of the final season of the new show. Could there be more flashbacks? Where is Dr. Smith?

Cartwright isn’t telling. “All I can say is that we are looking forward to season 3 very much.”

How Did the Cordyceps Infection Start In The Last of Us Games?
James Gunn’s Plan for DC Video Games Sounds Awfully Convoluted
Dead Space Remake: Where to Find Every Schematic
Forspoken Is That Frustrating Piece of Entertainment That Gets Good “Eventually”
SHAZAM! FURY OF THE GODS – Official Trailer 2