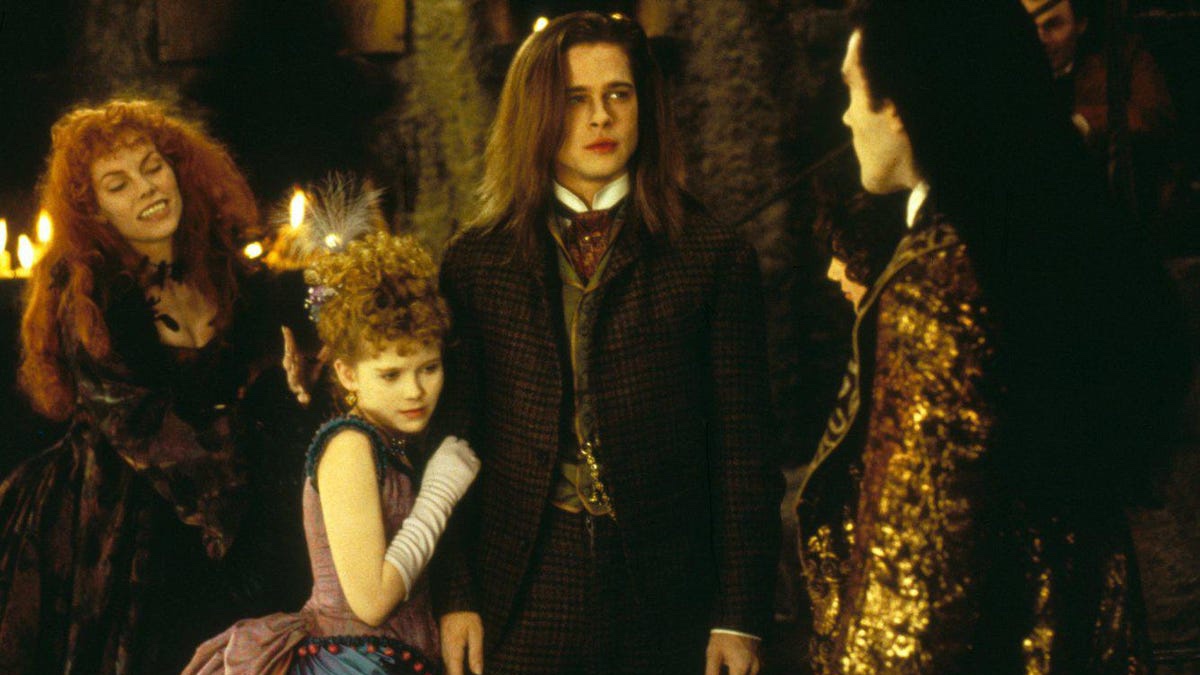 Nearly two decades before Twilight, Anne Rice’s The Vampire Chronicles had all the makings of the definitive vampire movie franchise.

Interview with the Vampire, a film based on the writer’s first book in the vampire series, starred Tom Cruise and Brad Pitt as stately Louisiana vampires Lestat de Lioncourt and Louis de Pointe du Lac. It was quite well-received. Its follow-up, the 2002 Aaliyah-starring Queen of the Damned…was not. As such, Rice’s 13-book (and counting) series seemed destined to stay on the page for good.

That all changed last year, however, when The Walking Dead network AMC greenlit a series adaptation of Rice’s vampire saga starring Sam Reid (The Astronaut Wives Club) and Jacob Anderson (Game of Thrones) as Lestat and Louis. Now we’re closer than ever to seeing the definitive onscreen version of Rice’s original vision but details as to just what that will look like have been scarce.

Thankfully, when speaking to Den of Geek about directing Sopranos prequel film The Many Saints of Newark, Interview with the Vampire series director Alan Taylor shed some light (but hopefully not sunlight) on the project.

The reboot directed by Taylor and penned by Rolin Jones will be faithful to Rice’s books but not slavishly so.

“Rolin Jones has made some changes that I think deepen and do some very intriguing things with the basic story,” Taylor says. “We’re working with the Rice estate and they’re on board with it. I think we’re carrying the original appeals of the novel, but we’re also making some changes that make it worth exploring again.”

Though changes aren’t always met with joy by steadfast fans of any given franchise, it does sound like Taylor and Jones have a grasp on what makes Rice’s vampires work.

“I signed up for it because I loved her book so much. I remember I just moved to New York whenI read Interview With A Vampire, and it kind of blew my mind,” Taylor says. “The feeling I got from the book was: ‘Okay, you’ve seen a bunch of vampire stories, but that’s all bullshit. Here’s the truth. This is the real thing.’”

That sense of Interview with the Vampire presenting the “real thing” when it comes to vampires is integral to The Vampire Chronicles’ success. While folklore created the monsters and Bram Stoker introduced them to Western audiences, it’s arguably Rice who perfected their depiction. Though the rules of vampirism in pop culture are fluid and ever-changing, much of the most popular modern vampire features are taken directly from Rice’s original 1976 novel.

As long as the new TV series’ vampires are every bit the pale, sensual, and strangely human versions as Rice’s original creations, then things should be on the right track.

Interview with the Vampire is set to premiere sometime in 2022 on AMC.