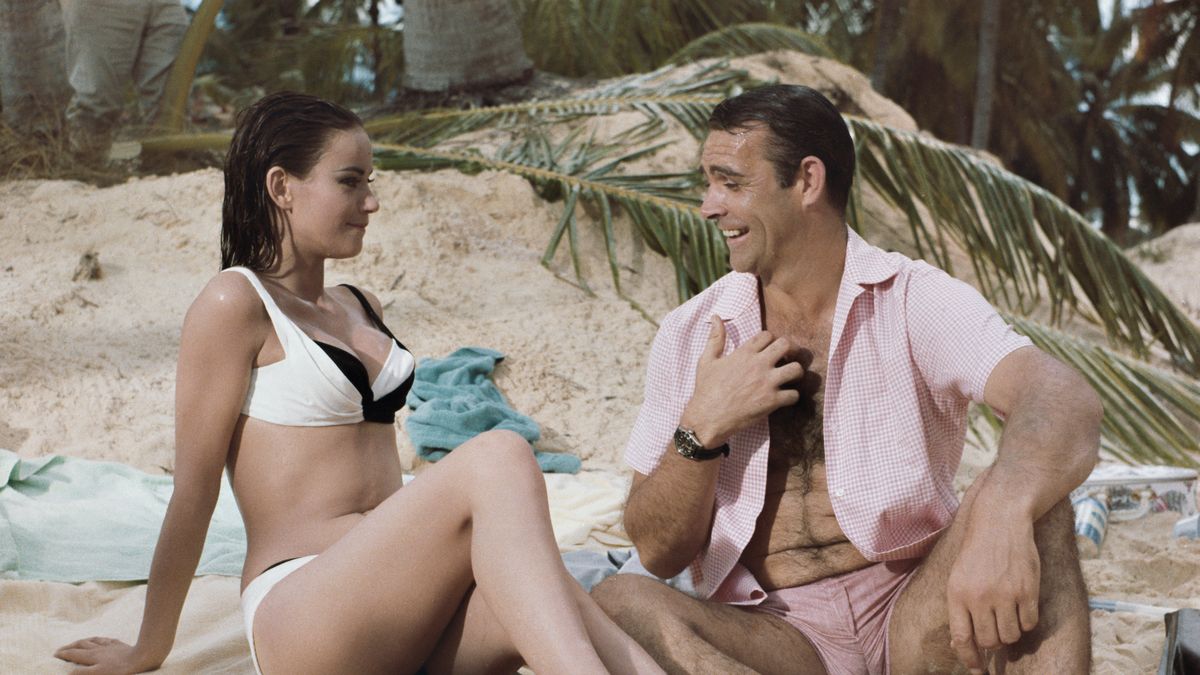 They don’t make ‘em like that anymore. Often this axiom is used to apply rose tinted glasses over the past—a chance to get nostalgic about the “good ol’ days.” But sometimes when you take a critical look at the old days, they’re not always better. Which would be putting it mildly when acknowledging the gender politics of otherwise beloved early James Bond 007 movies.

No Time to Die director Cary Joji Fukunaga would seem to think so. In a new profile interview he did with The Hollywood Reporter, the True Detective and Maniac director reflected on the shadier side of 007 in two of Sean Connery’s most popular Bond movies: Goldfinger (1964) and Thunderball (1965).

“Is it Thunderball or Goldfinger where, like, basically Sean Connery’s character rapes a woman?” Fukunaga said. “She’s like, ‘No, no, no,’ and he’s like, ‘Yes, yes, yes.’ That wouldn’t fly today.’”

We believe the scene Fukunaga is referencing is in Thunderball. However, the fact that we aren’t entirely certain underscores the grimness of the filmmaker’s point. In that fourth James Bond picture, Connery’s 007 decides to spend some vacation time at an exclusive resort in the countryside. Upon his arrival, he immediately begins propositioning a masseuse played by Molly Peters. Within the film, it’s presented as a playful flirtation, although to modern eyes it reads as sexual harassment. She repeatedly rebuffs his advances, but after an assassin nearly kills Bond, 007 leads her to believe his “accident” was due to her negligence. He then threatens to tell her boss unless she gives him what he wants. In other words, he blackmails her to have sex with him.

The scene ends with her saying no before being cornered in a steam room and undressed. In the following scene, she practically purrs at the sight of Bond, now beholden to his touch. However, that only makes the sequence even more disturbing as it plays into the rapey fantasy of “secretly she wanted it.”

With that said, there is also a scene of dubious sexual politics in Goldfinger where Connery’s Bond similarly throws himself on top of Pussy Galore (Honor Blackman), who initially tries to push the heavier male off of her before returning his kisses. This again plays into the power fantasy of Bond, especially in his earliest iterations, and what it reflected about mid-20th century notions of sex and gender dynamics. It’s less jarring given there’s no threatened extortion or sense of outright coercion, but when one realizes in the source material novel that Pussy Galore is explicitly stated to be a lesbian (which is also faintly hinted at in the film), the subtext becomes, again, quite troubling.

Acknowledging this doe not mean either film should be “cancelled” or erased from the cultural canon. Goldfinger is particularly one of the best Bond movies ever made, with Pussy Galore being the first female character to actually stand up to Connery’s boyish arrogance and give as good as she gets. And while Thunderball has aged much less gracefully, it should be noted it’s the first 007 movie where one of the Bond Girls can not be seduced by Bond’s charms, as seen by the villainess Fiona Volpe (Luciana Paluzzi). Additionally, the main female lead of the film, Domino (Claudine Auger), also gets to be one of the few Bond Girls who sees 007 as much as a disposable distraction as he does her. She also is to date the only Bond Girl to kill the film’s main villain and save 007’s life instead of the other way around.

Nevertheless, being aware of the obviously egregious and even grotesquely antiquated elements of both films, and what they represent, is both a better way to understand the pervasive social prejudices of 1960s pop culture, as well as to consider the same character in the 21st century.

Fukunaga is doing just that as well by being aware of the character’s inherent sense of entitlement—and contextualizing that as a flaw instead of a virtue.

In this regard, Fukunaga told THR about why he and No Time to Die producer Barbara Broccoli were so keen on bringing Emmy winning writer Phoebe Waller-Bridge into the fold and working on the new Bond movie’s screenplay.

“From my very first conversations with [Broccoli] that was a very a strong drive,” Fukunaga said. “You can’t change Bond overnight into a different person. But you can definitely change the world around him and the way he has to function in that world. It’s a story about a white man as a spy in this world, but you have to be willing to lean in and do the work to make the female characters more than just contrivances.”