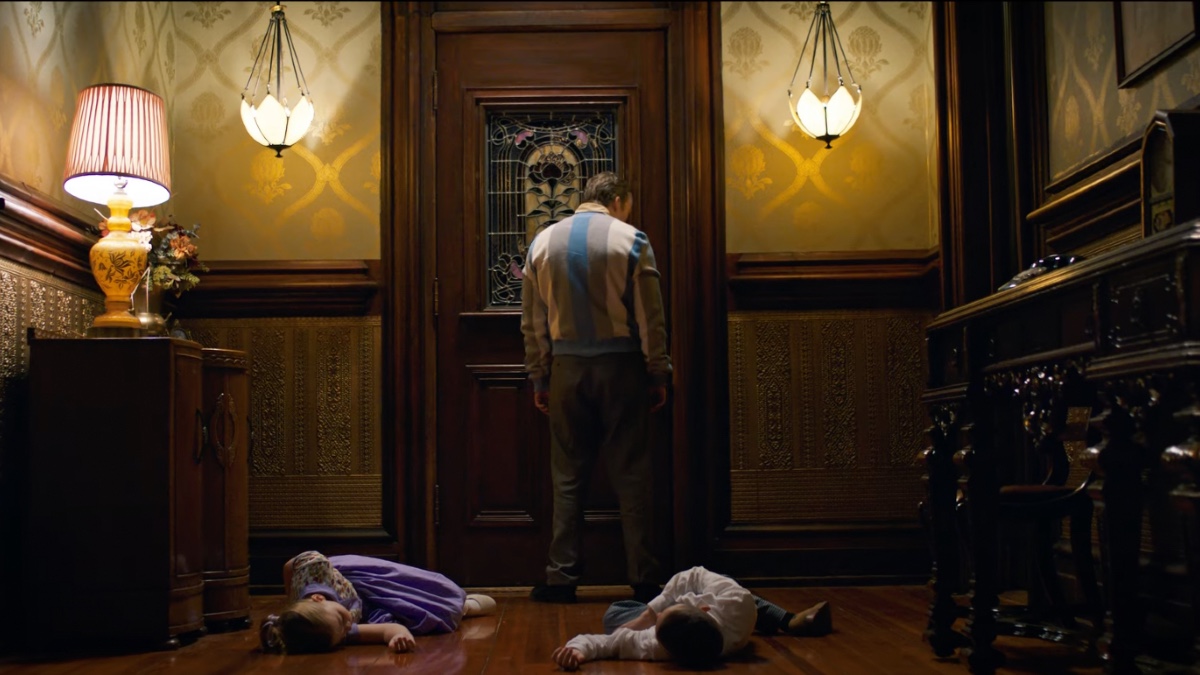 Still, through three seasons of nostalgia-tinged spookies, Stranger Things has mostly stayed in the realm of monsters. Whether it was the Demogorgon, its “Demo-dogs”, or the skyscraper-sized Mind Flayer, Stranger Things’ big bads have been more Dungeons & Dragons style creatures from the Upside Down rather than your traditional things-that-go-bump-in-the-night spirits.

Perhaps, however, that is all set to change with Stranger Things season 4. During Netflix’s global fan event, TUDUM, Stranger Things creators The Duffer Brothers and actors Gaten Matarazzo (Dustin Henderson) and Joe Keery (Steve Harrington) unveiled the latest sneak peek at the upcoming season set to premiere in 2022. The Duffers noted that this was the third teaser they’d released (after one featuring Hopper in Russia and another taking place in Brenner’s lab) and that there was still one more on the way. It’s hard to imagine that fourth teaser topping this one though. Take a look below and see what we mean.

Welcome, Stranger Things fans, to The Creel House. (Fun fact: I actually misheard it as “Creole House” initially but a Netflix email blast to journalists confirms the “Creel” spelling). This is a highly atypical first look for Stranger Things as it brings the narrative much further into the past than we’ve ever seen yet.

The clip picks up with a family (probably the Creels) moving into a gorgeous blue mansion in the ‘50s or ‘60s. Naturally it doesn’t take long for some real creepy nonsense to begin. Rabbits are found eviscerated in the front yard, lights flicker, and we see a brief glimpse of dead children – you know, the usual for haunted houses. Then the clip flash-forwards to the Stranger Things’ present in the ‘80s in which Dustin, Steve, Lucas (a shockingly grown-up Caleb McLaughlin), and Max Mayfield (Sadie Sink) search the mansion for items unknown.

The clip’s end all but confirms that the goings-on at the Creel House are related to the Upside Down, thanks to a cracking grandfather clock in a typical Upside-Down environment. It’s still quite a refreshing and interesting change of pace to see our heroes exploring what could easily be called a classic “haunted house.” Finally, Dustin’s Ghostbusters Slimer badge makes sense.

Stranger Things season 4 does not yet have a release date but will be arriving on Netflix in 2022. The season will consist of nine episodes, the first of which will be titled “Chapter One: The Hellfire Club.”