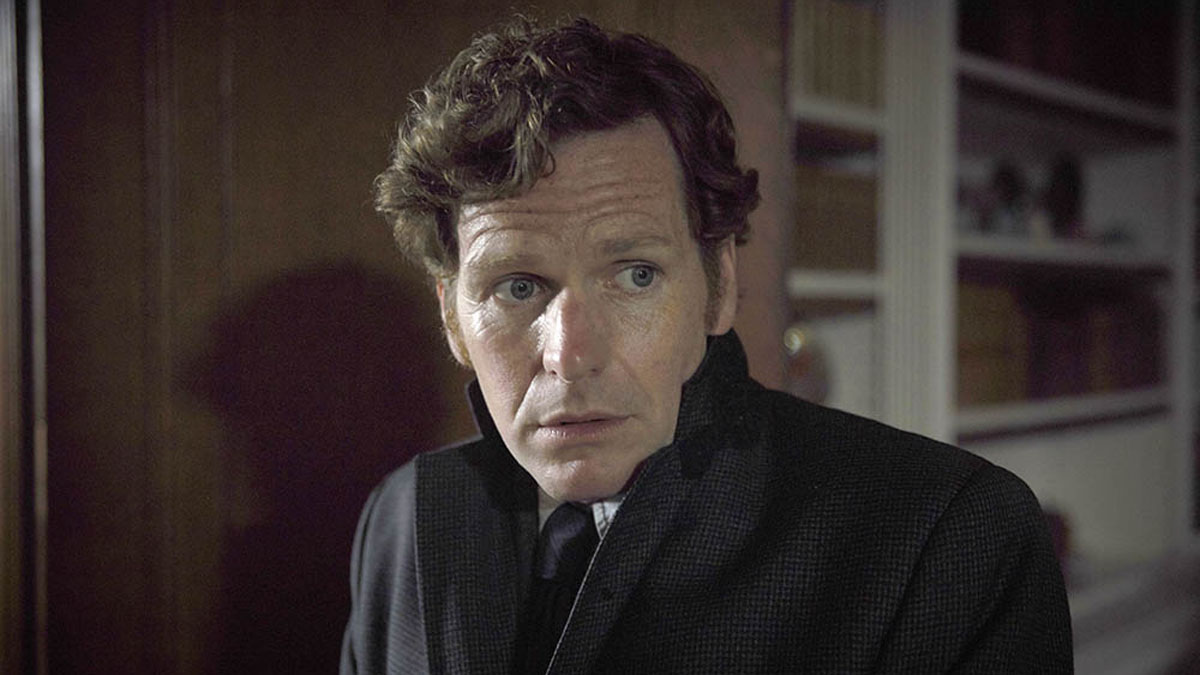 Back in 2019, I interviewed Endeavour’s writer Russell Lewis for Den of Geek. We talked about the young Morse’s love life (or lack thereof), the show’s many nods to 1960s cinema, and even Endeavour’s interesting choices in facial hair. After what had, at that point, been six series of the Inspector Morse prequel, one question was inevitable. Where would it all end?

Lewis (appropriate name, that) wouldn’t be drawn on exactly what the long game was at that point. Quite right, too: it was always going to be ITV’s call, and he could have been inadvertently setting us up for disappointment. “There is an ultimate super-terminus we’ve all got in mind for it, and we’ll see if we get there.” One word in that sentence stands out from this distance: terminus. The end point of a bus or train route, the final stop on a journey.

‘Terminus’, the episode, begins with a few endings, none of them happy. We watch as a disturbing tableau plays out on a wintry Oxford night, intercut with unpleasant news cuttings from 1963 that tell of a gruesome murder spree dubbed the “Bloodbath at Tafferton Park.”  In the present day, it turns out that a young woman who seems to be the object of a bus conductor’s overbearing attentions isn’t, in fact, the murder victim we’re expecting. Instead, the unfortunate Professor Stanton is found, brutally stabbed and with his eyes scratched out with crosses, in the grimly fitting surroundings of a churchyard.

Director Kate Saxon does a superb job of keeping tension high in what, for me, is the stand-out episode of this eighth series. There are some great jump scares and effective use of light and shadow in a mystery that blends period-appropriate Hammer stylings with a touch of Agatha Christie. For all Max DeBryn’s arch talk of “exsanguination”, there’s nothing supernatural here in the end. Not unless you count the portents of the future that haunt its final moments, that is. This case seems like it should be “right up Morse’s apse”, as Max puts it while taking a moment to consider the unusual crime scene. Yet, for once, our man is nowhere to be seen.

Morse is in a bad way, drinking so heavily that he’s calling in sick to spend more time knocking back pints in the pub. Thursday and Bright have noticed, and Bright – never slow these days to spot problems with his men’s morale – is considering transferring him to Kidlington. A change is as good as a rest, in his view. Thursday doesn’t want to lose him, but he knows all’s not well with his protégé. The stage is set for a major falling out between the two men, as Morse doesn’t respond well to being confronted with the evidence that he has a problem. The news that Thursday’s son Sam has disappeared while serving in Northern Ireland has already put him on edge; the thought of losing his surrogate son is more than he can handle.

As a very convincing snow storm batters Oxford, bringing down phone and power lines and stranding its citizens in their houses, Morse tries to make his way home on the bus. It’s not long before the vehicle falls foul of the weather, and its mismatched band of passengers decide to seek shelter in, of all places, Tafferton Park. Abandoned after the slaughter at a school reunion carried out by “the Loomis boy”, the old place isn’t the most desirable shelter in a storm. Soon, though, the passengers will have bigger things to worry about than the cold. A killer is on the loose again, and this evening will prove to be a turning point for Morse, one way or another.

Everybody gets their turn in the spotlight here, as we reach the end of our route. Bright reveals the private grief behind his professional veneer to Thursday, with his usual quiet dignity. Endeavour and Joan Thursday share one last moment, reminding us of what might have been; Strange’s arrival to comfort Joan as she worries for both her missing brother and her parents’ struggling marriage is a nudge towards what likely will be. One of his fellow stranded passengers asks Endeavour his name. “Morse? Just Morse?” “That’s right,” he replies with the kind of smile that prohibits further questioning.

When the murderer is named and the case is closed, Morse and Thursday find themselves together in companionable silence. Fred’s still in limbo, with no news of his son; Morse, thanks to his old mentor’s help, is on the verge of breaking through the wall of pain he’s built around himself. The weather is changing. “Beginning to thaw,” Morse says, almost in wonderment. The sun will always come up, Fred tells him: that last, remorseless day is still in the future.

And so we leave Endeavour Morse, ready to take the first step on a journey we already know, from a last bus to Woodstock to murders Down Under. How fitting to part with a nod to John Thaw, just before Barrington Pheloung’s unforgettable theme kicks in. Late and much lamented, both of them: the last word, and the first, is rightly theirs.

A big thank you to all of you who have followed these reviews since I started writing them for series two in 2014: reading your theories has been so much fun, and I treasured your kind comments. We may yet find ourselves back here again. If not – to pinch a quote from two titans of 1970s TV, in classic Endeavour fashion – it’s goodnight from me, and it’s goodnight from him.