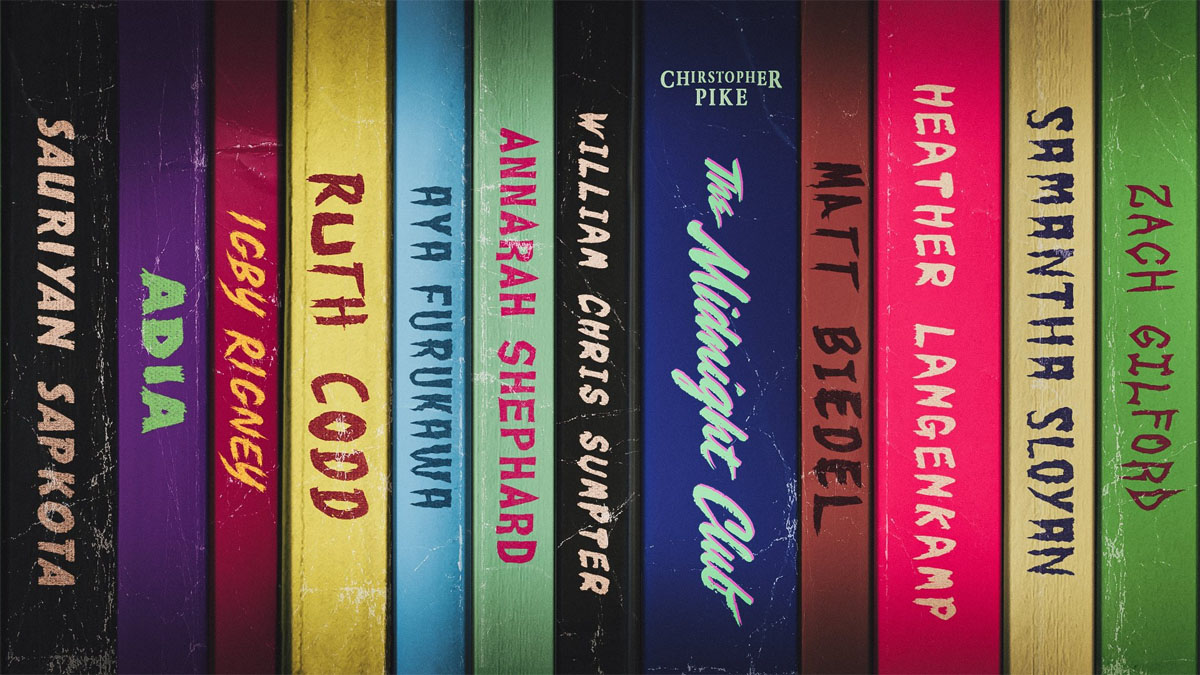 Between booze and cigarettes, says Mike Flanagan, he’s shed a lot of addictions by this point in his life, but work isn’t one of them. “I cannot eliminate work,” the writer-director tells Den of Geek and other press over Zoom. “That is the addiction I haven’t escaped and it’s running amok in the absence of all the others.”

He’s not kidding. In the last five years, Flanagan has directed, written or co-written and edited five feature films (Hush, Before I Wake, Ouija: Origins of Evil, Gerald’s Game and Doctor Sleep) as well as directing, co-writing and executive-producing three Netflix series (The Haunting of Hill House, The Haunting of Bly Manor and Midnight Mass) with producer Trevor Macy. Oh, and they’ve already wrapped filming on Netflix series number four, The Midnight Club, and at the time of writing, are currently prepping to fly back to Vancouver to start filming on Netflix series number five. That will be Something is Killing the Children, an adaptation of James Tynion IV and Werther Dell’Edera’s Eisner Award nominee comic book, and we hope to see it in 2023.

The last 18 months of all that, remember, happened during a pandemic that interrupted production on shows and films around the world, but still didn’t derail the Flanagan train. A break may finally be on the cards, says the writer-director, then concedes, “but every time I say that, I jump into something else.”

Underlying the compulsion to keep moving at this pace is anxiety, Flanagan explains. “There’s this fear that if you really shit the bed with a project, you won’t get another chance. So I like to start shooting another project before the first one comes out.” Flanagan’s most recent Netflix series Midnight Mass, is his most personal to date, and has been swimming around his head since the mid-2000s. His next series The Midnight Club goes back even further, as an adaptation Flanagan has dreamt of making since he was a teenager.

Flanagan was 16 years old in 1994, when Simon Pulse published The Midnight Club. Forget the James Patterson novel of the same name – there are no mobsters and psychopathic killers here. This is the story of Ilonka, Anya, Sandra, Kevin and Spence, five terminally ill teenagers at a hospice who come together each night at midnight to tell spooky stories, and make a pact that the first of them to die will try to make contact from beyond the grave. It’s a perfect fit for Flanagan, whose recent Netflix series have all combined well-turned scares with thoughtful contemplation of death and addiction.

Flanagan’s The Midnight Club anthology series won’t only adapt the spooky stories in the 1994 book, but also draw inspiration from across Christopher Pike’s work. The prolific author (whose real name behind the Star Trek-inspired pseudonym is Kevin McFadden) has a huge range of Young Adult and Adult stories to draw upon, from fan-favourite Sati to the ‘Thirst’ books, originally released as ‘The Last Vampire’ series, and many more.

We’ll bring you more on The Midnight Club, which should arrive in 2022, and Something is Killing the Children, which is due to follow in 2023, when announced. For Flanagan’s sake, perhaps afterwards he’ll finally take that well-deserved break, before being welcomed back refreshed and ready for more.

Midnight Mass is available now to stream on Netflix.