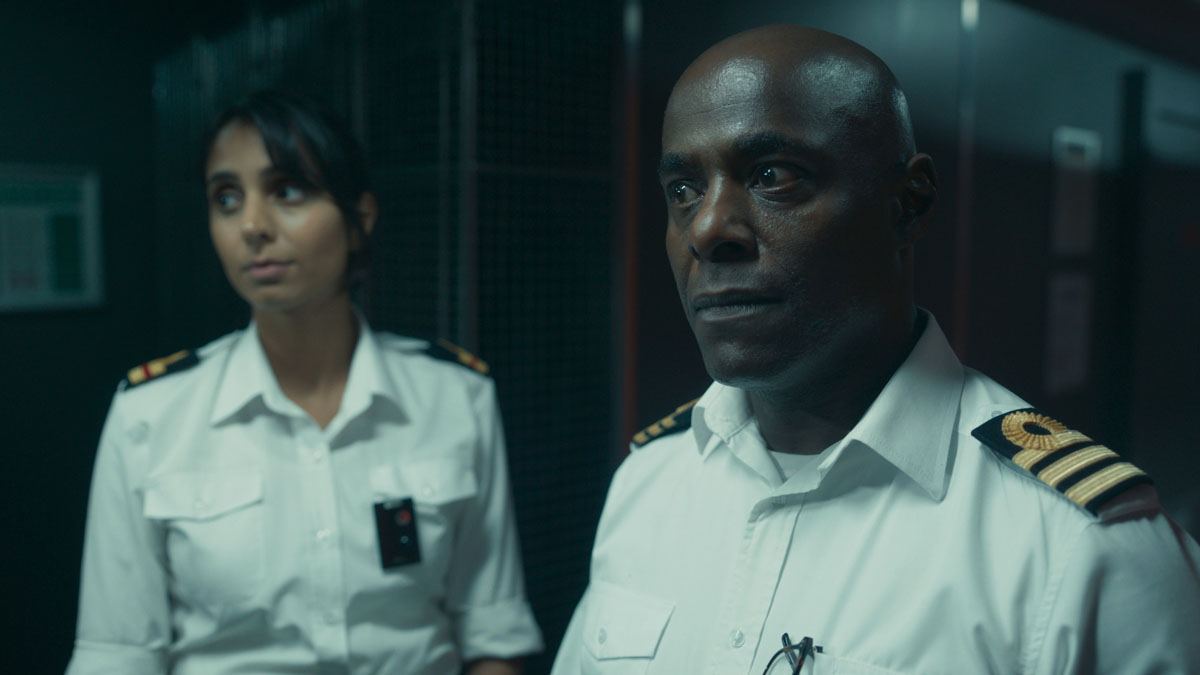 DCI Silva needs to send a fruit basket to whoever thought to include a ‘Cancel Tube Flood Cycle’ button on Britain’s vanguard-class submarines. That one will have gone straight to the top of her personal Best Button list (my top three: Cadbury’s, R1 on a PlayStation controller, and Moon). Silva had a narrow escape from the triple nightmare of drowning in an enclosed space while screaming so loudly that everybody can see your fillings without actually making a sound. Add in an exam she hadn’t revised for and some public nudity and she’d have covered all bases.

It was back to base by rescue helicopter for Silva, Glover and the treacherous Doward – who turned out to be an arbitrary villain. What political conviction or personal grudge had made him sign up to become a Soviet state-sponsored serial killer? None that we learned of. “He’s a narcissist,” concluded Silva. “It made him feel special, gave him power.” Could the man not simply have started a podcast?

The vagueness of Doward’s motivations were actually perfect for the villain he became in this ultra-tense finale – a generic masked killer from a slasher movie. Pursuing Silva around that red-lit missile deck, breathing like Darth Vader and flashing the knife he’d just used to violently aerate Lt. Commander Prentice (RIP), Doward became Jason or Freddie or the guy(s) under the Scream mask. Whatever drove him was besides the point, he was a scary baddie who needed to be stopped. And stopped he was, by a crafty trick from Captain Newsome (hooray!) and a neat punch from Chief Petty Officer Kierly (get in).

The lack of specific motivation for Doward’s actions was uncharacteristic of this finale (the best episode since Vigil’s opener), which otherwise embedded what we’ve been watching in a political context. Patrick Cruden MP and the Rear Admiral had a mini Cold War of their own around that table. Each was in possession of something explosive that could injure the other, and so agreed not to detonate to avoid mutually assured destruction. The Port Havers cock-up that led to the US boat shadowing that led to the drowning of that trawler crew was covered up and pinned on Russia, while the actual Russian threat was kept under wraps.

Before Burke’s paean to peace and love closed the episode on a note of romance, we were given a rundown of who wants what, and what this whole adventure has meant. The British Navy wants to renew its outdated nuclear fleet (so needs Russia to be seen as a threat, and the dangers of nuclear weapons minimised). Anti-Trident MPs and activists want nukes out of Scotland (so needs the subs to be seen as dangerous and vulnerable). Russia wants to flex its muscles and embarrass Britain on a political stage (so needs it to be known it can sneak an operative onto our boats whenever it feels like it). Amy Silva? She wants Poppy, Kirsten, a future unencumbered by guilt, and probably, never ever to go on holiday on a cruise ship.

Up until the moment Doward was taken down, the finale was chock-full of tension as a series of characters opened a series of doors and screamed ‘Christ!’ at what they found. While Silva dodged Doward on the missile deck, roughly 30 other emergencies were happening at the same time, from Glover being on death’s door, to a newly redeemed Walsh trying to repair the comms wire, to the two engineers trying their damnedest to shut off a valve that Doward had bashed open with a hammer (no sickle?), and the Captain trying to swallow quietly and not let his inner monologue of ‘shhiiiiiiiiiiiiiiiiiiiiit’ show on his face every time he was told they were 10 metres from “crush depth”. Expertly spliced together, it made for a gripping half hour.

After Doward’s arrest, we were left with a mix of domestic optimism (Silva and Longacre’s rekindled romance), political cynicism (the Rear Admiral’s press conference), heart-warming camaraderie (Walsh, Kierly and Hadlow’s ‘we’ll see this through’), plus a much more colourful mental image of the many current real-world news stories about Russian spies, nerve agents and submarines than we would have had without Vigil. Now, patrol dismissed and godspeed. It’s been an honour serving with you.

Go deep on Vigil’s ending with us here.

FLASH FACTS | Official Trailer
Marvel Studios’ Ant-Man and The Wasp: Quantumania | Enter the Quantum Realm
The Last of Us: How Long Does It Take to Beat the Games?
Is This Succession Character Harboring a Painful Secret?
Hogwarts Legacy: How to Unlock and Claim Twitch Drop Rewards