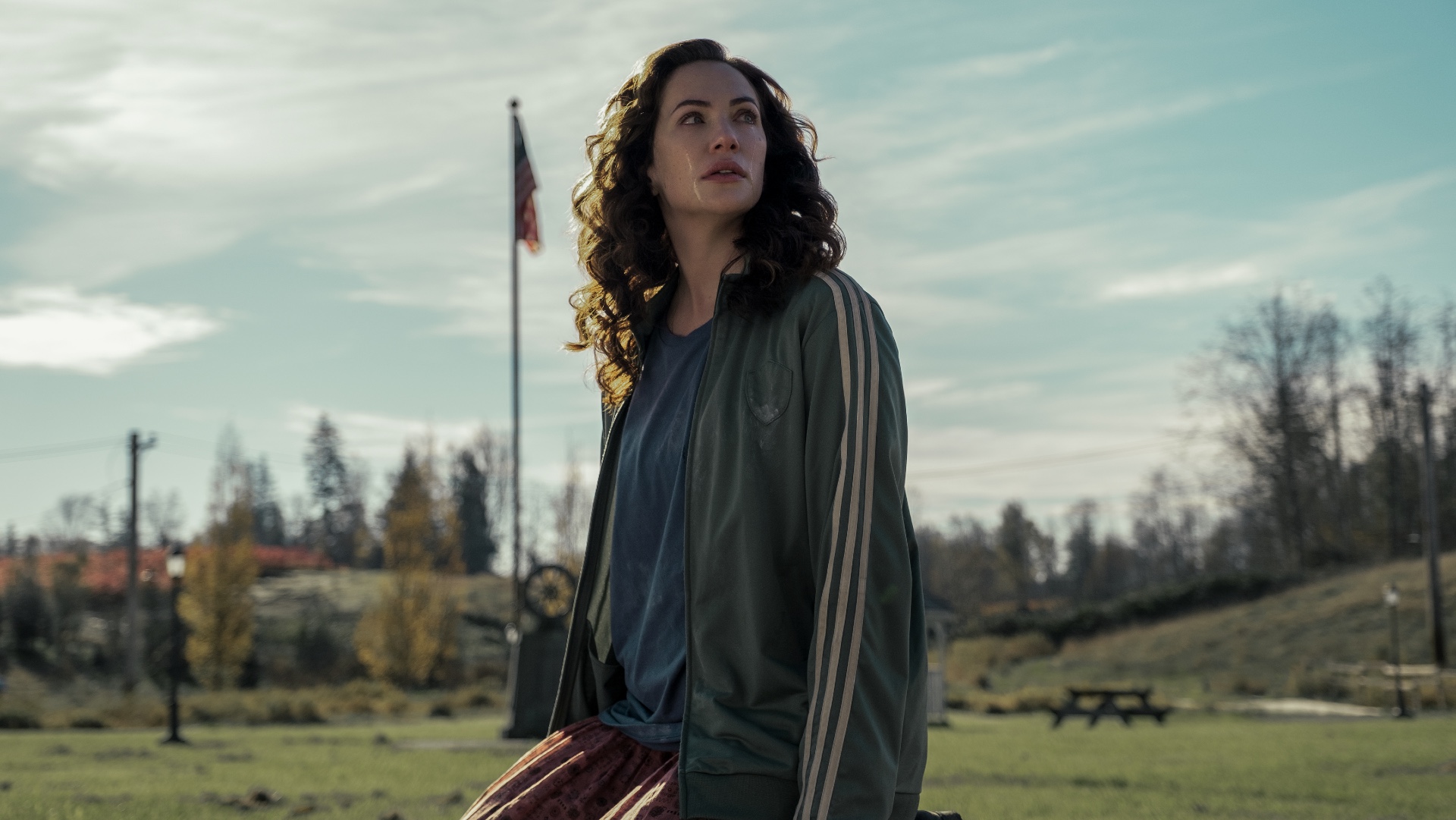 It can be frustrating being the partner of an artist. When Kate Siegel first read the script for Midnight Mass, the new Netflix series from her husband, horror auteur Mike Flanagan, she had a somewhat unusual, yet relatable reaction.

“I believe I threw the script across the room,” she tells Den of Geek and other outlets. “I was like, ‘What the…? Oh, you’re so smart. I hate you.’”

It’s easy to tell that Siegel is being facetious. After all, Flanagan has entrusted some of his most memorable characters to Siegel, and in return, she’s imbued a sense of strength, intelligence, and world-weariness in them.

Midnight Mass is the seventh overall collaboration between the husband and wife duo and the third Netflix horror series in a row. In The Haunting of Hill House, Siegel played middle Crain sibling and black sheep Theodora, a fan-favorite character with empathic sensitivity powers that cause her to be closed-off and guarded. Though her role in the sister series The Haunting of Bly Manor wasn’t as large, it was perhaps even more impactful. Siegel played Viola Willoughby-Lloyd, the original owner of Bly Manor who, in a standalone episode, becomes ill and watches as her sister steals her husband away from her. Viola eventually becomes the spirit known as The Lady of the Lake, the malevolent presence at Bly Manor that does the titular haunting.

With Midnight Mass, however, Flanagan reserves the best role for his wife for last (so far). In the horror series, Siegel plays Erin Greene, a resident of Crockett Island who returns home after running away as a teen. Pregnant and fleeing an abusive relationship, she takes over the role of schoolteacher from her deceased mother and reconnects with another returning resident, Riley Flynn (Zach Gilford).

As the series progresses, Erin’s role expands, and she becomes the de facto protagonist of Midnight Mass. She delivers a standout closing monologue that beautifully delivers the series’ central themes and appears as if it’s coming to Siegel in the moment and shocking even her. It’s the sort of smart writing that would make you throw a script across the room.

Whereas Theo and The Lady of the Lake were hardened by their experiences, Erin doesn’t let the past prevent her from being a warm person or living a full life. Erin’s faith allows her to keep from being weighed down by her baggage.

“A lot of the characters I’ve played before Erin were very sharp women,” Siegel says. “They tend to be prickly or tense in a certain way. And Erin is the opposite of that. Erin is open and light.”

While Erin has every right to be bitter — failed dreams of stardom, a less than ideal relationship with her mother, a history of abuse — she is a ray of light on the grey, fading island of Crockett. Unfortunately, Erin’s light is tested by the inexplicable events that coincide with the arrival of mysterious young priest Father Paul (Hamish Linklater). Well into her pregnancy before Paul’s arrival, Erin goes for a routine check-up after attending one of Paul’s masses and discovers that her baby has vanished from her body.

While Midnight Mass offers horrors of a more supernatural kind, the unexpected loss of a child during pregnancy is real life terror that is painfully relatable for many. In portraying the devastating loss, Siegel focused on the more fantastical elements of the story rather than dwelling on the agonizing realities of a miscarriage.

“For me, there was a specific difference, which is that Erin knew she hadn’t had a miscarriage. She knew that,” says Siegel. “I went to Mike and I said, ‘I’ve decided that Erin has had a miscarriage before.’ So she knows what it looks like and she knows what it feels like. The thing I actually tapped into was a very familiar feeling…of people not believing you when you’re telling them the truth.”

With all of the intrigue in Crockett and personal turmoil for Erin, her faith never wavers. While by no means a fanatic like pious character Bev Keane (Samantha Sloyan), Erin finds safety and compassion in the Church. Her spirituality is not so contingent on scripture, but on the feeling that everyone and everything are connected, and that connection is what we call God. It’s a lovely sentiment and view of religion, but not one necessarily shared by Siegel.

“I was raised Jewish and the tenet of Judaism that always stuck with me was ‘ask more questions.’ Then I ended up at an Episcopalian high school for the last two years of my schooling and they did not like that approach. I developed quite a judgment of religion. So when Erin came my way, I had some judgments on her. Then through the course of it, I learned not to judge people like that. I hope that’s the best part of religion. Ask questions. Do unto others.”

Love, loss, religion, mystery; it’s all there in Midnight Mass and no character better embodies the themes than Kate Siegel as Erin Greene.