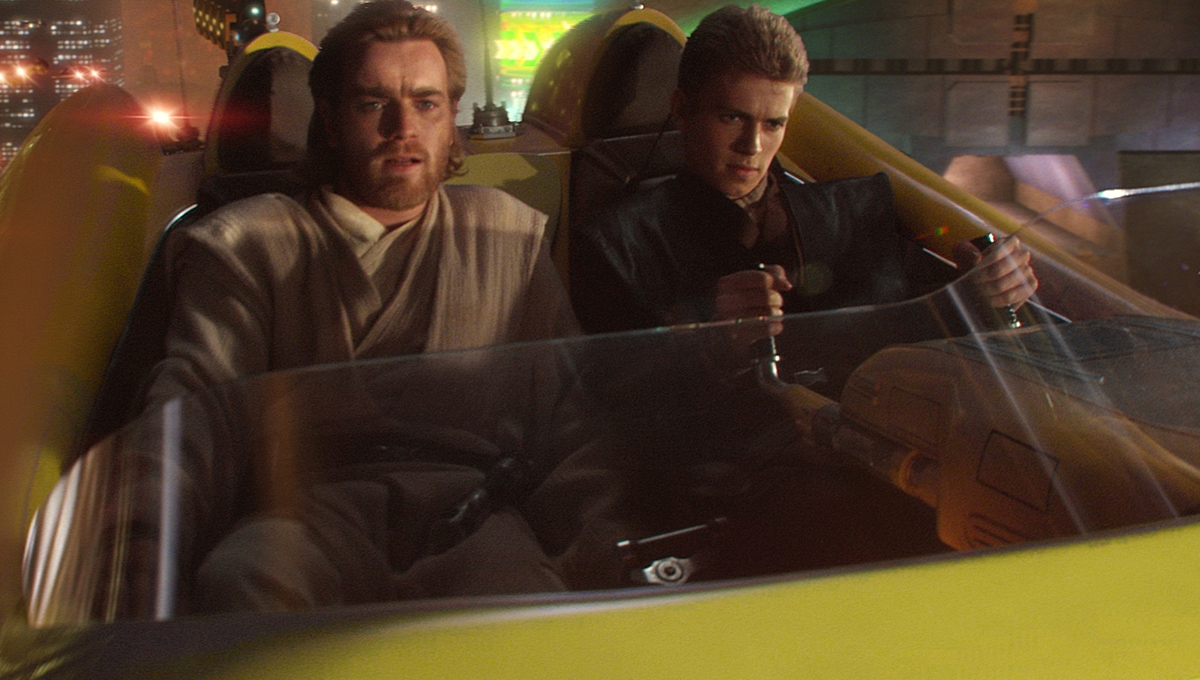 As Disney’s Star Wars Sequel Trilogy movies became a hot button topic in recent years, the scathing stigma once widely attached to their immediate predecessors, Lucasfilm’s 1999-2005 Prequel Trilogy, has oddly eased back. It’s a phenomenon that, 16 years after their conclusion, is attributed to generational nostalgia and, arguably, plot-enriching context on the films’ era provided by multimedia material such as celebrated franchise-watershed animated series Star Wars: The Clone Wars. In fact, a potent figure in the franchise, Luke Skywalker himself, Mark Hamill, recently dealt intriguing praise onto the prequels.

Luke Skywalker, upon successfully resisting the Dark Side of the Force, defiantly declared himself to be a Jedi, like his father before him. Poetically, his onscreen portrayer, Mark Hamill, has revealed himself to be a fan of director George Lucas’s divisive cinematic story, to which his climactic quote refers. While the recently-released biography of Star Wars Original Trilogy producer J.W. Rinzler, titled Howard Kazanjian: A Producer’s Life, already provided Marcia Lucas’s stinging, headline-making mic-drop on the recent Sequel Trilogy, it also happens to contain an interesting analysis (via IndieWire) from Hamill regarding the generally-unsung artistic merit of the preceding prequel films.

“I was impressed the prequels had their own identity,” lauds Hamill. “They were criticized because they were exposition-heavy and more cerebral and probably, like he said back in 1976, they weren’t as commercial. It’s a darker story. But in the age of social media, people’s voices are amplified, and I’m shocked at how brutal they can be, not just in the case of Star Wars films, but across the board.”

Contextually, if Hamill were bestowing the prequels with this level of praise back in, say, around this time in 2005—when the direction of sequel-closer Revenge of the Sith was still fresh in the minds of vocally outraged segments of the fandom—he would have found himself the center of mockery—temporary as it would have been, since, you know, he’s Luke Skywalker. While the words will still likely raise some eyebrows in 2021, his opinion won’t likely be met with significant resistance. In fact, some of those would-be contemporaneous critics might now even concede that Hamill does have a point, at least when it comes to the complexity of the inherent philosophical and political concepts that buoy the prequels hidden beneath the surface of the three-film tale chronicling young Anakin Skywalker’s transformation into Darth Vader. In fact, one could even point to a newfound respect having been achieved for the unmitigated loftiness of Lucas’s designs. However, the way said designs were executed is another story.

Perhaps boosting a perception that the actor has spent the last few years biting his tongue regarding the misanthropic manner of his character’s return in Star Wars sequel entries The Last Jedi (2017) and The Rise of Skywalker (2019), Hamill states that the Prequel Trilogy—perhaps as opposed to the sequels—had established their own identity. There’s certainly no arguing against the ideas that prequels The Phantom Menace (1999), Attack of the Clones (2002) and Revenge of the Sith (2005) diverge starkly in tone and topic from canonically-subsequent Original Trilogy films A New Hope (1977), The Empire Strikes Back (1980) and Return of the Jedi (1983). Indeed, we went from the trilogy-launching opening crawl that conveyed with pithiness the desperate survival struggle of an embattled rebellion to a drier dispute over “the taxation of trade routes to outlying star systems.” Yet, with Lucas’s central idea designed to tell the story of how relative peace can, with the manipulation of a key few figures, give way to overwhelming authoritarian power, the trilogy’s start was never destined to be intense.

Thusly, the designs do align with Hamill’s description as “cerebral,” and certainly manifest as more nuanced than the Original Trilogy’s clearly-delineated theme of scrappy, exponentially-outmatched freedom fighters struggling against an omnipresent evil—compelling and immediately-accessible as they may have been. However, the prequels’ intellectual designs were hindered by the fact that the films became prototypical products of a new age, in which digital filmmaking effects and blue-screen-backed shots were becoming embraced in lieu of the more-organic practical techniques of the franchise’s past. Indeed, the prequels bore a bright, artificial aesthetic, which certainly made them feel canonically disconnected from the originals, despite the opposite intent.

Contrary to Hamill, Marcia Lucas’s book comments also castigate the direction of the prequels. Besides pointing out the odd nature of its inevitable romance between an initially 8-year-old Anakin and teenage Padme, she states of her ex-husband, “George is, in his heart and soul, a good guy and a talented filmmaker. I wish he would’ve kept directing [other kinds of] movies. But when I went to see Episode I — I had a friend who worked at [Industrial Light & Magic], who took me as a guest to a preview — I cried. I cried because I didn’t think it was very good. And I thought he had such a rich vein to mine, a rich palette to tell stories with. He had all those characters.”

Despite all the action-packed digital bells and whistles spread across the films—along with Jar-Jar-Binks’ widely-rebuked bull-in-a-china-shop approach to comic relief in Menace—the plot of all three prequels is essentially established in dialogue delivered across several sleep-inducing meetings and committees—notably from the Galactic Senate and Jedi Council. Within these scenes resides a story demonstrating the fragility of democratic ideals in the face of widespread survival instincts, which can be easily exploited from the shadows by an imperious few. In this case, said few were orchestrated by Naboo’s seemingly-earnest Senator, Palpatine, who, in secret, is the Sith lord who would successfully escalate a simple trade dispute into a galactic war that would see his bureaucratic alter-ego seize supreme power in the galaxy as Emperor. However, the crux of the story is detrimentally hidden beneath the subtext of dry dialogue.

Unfortunately, the superseding shadow of story divergences was cast with Attack of the Clones, which is set a decade after The Phantom Menace, entangling the film in the minutia of more, hastily-handled exposition. In fact, one could argue that Menace was merely a lengthy, sanguine prologue to the two movies that technically qualified as true prequels. Indeed, the true inciting incident for the entire trilogy occurs in Clones, first with a hastily-introduced antagonist in Count Dooku (Christopher Lee), who we learn is a former Jedi who’s taken up a quasi-populist anti-government cause, all while secretly being Darth Sidious/Palpatine’s new Sith apprentice.

Dooku’s facade of a cause thrusts an unprepared Galactic Republic into a civil war against a horde of droid armies used by the Confederacy of Independent Systems. Yet, the war itself was the result of Palpatine’s hidden machinations to justify the secret creation of the Republic’s Grand Army of clones, which are innately loyal to him, eventually providing the might for his royal rise. However, the underlying political nature of this idea was not conveyed to the audience with any clear emotional potency. The result is a perfunctory—albeit action fulfilling—conclusion in Revenge of the Sith, which ultimately relegated those on-paper cerebral ideas to the realm of vague platitudes.

Nevertheless, if one needs proof that the Star Wars Prequel Trilogy finally melted the formerly frozen hearts of their skeptics, then look no further than reactions to upcoming Disney+ series Obi-Wan Kenobi. Not only will it see star Ewan McGregor pick up his lightsaber to reprise his role, but it will build upon the legacy of those films, strengthening their status as a canonical bridge to the sacred Original Trilogy, and just beyond that, early post-Return of the Jedi-set hit series The Mandalorian and spinoff The Book of Boba Fett. That is clearly a level of redemption once seen as unfathomable.