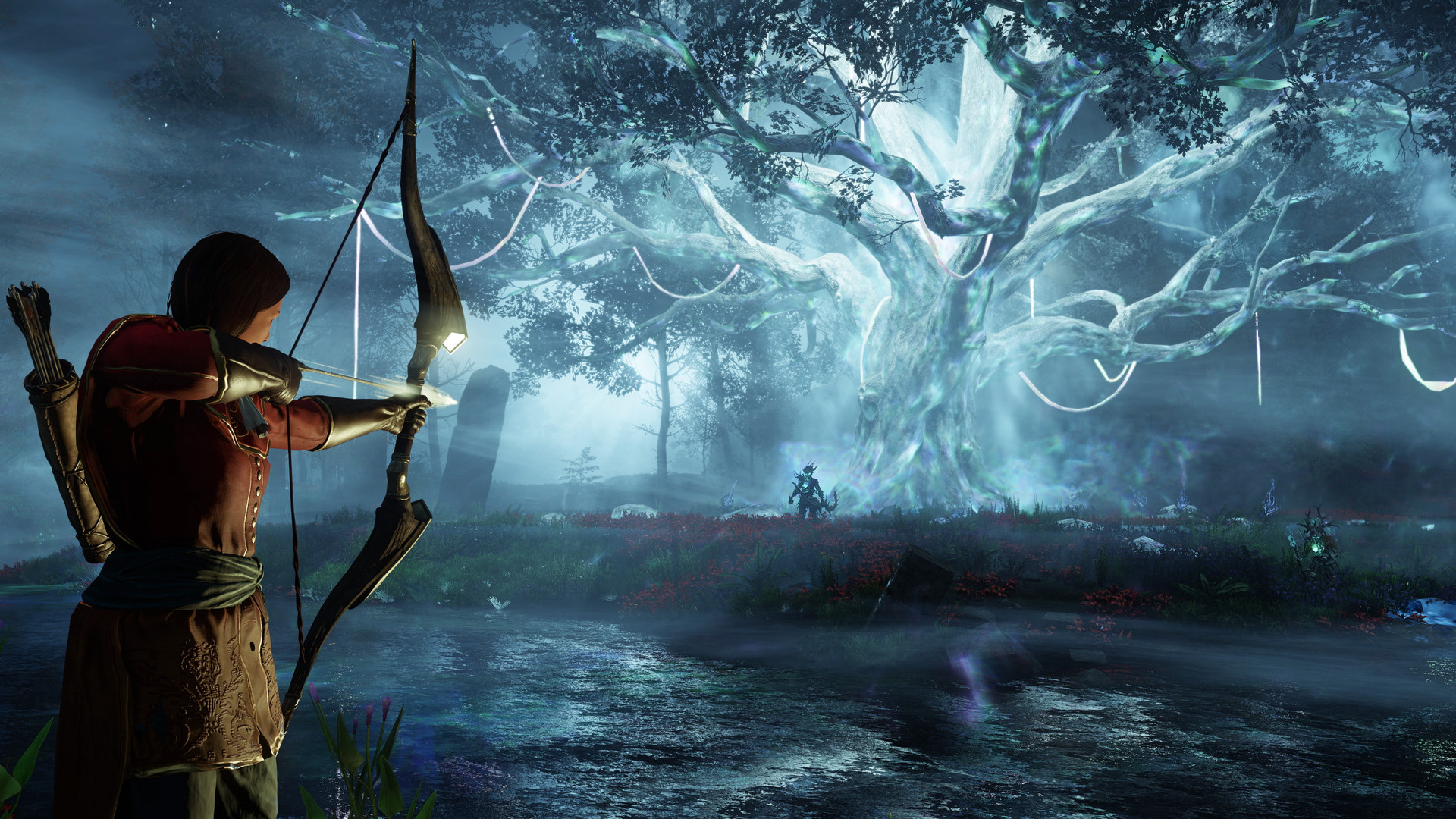 Amazon’s New World is finally here, and while the red hot MMO is quickly shaping up to be the company’s biggest gaming hit so far, it’s also worth noting that it might just be the buggiest major game since Cyberpunk 2077.

Now to be clear, it’s pretty much impossible to release an MMO or any game of similar size without a healthy amount of bugs. There’s a lot to be said about how many performance issues we’ve learned to put up with at a time when Early Access development strategies are being employed by a growing number of major studios supposedly working on “complete” retail releases, but there’s a degree to which you have to expect a game like this to launch with various bugs, glitches, and technical shortcomings.

It’s also worth mentioning that New World‘s bugs are not necessarily indicative of a lack of effort from the developers or that they somehow suggest this game is doomed to fail. Pretty much every successful MMO ever made launched with quite a few bugs and other problems. Final Fantasy 14 was even so bad at launch that it effectively had to be rebooted, and it’s now one of the most popular and critically acclaimed MMORPGs in the world.

Having said all of that, the quantity and…err… the quality of New World‘s bugs are already reminding some shellshocked gamers of those rough early days of Cyberpunk 2077‘s tragic 2020 launch.

For a better look at the quantity of New World‘s bugs, let me direct you to this official list of known New World issues that the developers were still working on around the time of the game’s launch. While some of those issues have since been fixed, the majority of the hundreds of bugs the developers were aware of at that time still need to be addressed. On top of that, New World‘s players have already taken to the game’s official forums and other social media outlets to share some previously unknown bugs.

More important than the numerous little bugs and glitches that people have discovered so far, though, are a few of the more noticeable issues that range from darkly hilarious to game-breaking.

At the moment, the most notable bug in the game has to be the one that forces you to wait 7 days to respawn your character. At the time of this writing, it’s not entirely clear what causes this bug, but what is clear is that the only reliable way to “fix” it is to log out of the game. The problem there is that some New World servers are so full that it could take hours to log back into the game after you exit.

The “7 days respawn” bug isn’t the only bug that’s exposing how bad New World‘s server issues really are. For instance, some PvP players have discovered that it’s actually possible to trigger a soft “invincibility” glitch that makes you immune to most forms of direct damage. Again, it’s not clear at this time how you can consistently trigger this glitch, but what is clear is that the “invincible” player needs to log out to remove the effect. More often, though, those who have to battle invincible players are logging out instead, which is, again, kind of a problem given the long queue times.

As PC Gamer and others have noticed, New World‘s “swimming” feature also doesn’t appear to be working as intended. Right now, it’s possible to “crouch” into deep bodies of water and go for a walk. That would seem to suggest that you’re not actually supposed to be able to swim, but the fact that there’s a breath meter on-screen during those sequences implies that you’re either supposed to be able to swim or that the developers were aware that this glitch was possible and decided to “counter” it by allowing you to drown.

Actually, it’s possible to trigger a number of notable New World glitches simply by crawling, jumping, and performing movement functions that aren’t running or walking in a straight line. Players have managed to squeeze into a variety of clearly unintended areas and even become “stuck” in the world simply by taking advantage of advanced movement features like hopping over a rock.

Unfortunately, not all of New World‘s bugs have been quite so amusing. From deleted characters to frozen dungeons and quest/class building options that simply can’t be completed at the moment, there are more than a few New World bugs out there that make it impossible for some players to progress. It’s difficult to say with absolute certainty how common these bugs really are, but given the number of replies these issues have received on the New World forum and elsewhere, it certainly seems that many of these game-breaking issues are more than just isolated incidents and seem to represent bigger problems.

So is New World‘s launch as bad as Cyberpunk 2077‘s so far as bugs go? That’s obviously a little subjective, but my immediate answer to that question would have to be “not quite.” Not only was Cyberpunk 2077 a single-player game (and thus theoretically shouldn’t have been subject to the sheer number of bugs and glitches that are usually reserved for MMOs and similar online titles), but Cyberpunk 2077 was essentially unplayable at launch on Xbox One and PS4. New World is a very buggy game, but I’ve personally been able to play it for extended periods of time on PC without encountering game-breaking issues, which is not something that I could say for the PC version of Cyberpunk 2077 (which was by far that game’s most stable platform at launch).

At the same time, you do get the feeling that New World wasn’t quite ready for prime time. Any MMO is going to go through a rough patch like this at launch, but the hope is that the game is stable enough to ensure that most players don’t ultimately feel like they’ve paid for the chance to be beta testers. To be honest, New World only feels slightly better from a stability standpoint than it did during the recent Open Beta period.

That being the case, anyone who doesn’t want to deal with what figures to be New World‘s roughest days should probably wait to pick this game up until things settle down a little bit. While there’s always a strong temptation to jump into an MMO as soon as possible in order to maximize your time with the game, I’d say that New World is currently buggy enough to justify scaring off all but the earliest adopters who were already sold on this game’s core concepts and, on some level, probably suspected they were going to have to put up with some of these issues out of the gate.

Hogwarts Legacy: How to Unlock and Claim Twitch Drop Rewards
Happy Valley Series 4 Won’t Happen, and That’s Perfect
The Last of Us: Who Is Kathleen In the Games?
Why Dragon Quest Has Always Been So Much More Popular In Japan
Pizza Tower Is the Best New Wario Land Game We’ll Probably Ever Get