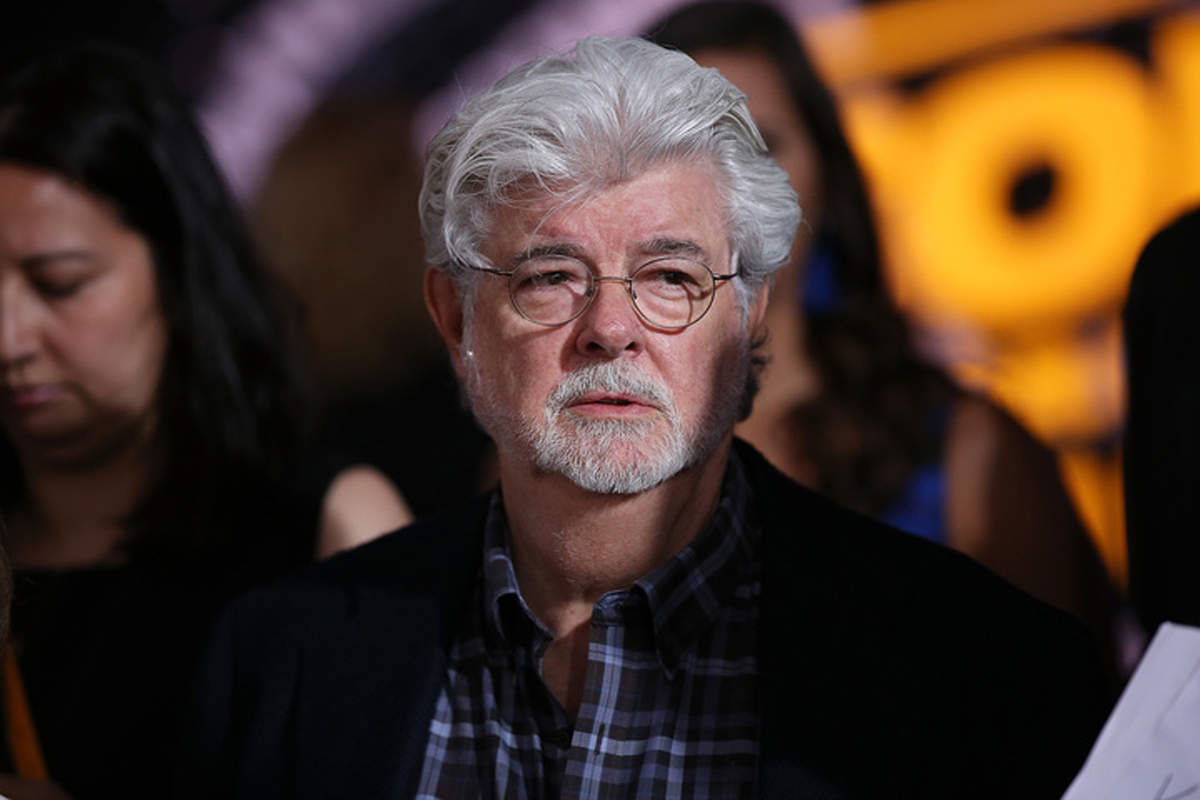 Yes, the filmmaking visionary who, with some help, conceived a ubiquitously-dominant film franchise, is set to be immortalized in plastic via the practice that put the Star Wars merchandising machine on the map. Indeed, Hasbro Toys has revealed a new George Lucas rendition, this one arriving in the 6” scaled Black Series line. While the gravity of such a tribute might be mitigated by the fact that it’s his fourth figure, this particular release commemorates one of his most crucial, pre-Star Wars, achievements: the 50th anniversary of Lucasfilm.

Of course, George Lucas has generally stayed on the sidelines ever since he cashed in his proverbial chips of ownership and once-definitive creative control over Star Wars for a cool $4 billion Disney-dealt payout back in 2012. However, as the franchise enters a period of transition after varied degrees of success from the Prequel Trilogy and a two spinoff films, and widespread acclaim from old-school-aimed live-action television series The Mandalorian and upcoming spinoff The Book of Boba Fett, it does feel like things are returning to the nixed direction in which Lucas was steering things before the Disney era. Consequently, Hasbro’s latest toy gesture to thank the maker—depicted as a stormtrooper—is timely regarding the prospective shifting of franchise tides.

Check out the photos of Star Wars: The Black Series George Lucas (in Stormtrooper Disguise) just below!

As you can see, the figure further fuels its nostalgic nature by way of being packed in a now-common retro-styled cardback, which resembles—albeit on a bigger scale—the design of the vintage 3 ¾” Kenner action figures. It’s hardly unique for the Black Series, but nevertheless comes across as poetic, given the figure’s subject. In a method expedient to the manufacturing process, the body of the figure is flannel/denim-free, and instead reuses the recently-released Stormtrooper figure mold, which is the 6″ line’s current standard. Yet, the George Lucas face designed to reside beneath the white dome is all-new and reflects the face scan technology that has been implemented in recent years, resulting in this being the creator’s most realistic plastic depiction thus far.

Vickie Stratford, sr. director of product design at Hasbro, tells StarWars.com, “As a lifelong Star Wars fan, I have both the honor and privilege to bring characters from the franchise to life in product form every single day,”. “When the opportunity came to design the George Lucas figure, we were especially excited for this project. This figure is just one of the many ways we can honor his legacy for years to come and we hope fans cherish it as much as we did!”

Contrary to the figure’s retro theme, its depiction adapts a more-current, older/grayer version of Lucas. It’s a decision that might be perceived as odd, seeing as the figure commemorates the era of Lucasfilm’s formation, which occurred on Dec. 10, 1971, in the aftermath of Lucas’s first feature, sci-fi dystopia drama THX 1138. He would immediately follow that film with a thematically-diverging entry in 1973 early-1960s-set coming-of-age comedy American Graffiti, which—co-starring future Solo: A Star Wars Story director Ron Howard—was the first release under the Lucasfilm banner, co-produced by the Coppola Company and Universal. Of course, the next film on the company’s production docket, which arrived on May 25, 1977, changed the shape of popular culture. Thusly, the first Star Wars George Lucas/Stormtrooper figure to have manifested, a 2006 mail-away from the 3 ¾” scale Saga Collection, depicted a younger, black-haired, era-appropriate version of Lucas. However, the new figure’s depiction is nevertheless unmistakable.

As mentioned, the new Black Series release stands as the fourth George Lucas action figure overall. While that might seem excessive to those uninitiated with the figure collectors’ world, it is actually quite a low number, considering the surreally diverse myriad figures released since the never-interrupted 1995 modern era relaunch, and happens to be the first one in 6” scale. The first rendition arrived in 2002, exclusively offered at Celebration II, with Rebel pilot “Jorg Sacul,” an obvious anagram of George Lucas, whose true face can be revealed by removing the helmet—at least, for those bold enough to remove the figure from its packaging.

After that was the aforementioned 2006 mail-away Lucas/Stormtrooper figure, which bore a similar title to the new Black Series release. 2006 would also yield a 4-pack online exclusive for the now-defunct StarWarsShop.com, titled “Lucas Collector’s Set.” This set adapted the onscreen cameos of the Lucas family in 2005’s Revenge of the Sith, with George as blue-skinned bureaucrat Baron Papanoida, son Jett Lucas as Jedi youngling Zett Jukasa, daughter Amanda Lucas as senator Terr Taneel, and daughter Katie Lucas as Twi’lek senator Chi Eekway.

The Star Wars: The Black Series George Lucas (in Stormtrooper Disguise) figure initially went up for preorder on Amazon this morning, where it sold out shockingly quick. However, other online toy retailers have started to take preorders. So, if you’re fine with the raised average price of $26.49 (compared to, for example, Walmart’s Black Series price of $17.88), then you’ll likely have a fair chance to purchase the demonstrably-highly-sought figure one way or another.