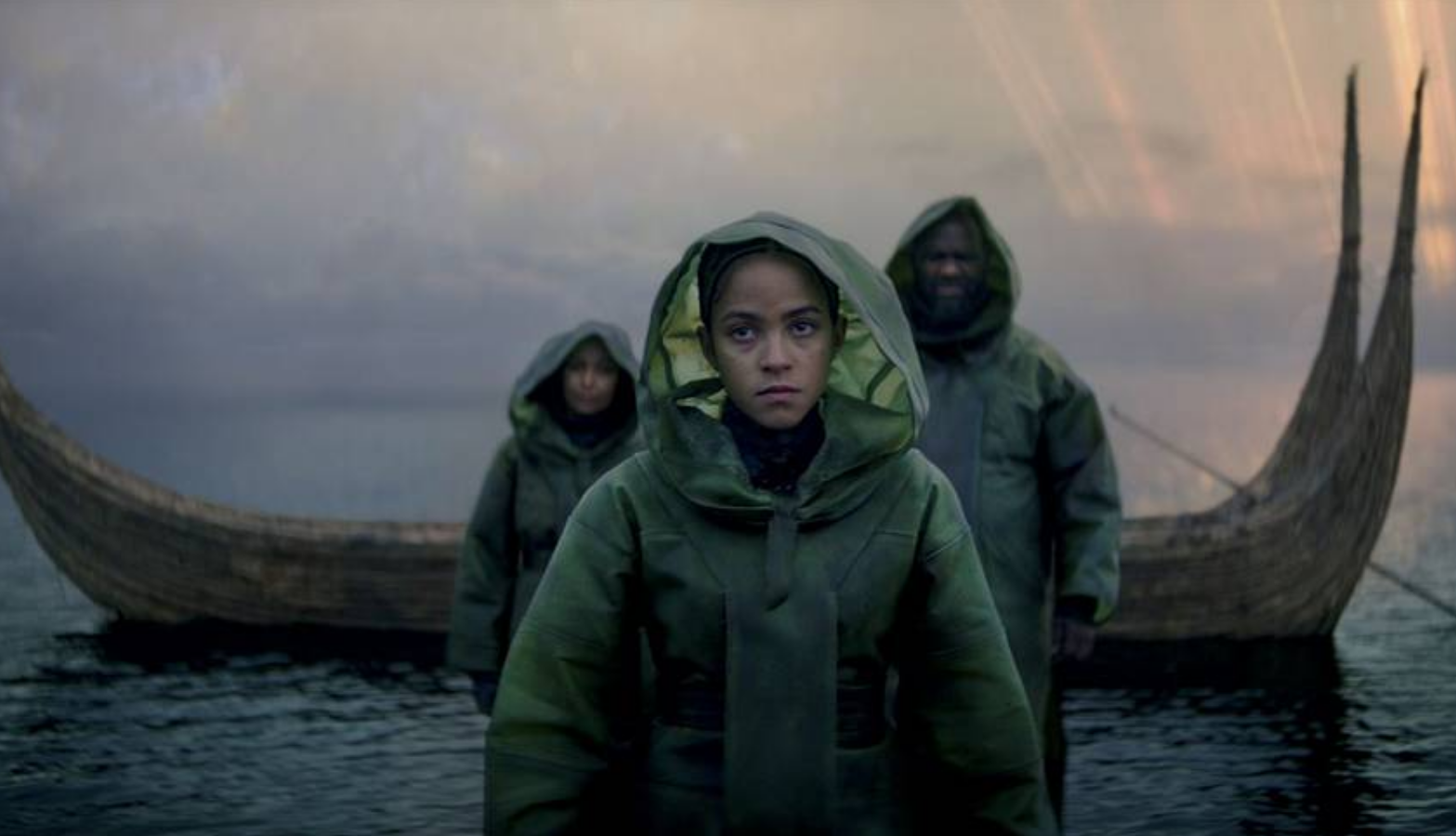 This article contains spoilers for the Foundation book series.

Right at the beginning of episode 1 of the Apple TV+ adaptation of Isaac Asimov’s sci-fi classic Foundation, an opening voiceover from mathematician and Hari Seldon protégé Gaal Dornick (Lou Llobell) mentions several characters and places that will appear in the story that’s about to be told. One of them, mentioned almost matter-of-factly by Dornick, is a name Foundation fans are sure to know: The Mule.

The Mule first shows up in the second book in Asimov’s cycle, Foundation and Empire. A mutant with immensely powerful telepathic powers, he emerges seemingly out of nowhere and is a random element that Hari Seldon (played by Jared Harris on the show) could not foresee in his plan to guide the galaxy through a dark age after the fall of the Empire. Seldon’s plan is based on the actions of entire populations and is not designed to recognize the impact of a single person — especially an aberration.

An enigmatic figure who is rarely glimpsed in person and whose identity and origins are elusive, the Mule uses his abilities to influence the minds of others and bring massive swaths of humanity under his control. In the book, it takes him just five years to defeat the Foundation and conquer what’s left of the Empire, establishing his own domain known as the Union of Worlds. But the Mule also is obsessed with finding the Second Foundation, which he fears could defeat him.

The Mule and his journey are a major aspect of both Foundation and Empire and the third book, Second Foundation, with the repercussions of his ascent also felt in later books like Foundation’s Edge. With an eight-season arc planned for the TV series — should this first batch of episodes prove successful, of course — creator and showrunner David S. Goyer told us that the arrival of the Mule is inevitable as the series delves into the rest of the books.

“Fans of the books can see, even in the first season, we pulled some characters from the prequels into the present, and we mixed and matched them,” explains Goyer. “But in success, hopefully, yes, we will get to those [books].”

He continues, “It’s funny, in previous attempts to adapt Foundation, everyone said, ‘This is for the diehard fans, so you’re going to use The Mule.’ But the first thing I said to Apple was, ‘We need to earn The Mule.’ So in the same way that Asimov did, the Mule’s not showing up in the first season. We’ll get there, hopefully, but when the Mule shows up, we will have earned the Mule.”

So there you have it: while the Foundation TV show is admittedly a very flexible adaptation of Asimov’s first book, the production will hold off — as Asimov himself did — on introducing the Mule until a later date, which we imagine will be in season 2. In a show and saga that spans hundreds if not thousands of years, that’s not a heck of a long time to wait.

Foundation can be seen on Apple TV+, with new episodes streaming every Friday.