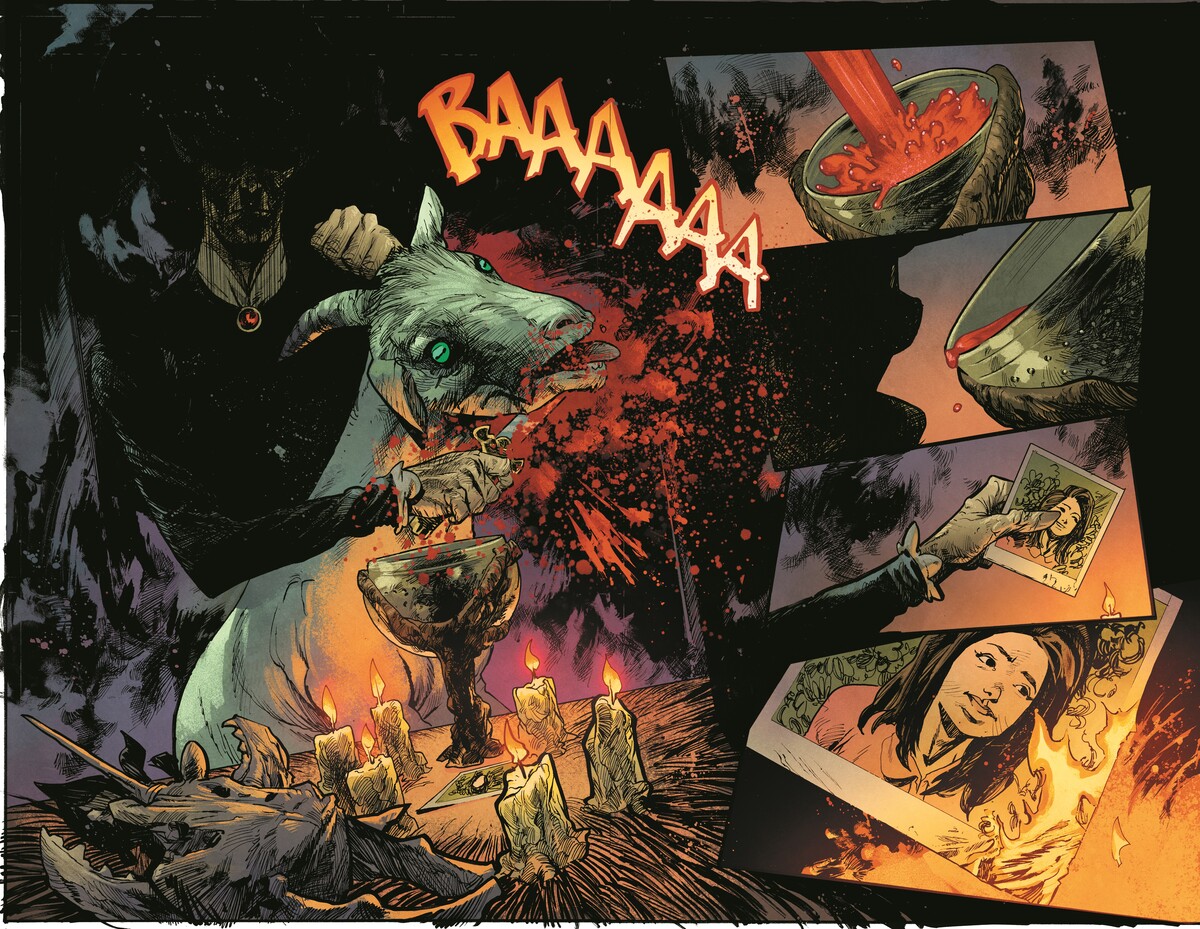 Comics are Katie Kubert’s professional medium, but it’s the other kind of medium that’s perhaps as equally relevant to her current role as editor of the new DC Horror imprint.

As a child, Kubert recalls visiting the Tower of London with her family when, after a brief visit, her mother said, “I don’t want to be here anymore.”

You see, Kubert’s mom sees dead people. And, according to her daughter, she’s really good at it. So good she must have seen something at the historic landmark that unsettled her. So good she can even read a situation over the phone, and if her mom tells her to clear out of a situation — a haunted house, for instance —she’s going to listen (well, depending on how “feisty” she’s feeling that day).

While the spiritual gift of mediumship did not pass down to Kubert, she loves the idea of haunted houses, and haunted house attractions. Basically, Katie Kubert is one of those spooky kids, the kind who loves horror flicks, true crime podcasts, and talking about all things creepy.

Before she even pursued comics as a career, Kubert thought she’d be working in special effects makeup, inspired by the work seen on screen in films like Return of the Living Dead and Dick Smith’s unforgettable work on The Exorcist.

Despite such gory early aspirations, it was in the arena of capes and superpowers where she racked up an impressive body count of hit titles across DC and Marvel — working on high profile titles like Batgirl, Harley Quinn, A-Force, and more — since beginning her comics career in 2009.

As a horror nerd and comic book pro, Kubert is the perfect person to lead DC’s scary new mission, DC Horror. The imprint launched in June with The Conjuring: The Lover, a five-part tie-in to the film The Conjuring: The Devil Made Me Do It, based on the case files of paranormal investigative duo Ed and Lorraine Warren. The imprint will follow an anthology approach, with the next being Soul Plumber, a six-issue title from the creators of The Podcast On The Left.

The one-two punch of major franchise, and creator-owned concept fits within Kubert’s mission to update the idea of what modern horror comics can be: familiar and fresh.

“When a lot of people talk about horror comics they mention [classic horror magazines] Eerie or Creepy.” she says. “I want to update people’s brains. There’s new horror stuff coming out.”

Plus, she is keeping an eye on core DC characters, and placing them in tales set outside of continuity.

“When I talk to writers to pitch me ideas, I ask, ‘What is your Aquaman story if he was in Sphere? Or what is your Teen Titans meets Scream story?’”

As Kubert talks about the imprint, one gets the sense that she’s most excited about evolving the genre within comics — an evolution reflected in her horror tastes, spanning from early classic monster movies through recent cinema like Midsommar.

“My favorite part about [horror] is seeing how it progresses through the decades,” she says. “It helps me figure out what I can make that will truly scare someone.”

And though Kubert says she likes seeing Batgirl save the day, DC Horror imprint readers shouldn’t expect happy endings. At least, that’s not the kind of ending she prefers from scary stories.

“The thing inside me that makes me like all the blood and the gore and the horror in general? There’s a part of me like, ‘Ha, ha, everybody died.’”