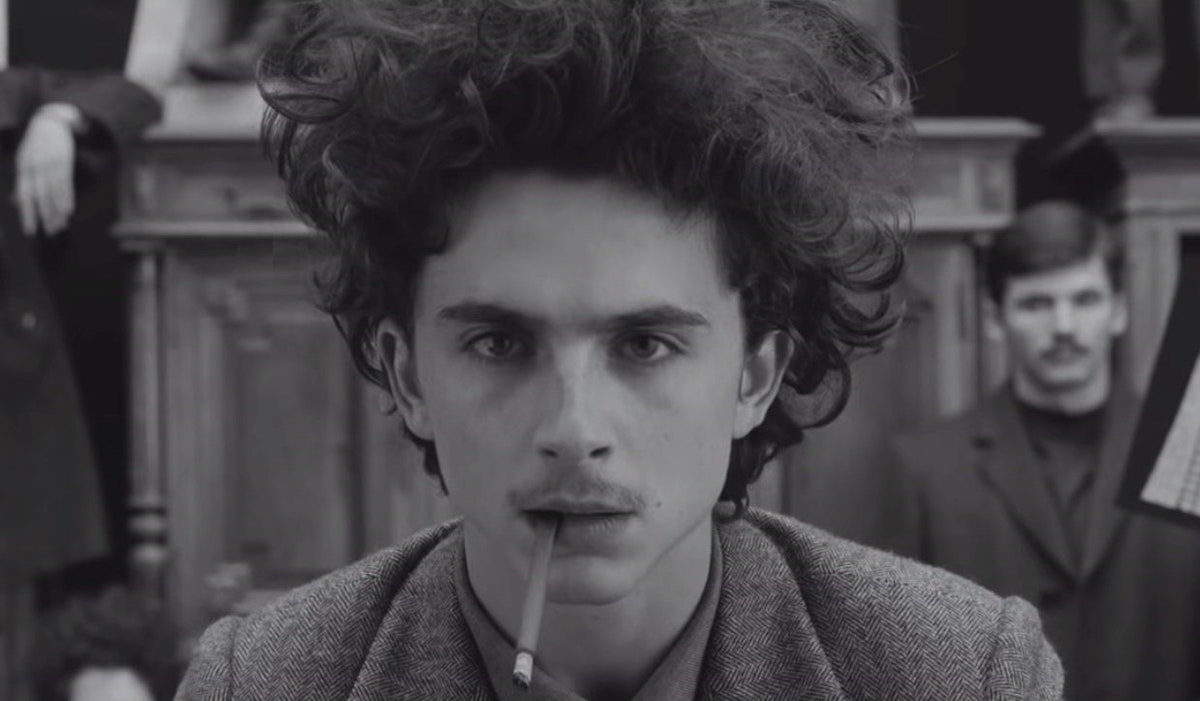 There’s a line early on in Wes Anderson’s The French Dispatch that will surely make any room full of journalists howl in amusement. Sitting at his desk, and under the typical kind of droll bewilderment we associate with Anderson heroes, Bill Murray’s editor of the film’s eponymous magazine exclaims, “She was told to turn in a few hundred words. This story is 14,000!”

Anyone who’s ever worked in a newsroom can feel seen by a throwaway line like that. Which is of course by design since Anderson’s new film exceeds being simply a love letter to the press; it’s a fawning portrait of adoration for the printed word in general, and The New Yorker in particular. Because in spite of the film’s intentionally embellished setting in Anderson’s current home of France, The French Dispatch, as both a fictional periodical and a film, is a painstaking recreation of the real wit and urbane conviviality we associate with that magazine. It’s a film filled with human interest stories, quizzical languor, and the occasional earnest epiphany. It also isn’t afraid to run long.

However, as with many an issue of The New Yorker, some of its stories will generate a naturally greater interest than others, which can be more of a bug than a feature when Anderson’s publication is also trying to build a larger, cohesive narrative through its many vignettes and storytelling cul-de-sacs.

Beyond the interstitial (and occasionally interluding) grind of daily life at the Dispatch, Anderson’s 10th film is primarily a triptych depicting the insulated world of Ennui-sur-Blasé, a fictional grand old city that’s as stereotypically French as that name implies. It was there that Arthur Howitzer Jr. (Murray) moved as a young man in the early 20th century, convincing his Kansas newspaperman father that the folks on the great plains needed monthly reports from the South of France. Quickly nurturing one of the most cosmopolitan reputations out of the Midwest, Howitzer’s The French Dispatch is a titan of prestige by the 1970s—which is when the film’s latest issue, with the articles that comprise our film’s vignettes, is going to print.

Among those stories are “The Concrete Masterpiece” by J.K.L. Berensen (Tilda Swinton), an art critic who’s turned the life story of psychopathic murderer, but brilliant artist, Moses Rosenthaler (Benicio Del Toro and Tony Revolori at different times in his life) into a bemusing treatise on the war between art and commerce. Meanwhile Frances McDormand’s Lucinda Krementz guides us through “Revisions to a Manifesto,” and her questionable reporting and support of a student uprising led by the young Zeffirelli (Timothée Chalamet) who is outraged, OUTRAGED!, that he is not allowed into his school’s female dormitories. Finally, Roebuck Wright (Jeffrey Wright) provides the strangest review to ever come out of food criticism when “The Private Dining Room of the Police Commissioner” turns into an unlikely kidnapping and hostage scenario.

Ever a visual perfectionist, Anderson imbues The French Dispatch with so many sumptuous sequences that it is probably his most decadent feast for the eyes to date. The film continues the adroit compositions and perfect symmetrical lines of his previous work, but it also attempts to surpass it. Recall The Life Aquatic scene where Anderson creates a life-sized diorama of all the rooms on Murray’s ship? I counted at least two sequences in Dispatch that did the same, including with a similarly bisected airplane. And remember the storytelling significance between the shifting aspect ratios in The Grand Budapest Hotel? Every “story” in The French Dispatch plays even more ambitiously with that trick while also throwing in punctuation marks of color or animation in its otherwise largely black and white, 4:3 presentation.

The French Dispatch truly does appear to be Anderson’s most richly composed film in the sense that nearly every frame is so densely populated with details and subtle visual quips that only when folks have the ability to pause the film will half of them become discernible. For Anderson’s longtime fans, it’s luxuriant—to the point of hedonism.

However, the way it feeds its essentially anthological storytelling structure proves much more cluttered.

The film’s wrap-around narrative about the Dispatch itself is Anderson at his most whimsical and familiar; it is therefore unlike most anthology films in that I suspect the film’s bookends will be most viewers’ favorite bits. But other than one other brief amuse-bouche of an “essay”—the Owen Wilson-led short, “The Bicyclist,” which is essentially a table-setter—the dry whimsy usually associated with the filmmaker is mostly supplanted by a more wistful melancholy befitting Ennui’s name.

That marriage between light and dark, and absurd and dreary, works best in “The Concrete Prison” when Del Toro’s self-loathing modern art painter and his obsession over his muse/prison guard Simone (Léa Seydoux) is sardonically juxtaposed with the lustful capitalism of Julian Cadazio (Adrien Brody), who is the businessman who makes Moses an internationally sought after artist. The pure cynicism in the tale, and the way Cadazio plainly demands “a double standard” be applied to a great artist who may have “accidentally” decapitated a bartender, is only complemented by the vignette’s flashes of color and anamorphic framing whenever Moses’ art is viewed onscreen. Beauty drowning out rapacity.

It’s a concept strong enough that it could’ve easily been a feature-length Anderson film. And yet, by contrast, “Revisions of a Manifesto,” barely has enough gas to sustain its less than 30 minutes of floorspace. That article’s similar experiments with color and form, and even French New Wave influences, feel more arbitrary than inspired, with the resolution ultimately reading as glib. In this way, the whole film suffers from being Anderson’s most detached and remote work to date. To be sure, it is as personal a tale as any for the filmmaker, with it not being hard to imagine the Texan-born child of the ‘70s growing up in his own American heartland backyard and dreaming of cosmopolitan living through episodic narratives arriving each week in the latest issue of The New Yorker.

But perhaps for that reason, the only characters with any genuine sympathy and emotional resonance are a few of the journalists, particularly Murray’s editor and Wright’s final essayist, who’s off-the-record conversations with the boss give the movie some fledgling pathos. There are overarching themes, of course, about the sanctity of art and narcissism of youth, but in a slighter work it becomes fairly muddled.

But even as a minor experience in the director’s oeuvre, The French Dispatch is still a worthwhile one: a treat to discover in the mailbox for those already subscribing to Anderson’s catalogue (myself included). It’s just for this issue, the illustrations buoy articles that you might’ve otherwise skimmed.

The French Dispatch premieres at the New York Film Festival on Oct. 2. It opens in the U.S. and UK on Oct. 22.