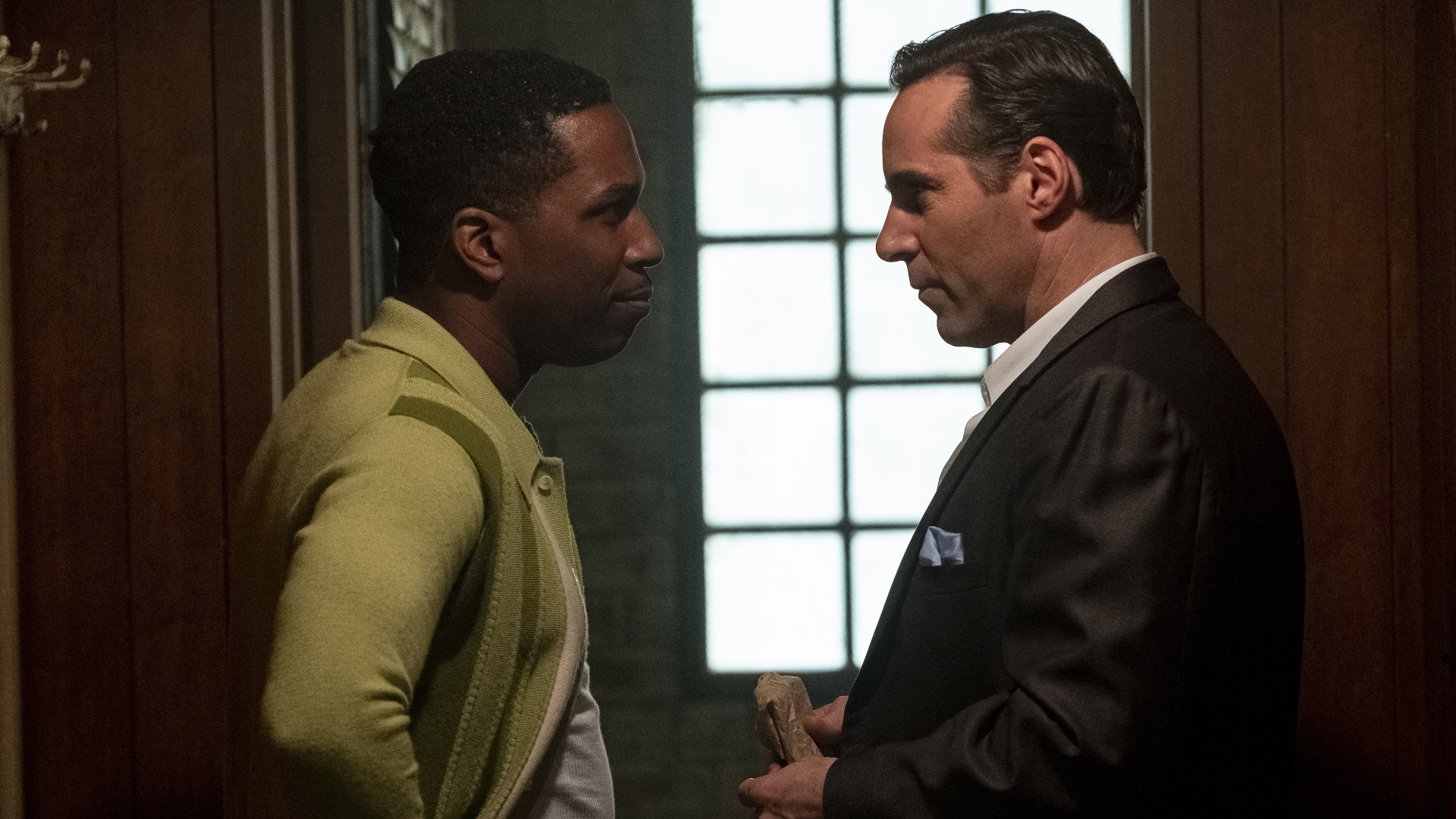 This article contains spoilers for The Many Saints of Newark.

In some of the spookiest words ever spoken on The Sopranos, the usually genial and optimistic Bobby “Bacala” Baccalieri Jr. wonders aloud what being killed would be like.

“You probably don’t even hear it when it happens, right?” Bobby asks his boss Tony Soprano as they glide down a lazy river in a dinghy.

Well, depending on your interpretation of The Sopranos’ final moments, Bobby was right. You don’t even hear it when it happens. In fact, you don’t see, smell, feel, or taste it.

It’s unclear whether Dickie heard the bullet from a silenced gun that killed him but we, the audience, sure do. And though that gunshot ends his story, it’s just the beginning of so many others. Let’s explore how with an explanation of The Many Saints of Newark’s ending.

There is no shortage of reasons why someone would want to kill Christopher Moltisanti’s (Michael Imperioli) father Dickie. This is a man who killed his own father, took his father’s wife as his comare, and then went ahead and killed her too for good measure. Not only that, but by the time The Many Saints of Newark’s ending rolls around in the early ‘70s, the DiMeo crew is on the verge of a full-fledged war with the Black gangsters of Newark, led by Harold McBrayer (Leslie Odom Jr.).

Naturally, the viewer immediately assumes it’s Harold’s guys who take Dickie out as he opens up the trunk of his car. Just a few scenes later, however, the real identity of the man who ordered the hit on Dickie is revealed. Dickie’s killer is none other than Corrado Soprano Jr. (Corey Stoll) a.k.a. Uncle Junior. Junior’s reasons for killing Dickie are extremely petty, which is fitting for a story that’s always been about gangsters’ unpredictable inner turmoil.

For starters, Junior doesn’t like how his brother Johnny Boy (Jon Bernthal) nor his nephew Anthony (Michael Gandolfini) deifies Dickie. Then there’s the time that Junior injured himself slipping on some wet stairs and Dickie laughed at him rather than helping. Truth be told, that one incident is probably around 90% of the reason that Junior went after Dickie. Thanks to the events of The Sopranos, we know that Junior isn’t hesitant to order a hit on a family member (as he does with Tony in season 1), and that he’s also very sensitive when it comes to his sexuality. Not being able to adequately perform his manly bedroom duties thanks to his injury must have stung him as much it being revealed he performs cunnilingus on his comare did.

What’s particularly interesting is that this reveal now severely recontextualizes a previous event from The Sopranos. In the season 4 premiere “For All Debts Public and Private”, Tony tells Christopher that they’ve identified the man who killed his father. The man’s name was Barry Haydu and he supposedly did the hit at the behest of Jilly Ruffalo. When Christopher goes to kill Barry, he is adamant that he had nothing to do with Dickie’s death and in fact has never even heard the names Dickie Moltisanti or Jilly Ruffalo.

Christopher responds that it doesn’t matter because Tony wants him dead anyway. Now it seems a lot more likely that Christopher killed the wrong man.

What’s Next for Tony Soprano?

Though The Many Saints of Newark is very much Dickie Moltisanti’s story, the saga of a young Tony Soprano truly does loom large in the proceedings. The adult Tony always told his young ward Christopher that he admired his father. We see here that that was very much the case. Tony both loves and is fascinated by Dickie Moltisanti – maybe more than his own father.

At first, Dickie enjoys this attention but after two familial murders and his imprisoned Uncle Sally telling him to leave the kid alone, Dickie tries to remove himself from Tony’s life. Ironically, the very night he’s killed, Dickie promises to meet Tony the following morning at Holsten’s diner to discuss his future. Was Dickie going to urge him to stay in school or to embrace his talents as a criminal and join the “family?” It looks like we’ll never find out and Tony has potentially his second most traumatic meal at Holsten’s.

After Dickie is killed, Tony is clearly shaken to his core. He peers over the open casket to see his hero and then clasps the dead man’s hand arranging their fingers into a pinky promise. Pinky promises are a big part of Tony and Dickie’s relationship. It’s clear that Tony views that vow as unbreakable. What exactly is Tony vowing to do here though? Given that we know exactly what path Tony takes from here on out – the path of the sword – it’s clear that he’s promising some sort of vengeance for his uncle.

Ironically, Tony will never get that vengeance as Uncle Junior is still alive (albeit barely) at the conclusion of The Sopranos. The moment does catapult young Tony into a life from which there is no return.

Will There Be a Many Saints of Newark Sequel?

Surprisingly, the answer to this question might actually be yes! We say “surprisingly” because Sopranos creator David Chase was fairly adamant for years that the show didn’t need any kind of followup or prequel. But now that one actually snuck through in the form of The Many Saints of Newark, both Chase and the film’s director Alan Taylor seem up for more.

“Well, it’s funny, I don’t think David will ever make anything where it doesn’t end with, ‘Okay, what happens or what just happened?’ David Chase will always leave things open-ended,” Taylor told Den of Geek. “So, I think the door will never close. It was funny making this. I thought it was going to be a one-shot thing, but David seems to be thinking about possible sequels. And I do think there’s a ‘Tony Soprano, the young gangster’ movie to be made, that we haven’t made yet because, in ours, we didn’t get there.”

Not only does Chase seem up for sequels, but there is some actual paperwork in play that could lead to them. The same day that The Many Saints of Newark premiered, HBO announced that they had signed the Sopranos creator to an overall deal which could open the door for more Sopranos projects. Paulie Walnuts actor Billy Magnussen also told Den of Geek that he was already under contract for any upcoming sequels as well.

If Chase were to pursue more Sopranos storytelling, it would likely come in the form of a sequel to The Many Saints of Newark and not a sequel to the main series. Given Michael Gandolfini’s reasonable approximation of his father’s performance, it would seem that more tales of a young Tony could be in order.