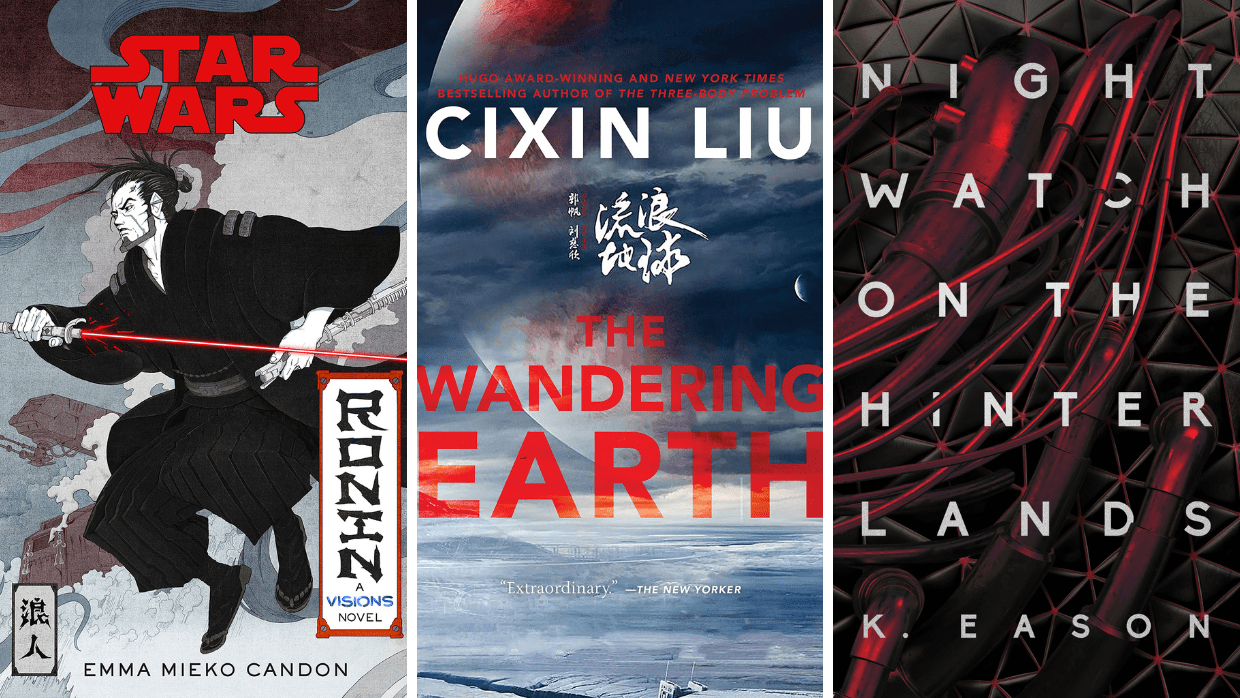 Go beyond the blockbusters to today’s smartest, most exciting science fiction novels and novellas. Here are our top picks for October 2021:

Den of Geek says: Candon’s debut novel brings Star Wars into a new dimension with an expansion on the short anime episode “The Duel” in Star Wars: Visions. Taking place as if one step aside from the universe we know and love, it’s an inventive and thoughtful story that also never forgets the initial concept: that a samurai Sith is very cool.

Publisher’s summary: The Jedi are the most loyal servants of the Empire.

Two decades ago, Jedi clans clashed in service to feuding lords. Sickened by this endless cycle, a sect of Jedi rebelled, seeking to control their own destiny and claim power in service of no master. They called themselves Sith.

The Sith rebellion failed, succumbing to infighting and betrayal, and the once rival lords unified to create an Empire . . . but even an Empire at peace is not free from violence.

Far on the edge of the Outer Rim, one former Sith wanders, accompanied only by a faithful droid and the ghost of a less civilized age. He carries a lightsaber, but claims lineage to no Jedi clan, and pledges allegiance to no lord. Little is known about him, including his name, for he never speaks of his past, nor his regrets. His history is as guarded as the red blade of destruction he carries sheathed at his side.

As the galaxy’s perpetual cycle of violence continues to interrupt his self-imposed exile, and he is forced to duel an enigmatic bandit claiming the title of Sith, it becomes clear that no amount of wandering will ever let him outpace the specters of his former life.

The Wandering Earth by Cixin Liu

Publisher’s summary: These ten stories, including five Chinese Galaxy Award-winners, are a blazingly original ode to planet Earth, its pasts, and its futures. Liu’s fiction takes the reader to the edge of the universe and the end of time, to meet stranger fates than we could have ever imagined.

With a melancholic and keen understanding of human nature, Liu’s stories show humanity’s attempts to reason, navigate, and above all, survive in a desolate cosmos.

Nightwatch on the Hinterlands by K. Eason

Den of Geek says: Described as a mixture of military sci-fi and mystery, this installment in an ongoing character-focused series looks like it will also be a good jumping-on point or standalone.

Publisher’s summary: THE TEMPLAR: When Lieutenant Iari hears screams in the night, she expects to interrupt a robbery or break up a fight. Instead she discovers a murder with an impossible suspect: a riev, one of the battle-mecha decommissioned after the end of the last conflict, repurposed for manual labor. Riev don’t kill people. And yet, clearly, one has. Iari sets out to find it.

THE SPY: Officially, Gaer is an ambassador from the vakari. Unofficially, he’s also a spy, sending information back to his government, unfiltered by diplomatic channels. Unlike Iari, Gaer isn’t so sure the riev’s behavior is just a malfunction, since the riev were created using an unstable mixture of alchemy and arithmancy.

As Gaer and Iari search for the truth, they discover that the murderous riev is just a weapon in the hands of a wielder with wider ambitions than homicide–including releasing horrors not seen since the war, that make a rampaging riev seem insignificant…

Buy Nightwatch on the Hinterlands by K. Eason.