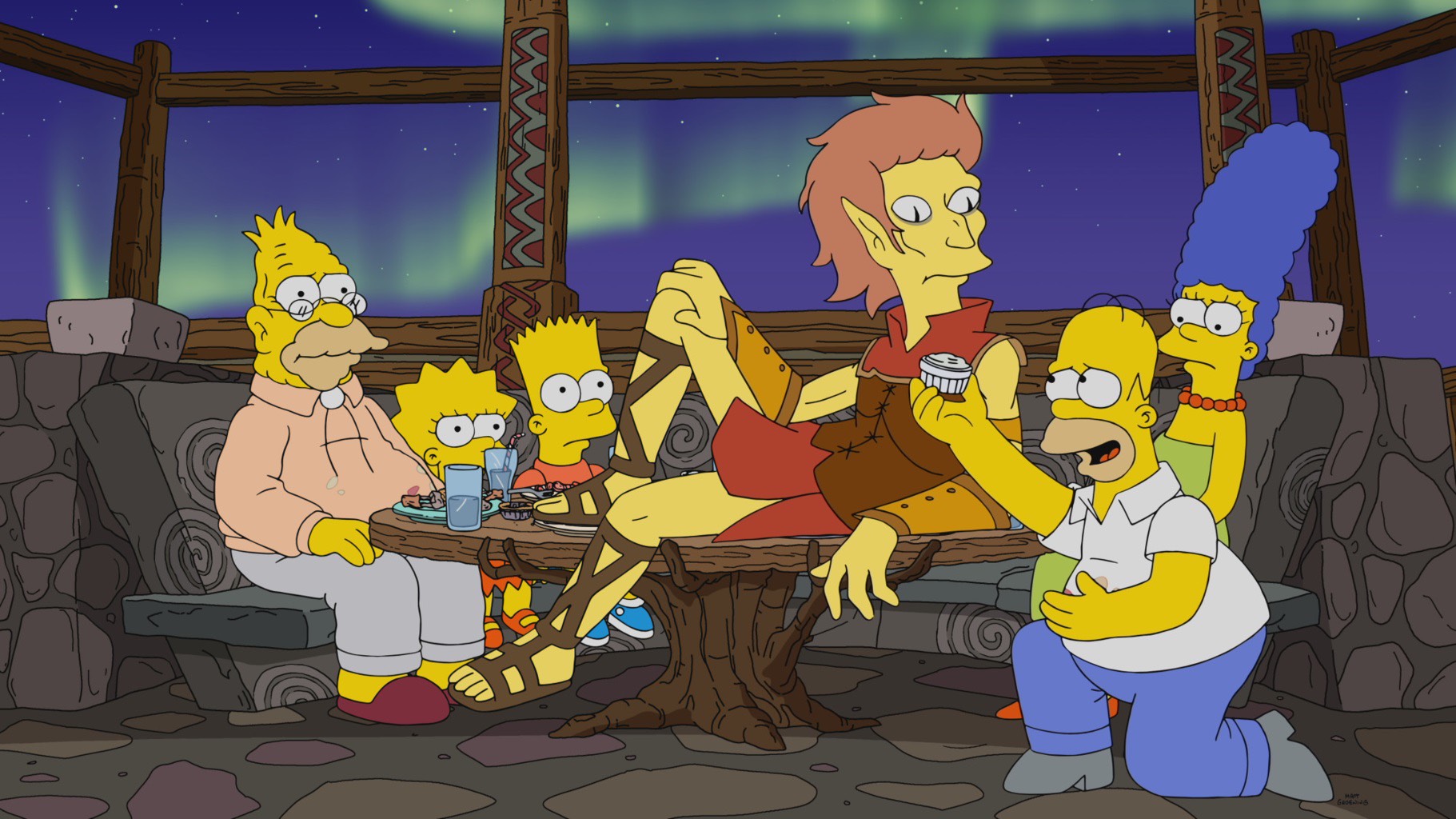 Wow, how The Simpsons have fallen. It seems like only season 8’s “Lisa’s Date with Density” since Homer practically invented robocall scams, and now that Grandpa gets the episodic titular call “Bart’s in Jail!” they want us to feel bad about it. The Simpsons family is partially to blame, and they don’t get off so easily. The last time they pulled something like this, Homer had to call everyone he harmed, personally, and apologize. He did it with his AT-5000 Auto-dialer, Professor Frink’s first patent.

It seems like the family on Evergreen Terrace has finally joined the rest of Springfield, to the woe of viewers. We like the moral ambiguity The Simpsons has always projected. Yes, they can be preachy, Ned Flanders and Reverend Lovejoy aren’t even the worst offenders. The most Simpsons aspect of the episode is that no one gets punished in a world where everyone is a criminal. We live in a gig economy, not like in Grandpa’s day, when he railed against communistic ideas like Social Security.

The episode is tailor made for Grandpa, because he is the specific target for the many scams under the magnifying glass. But it’s a little bit too late. Abe should have been scammed a long time ago when had less wits about him, and was thrilled to be given the “icky.” Is it my imagination, or is Abe Simpson much more on the ball now than in the earliest seasons? This episode is about him being a senile old man who gets hornswoggled in an elderly fraud. But, the voice he falls for sounds enough like Bart where we don’t question his memory, and he is perfectly capable of following directions.

Grandpa is reading “What to Expect When You’re Expiring,” when the scammers call. People his age were taught not to question authority, and yeah, it does make sense Bart would be busted for shoplifting, and the way the thin blue lines are being drawn today, a handcuff tax is not implausible. They don’t go far enough. Abe used to write presidents, tell dogs and cats what to do, and cajole strangers to sacrifice members of his own family to his gods. He’s not so feeble minded in this episode about being slow on the uptake, and not as funny. Though I do like Abe’s recollection about getting blind drunk and stumbling into hobo camps to fight their kings.

The Simpsons is supposed to be an equal opportunity offender, and I miss when it pissed off both sides of every in-fight. The series was a beacon for calls of bad taste from higher authorities, and now they’re saying drug mules in Colombia like it’s a bad thing. Here, Homer has to bear the weight of the bad guy. The one who blame shames, and names names, from Ticketmaster to the NCAA, blackout dates at Disney, and only skips those weight loss spam blasts from Shark Tank. Even Mr. Burns gets scammed into paying his utility bills, and his plant is what makes it all utilitarian. “I am the power company,” he realizes, all too late.

But upon losing an inheritance he didn’t even know was coming, it is Homer’s sole duty to be the villain. He curses his own father, saying “I’m so mad I could kill you, but then I’d get nothing so I hope you live forever.” Harsh words, indeed, possibly the best line of the night, and if it led the tone of the episode, “Bart’s In Jail!” would work better. The comic weight is too unevenly distributed, and the moral weight is too much to bear. At least Homer gets to pray to the Lord of Appetizers, asking who he should smother with ranch.

Homer is being so selfish he gives himself “whipcash,” which gives him an excuse to wear a neck brace. At the school meeting, Homer defends generational wealth, and tells the room he lost money because Abe has “powdered mashed potatoes” for brains. This pits him directly against the ideas of healing and self-empowerment, so of course he’s going to be harshly judged. Even Bart is on Grandpa’s side. He’s the bite of schoolyard bait and switch routines first hand as well. Bart pays his wedgy insurance regularly, but every time one is administered the rates go up.

Directed by Steven Dean Moore, and written by Nick Dahan, “Bart’s in Jail!” feels like an allegory but is too specific. It is a timely issue, one which impacts quite a lot of people, and isn’t constrained to online or phone scams, steak knives or waxy yellow buildup. But the episode is too sanitized for effective satire. Moe’s reading of the closing is the high point of the episode. The overriding idea that everything is a scam, and even Grandpa thinks his family are suckers for believing him when he tries to restore Marge’s faith, is vaguely subversive, but too judgmental. The Simpsons is getting too soft. Too many edges have been ground of all incisiveness. Nothing cuts. It’s all too round and even.