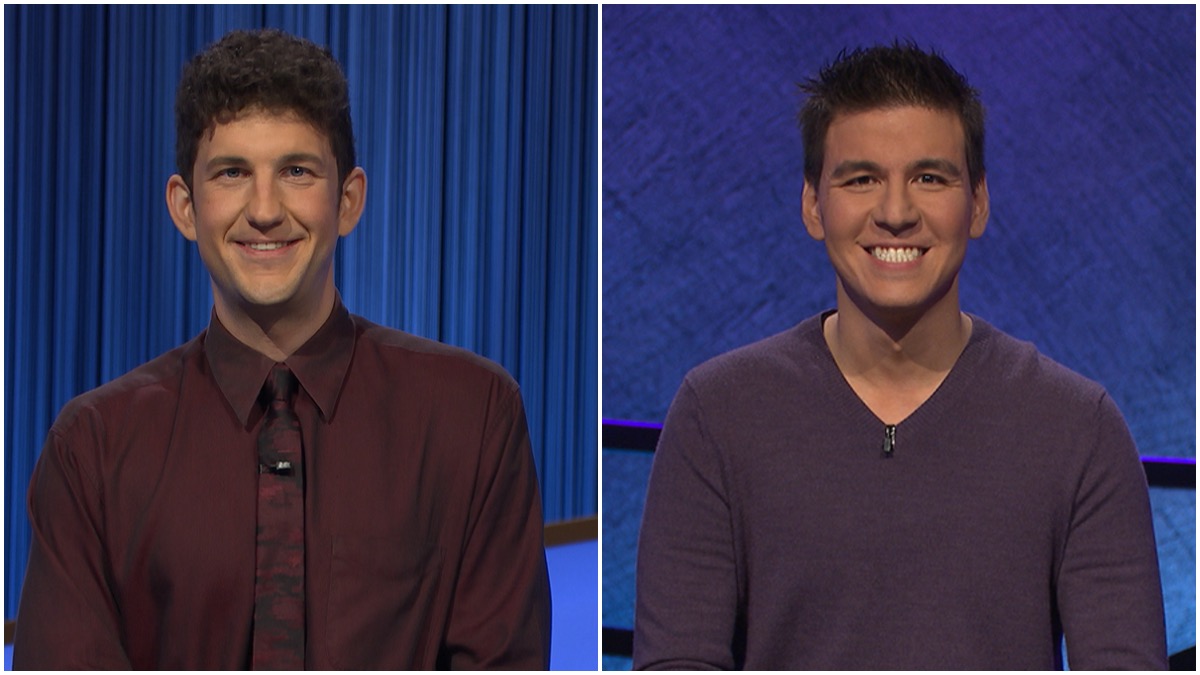 Amodio’s streak has been both incredibly impressive and a genuinely important bit of stability for the venerated quiz show undergoing a hosting crisis. In fact, when Amodio made his first TV appearance since the streak began on Monday morning’s episode of Good Morning America, two former Jeopardy! guest hosts were among his interviewers: Robin Roberts and George Stephanopolous. It was actually under Roberts that Amodio’s streak began, on an unassuming Wednesday episode.

“I thought there was no chance I’d be on Jeopardy! longer than you,” Amodio told Roberts during their interview.

But Amodio did outlast Roberts … and then LeVar Burton, David Faber, and Joe Buck. He even outlasted Mike Richards’ very brief tenure as “permanent” host. He is now continuing his reign of terror under Mayim Bialik’s second hosting stint and if he keeps this up, he will have a chance to break Jennings’ record when Jennings actually serves as guest host beginning November 5.

Still, for as remarkable as Amodio’s run has been, it’s also revealed just how rare the performance was of the competitor he just passed: James Holzhauer.  To be clear, we have no intention of minimizing Amodio’s achievements. Matt is a fan favorite in the Bojalad household due to his idiosyncratic playing style and his Northeast Ohio roots. Having said that, it must be gently pointed out that, in many ways, it still pales in comparison to Holzhauer’s time on the show. Allow me to explain.

Now that Amodio has passed Holzhauer in consecutive games won, he must be pretty close to passing him in most money won, right?

Nope. Not even close.

How did Holzhauer build up such a formidable warchest in such a relatively limited amount of time? By using his professional gambling skills. Holzhauer was notable for seeking out Daily Doubles and then going “all-in” on them, even if it risked ending his win streak altogether. To say the strategy was successful is to put it lightly. Every spot in Jeopardy!’s top 10 highest single episode winnings is taken up by a different Holzhauer game.

Holzhauer rightfully realized that betting the max was the right move for a talented player. Worried about missing those Daily Doubles? Well, the answer to that is to just not miss them. It was a risky strategy to be sure, but it never failed, not even at the end. When Holzhauer’s streak was finally broken, going all in would not have saved him. Challenger Emma Boettcher had enough of a lead that her $20,201 wager would take her one dollar ahead of Holzhauer in Final Jeopardy!

Since Holzhauer, the way that Jeopardy! contestants play the game has fundamentally changed. “Daily Double” hunting was always a viable strategy but its use has increased post-Holzhauer. In fact, the Jeopardy! GOAT Tournament featuring Jennings, Holzhauer, and all-time money winner Brad Rutter saw all three contestants using Holzhauer’s all-in tactics.

Now Amodio is the first Jeopardy! contestant in a post-Holzhauer landscape who has a chance to take down King Jennings and it’s been fascinating to watch him try to incorporate some of Holzhauer’s strategies. Amodio only began placing aggressive bets for Final Jeopardy! roughly halfway through his streak when it became apparent that he was competing against himself more than the other challengers. As such, Amodio’s current winnings total puts him on pace to win much more money than Jennings should he reach his record of 72 consecutive games. And yet, he still has a long way to go to even get to second place in earnings behind Holzhauer.

Jeopardy! has been around for a long time and God (or Mayim Bialik)-willing it will continue to be. We will likely see more Ken Jennings-esque runs of consecutive wins. Seeing the pure in-game dominance of Holzhauer, however? That’s another thing entirely.