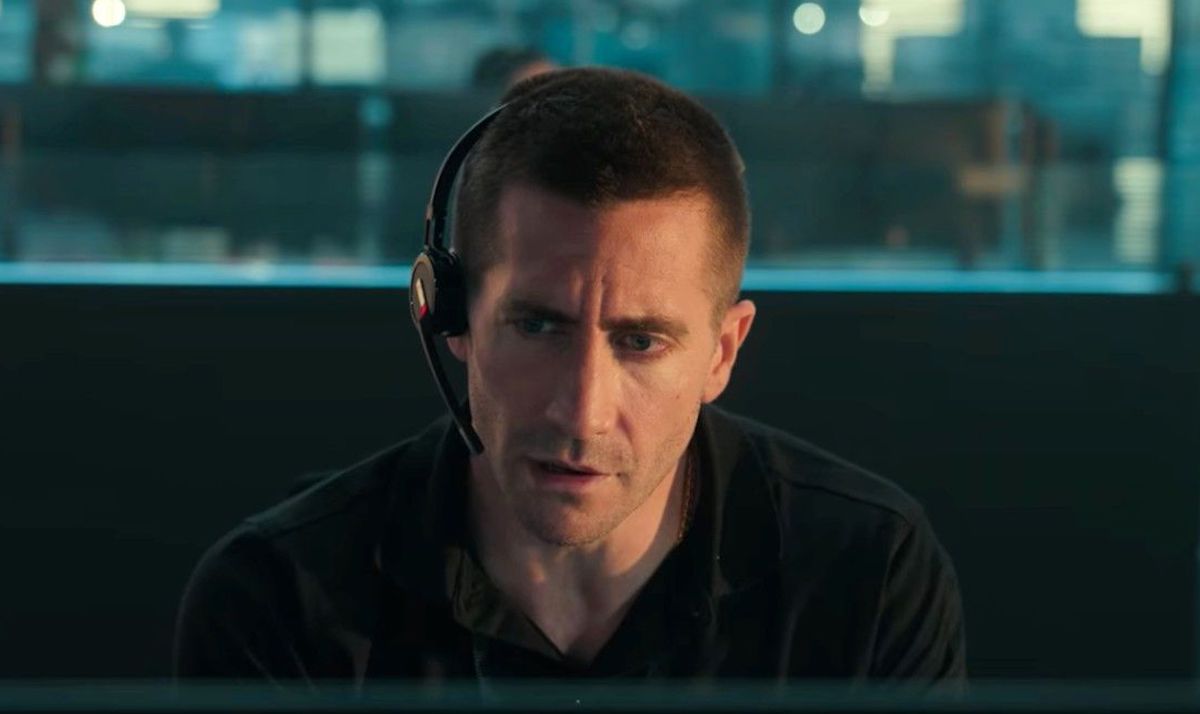 This article contains major spoilers for The Guilty. You can read our spoiler-free review here.

In Antoine Fuqua’s new Netflix film, The Guilty, Jake Gyllenhaal stars as Joe Baylor, a police officer forced to work in a Los Angeles Emergency Call Center due to an ongoing investigation into misconduct that occurred while Baylor was on the job. The film gives us scarce details about what went down, with Joe’s ex-partner Rick and his former sergeant alluding to a court date, as well as a reporter from the Los Angeles Times repeatedly calling Joe for comment, but no one spells out exactly what Joe did to get the punishment of working the phones.

It’s only in The Guilty’s final moments that we get some clarity on the situation, though the details are still kept vague. After Joe’s persistence pays off and he discovers that his mystery caller Emily is not the victim of a kidnapping, but a mentally unstable woman who physically harmed her infant son, he desperately tries to convince Emily not to hurt herself. To try to relate to the feelings that Emily is having, he reveals his own history of violence. Joe reveals that he shot a 19-year-old man while on duty.

“I wanted to punish him because I was angry. He hurt someone,” Joe tells Emily.

Joe ends the film by calling back the reporter and we learn that Joe pleads guilty to manslaughter, despite other conversations indicating that he would fight to be acquitted at his trial. Looking at how Joe is presented in the film, it’s not a stretch to imagine this character making such a ghastly and bad decision, and then trying to justify it to himself. We see how Joe reacts to stressful situations: He’s demanding and impulsive, and he yells and snaps at colleagues that are just trying to assist him.

Another aspect that seems damning is the way that Joe judges the film’s early 911 callers, as if they are not worthy of help since they figuratively made their beds themselves. Adding to that, he doesn’t hesitate to break the law by having Rick break into Emily’s ex-husband’s apartment if it means he can solve a case. We can also see that he’s hyper-motivated to do good things, likely as a product of his current predicament, but it’s easy to speculate that Joe was appalled by some violent behavior which he believed this 19-year-old committed (whether he did or not), and then lashed out to an extreme to correct the situation.

Could Joe have performed a real-life execution in a moment of self-righteous fury, even about a 19-year-old kid? It seems painfully likely.

The Guilty raises the question of whether it is trying to defend or explain away police brutality by putting a sympathetic face to the inhumane behavior. Gyllenhaal see’s Baylor’s actions as how an officer would ideally accept responsibility if their poor judgement resulted in the loss of a life.

In an interview with Deadline, Gyllenhaal describes the end of the movie as ““fantasy, what we hope and what we wish for.”

He added, “What is not happening is because of a broken system. When [director Antoine Fuqua] and I first spoke about the movie, it was about mental health and about systemic issues that he felt were important. We both love a hugely entertaining movie on the surface, but we need anchors, and we need things to connect to. This movie offered it to both of us.”

While the actor would clarify that the prominent recent examples of police brutality, such as the murder of George Floyd, created “a different sort of conversation” in the film, he added “frankly, it was a conversation that I felt to be extraordinarily important. I thought, ‘[Can we] still make this movie, given the environment, the sociopolitical issues that were going on? It became even more important for me to want to try and make it.’”

While at the end of the film it’s clear that the title is meant to reflect Joe Baylor, the film still walks a strange line between condemning Joe and celebrating his ability to know that he was wrong in his actions. It feels more than a bit uncomfortable trying to sympathize with a killer cop. It will be interesting to see how audiences respond to the film as it continues to attract new viewers on Netflix.

The Last of Us: Who Is Kathleen In the Games?
The Best Super Bowl Commercials Featuring TV Shows
Forspoken Is That Frustrating Piece of Entertainment That Gets Good “Eventually”
FLASH FACTS | Official Trailer
The Ark’s Sci-Fi Tropes Are ‘There For a Reason’