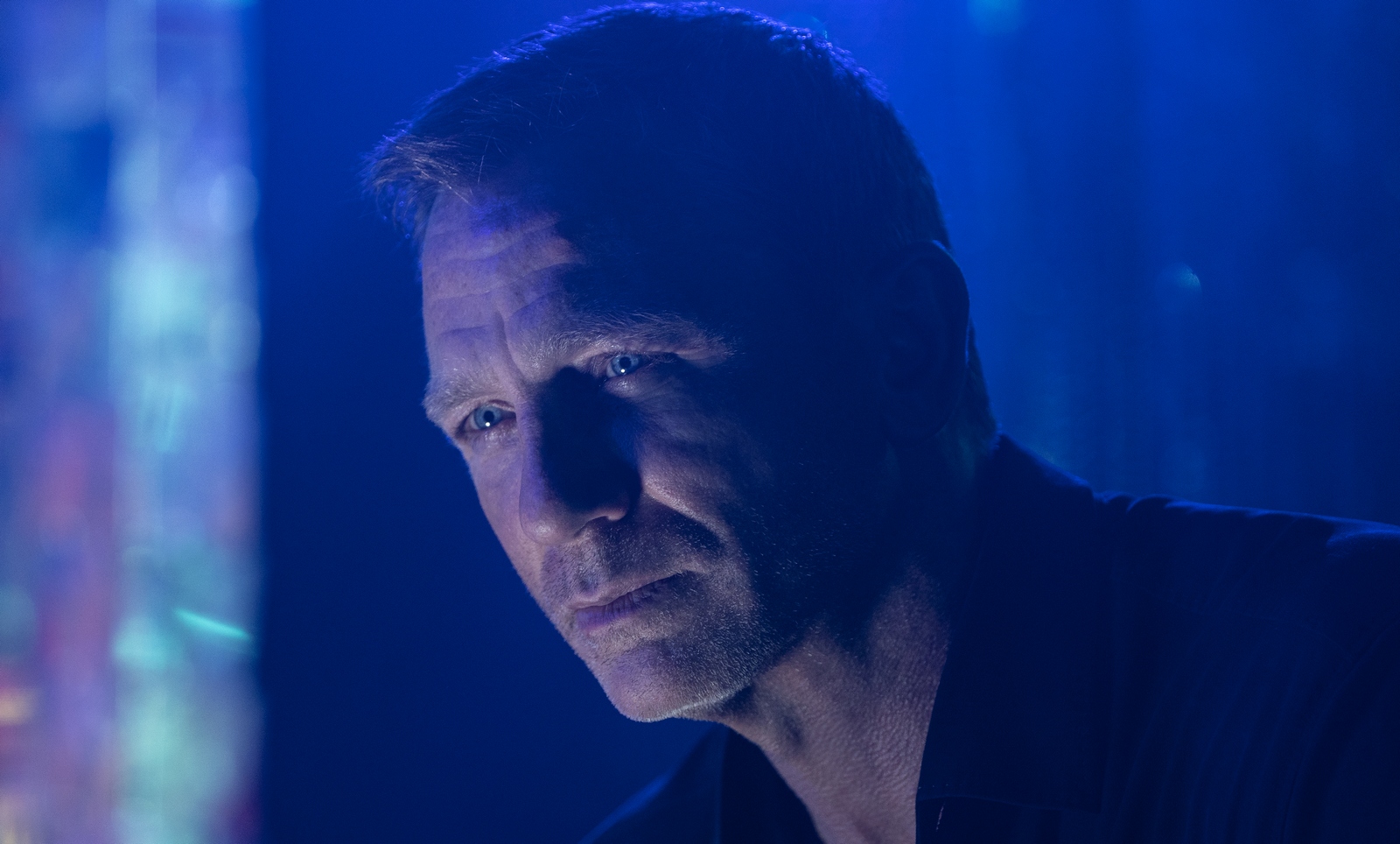 For James Bond, or Daniel Craig’s version of him anyway, it all begins and ends with Vesper Lynd. The doomed and beloved character, so memorably portrayed by Eva Green in Casino Royale (2006), only appeared in Craig’s first outing as 007. And yet, she’s lingered on as both a tragic memory from Bond’s past, and as a creative wellspring for Craig’s understanding of a character he’s revisited time and again, including in this week’s No Time to Die—his final appearance in the tuxedo.

As Daniel Craig tells Den of Geek when we sit down with him over the weekend, Bond’s ill-fated romance with Vesper, and her betrayal, has served in a way to link all five films together. That connection even ultimately gave the actor a reason to return for one more movie after it seemed like 2015’s Spectre might be his last.

“I felt like there was a story that we needed to finish off,” Craig says about why he decided to come back after initially thinking 2015’s Spectre might be his swan song. That previous 007 movie ended with Bond seeming to retire and driving off into the sunset with Léa Seydoux’s Madeleine Swann. Yet it was the connection between the two women in Bond’s life which intrigued Craig.

“Casino Royale had been his impetus—the betrayal by Vesper Lynd made him into this sort of slightly vengeful and slightly mistrustful human being,” says Craig. “We sort of got to this place in Spectre where it felt like he was falling in love with somebody at the end of the movie. And that felt like, for me at that point, where we’d end it, because we got to the sort sort of [happy ending]. But then we got to talking [about] a few of the ideas that I’d had for a long, long time. We got some more ideas, people came in, and it formed.”

What formed was No Time to Die, the 25th official Bond adventure, and the longest to date with a whopping 163-minute running time. The film serves as a direct sequel to Spectre, further exploring the relationship between Bond and Madeleine while also bringing back the SPECTRE organization. However, the film also serves as a a sequel and definitive conclusion to Craig’s entire run, including by picking at the wound of Vesper once more, which Bond seemed to have somewhat resolved in Quantum of Solace (2008). It’s why No Time to Die opens with Craig’s Bond finally visiting Vesper’s grave, at Madeleine’s insistence.

In this way, No Time to Die cements what Craig tells us was his aspiration to make one long-form story across several films, with the death of Vesper being, in a sense, the inciting incident.

“I kind of was interested in that from the beginning,” Craig explains. “We’d often have these meetings on nearly all of them where we’d go, ‘Let’s make it standalone, let’s just stick it somewhere where it doesn’t join in.’ And we couldn’t avoid it. We just couldn’t. I don’t know whether other people see it, but I couldn’t ever really get away from this traumatic thing that had happened to him on Casino.”

Craig continues that the death of Vesper in that film “never felt like it was running out of steam” as perhaps the most hugely consequential incident of Bond’s life, even when a new romantic lead was introduced in Spectre with the emergence of Madeleine Swann.

“We reintroduced it in Spectre by having Mr. White [who engineered Vesper’s betrayal and death] come in,” the actor says. “And then having Mr. White’s daughter be the woman that he fell in love with just felt so correct in some way—to find an assassin’s daughter, someone as fucked up and as complicated as he was.” Nevertheless, Craig insists that the creative team “definitely tried” to make some of the films stand on their own: “There are scripts that that we played around with, but we could never… it always ended up creeping in.”

As for whether the franchise should go forward in the same way—telling one story across several films—as a new 007 enters the picture, Craig doesn’t think that has to be the template from now on.

“I would if they had a good story,” he says. “We had Casino Royale, we had a great source, and the guys wrote a great script. Without having that, I don’t know if you can recreate it with as much impact… if they can, if you can link them through, then yeah, definitely. But they don’t have to.”

For Craig, it was a matter of leaving a personal stamp on a character that had been embodied by five previous actors and embedded in pop culture for more than 40 years at the time he landed the part. “I hope this doesn’t sound arrogant, but I just didn’t know how else to do it,” Craig says. “I mean, I’m a terrible mimic. So I couldn’t do what anybody else had done. I had to kind of approach it from the only way I know how and I just wanted to dig into him a bit and dig into the heart of who he was.”

Digging into the heart of Bond—drilling down into the character and making him perhaps more complex than he’s ever been in any previous iteration—may be the defining legacy of Craig’s 15-year, five-film term as 007, and could also set the bar for whoever fills the iconic secret agent’s shoes next.

“Creatively I was just given a lot of, I suppose, free rein in the sense that I said to [Bond producers Barbara Broccoli and Michael G. Wilson] very early on, ‘If you give me a say and allow me to have input… if you give me the responsibility, I will try and repay you.’ And they did.” Craig laughs gently. “And as I’ve said before, they’ve regretted it every day since.”

Somehow we doubt that, Mr. Bond.

No Time to Die is now in theaters everywhere.