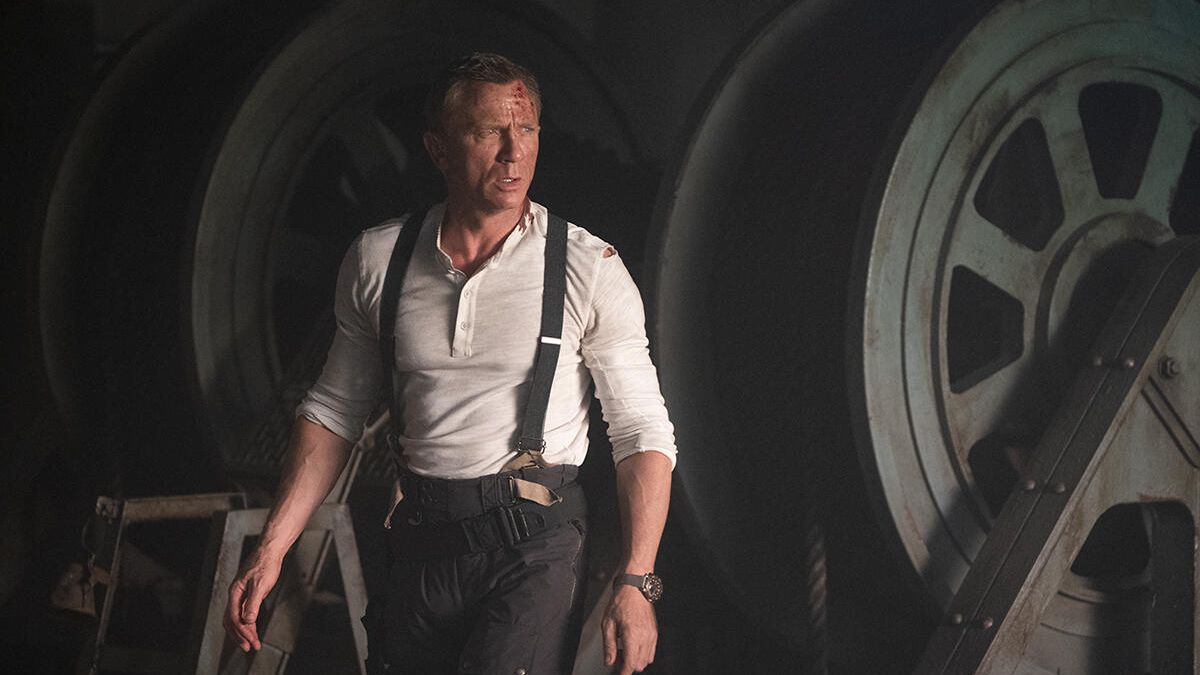 Warning: This article contains massive spoilers for No Time to Die.

No Time to Die is the 25th film in the official James Bond canon, as well as the fifth and final to star Daniel Craig as 007, with the actor debuting in the role 15 years earlier in Casino Royale. Craig’s tenure in the series has been marked by a number of controversial decisions and bold moves for the series, not least of which was the choice to have his five films connect in one overarching continuity.

That continuity seemingly comes to a close in No Time to Die, with the movie bringing back a number of characters from the past as well as tying up several loose threads from the previous four films. But No Time to Die also has a few surprises up its sleeve, as Craig, the film’s writers, director Cary Joji Fukunaga, and 007 producers Barbara Broccoli and Michael G. Wilson give this version of James Bond a send-off unlike any he’s ever had before.

Ready to dig into it? If not, here’s your last chance: there is nothing but spoilers past this point, including details about the film’s stunning climax. Proceed with caution from here.

The Story So Far

As No Time to Die races to its conclusion, Bond—now fully reinstated in MI6 after coming out of retirement—and fellow 00 agent Nomi (Lashana Lynch) are headed toward an island located between Russia and Japan. That is where the film’s villain Lyutsifer Safin (Rami Malek) has taken Bond’s love interest, Madeline Swann (Léa Seydoux) hostage. Also captured is Madeleine’s five-year-old daughter, Mathilde, who Madeleine swears isn’t Bond’s despite the fact that they were together five years earlier and she has James’ eyes.

That island is also where Safin is manufacturing massive quantities of a bioweapon known as Project Heracles, an undertaking originally sanctioned by MI6 head M (Ralph Fiennes), but now hijacked by Safin and a rogue scientist. Safin has been seeking revenge against the criminal organization SPECTRE for the murder of his parents and has used the bioweapon to wipe out most of SPECTRE’s leadership, including Ernst Stavro Blofeld (Christoph Waltz). But now Safin wants to use his poison against millions of innocent people around the world, in a bizarre plan to purify the planet.

Before he can do so, however, Bond and Nomi invade the island and take on Safin and his army. They rescue Madeleine and Mathilde, and as Nomi gets them to safety in a boat, Bond returns inside the base with a two-fold mission: kill Safin and open the base’s blast doors so that British missiles can take out the base and the entire supply of Safin’s weapon. Unfortunately, Bond is shot several times by Safin, who does something even worse: he infects Bond with a very specific dose of the bioweapon. Realizing that he cannot leave the base, Bond kills Safin, opens the doors and resigns himself to his fate. He speaks one last time via radio with Madeleine, who confesses that Mathilde is in fact Bond’s child. Moved and happy with that knowledge, Bond is blown to bits as the missiles hit the island.

What the Poison in James Bond Was

What exactly is Project Heracles? Primarily used in liquid form, it contains nanobots that infect the victim upon contact and destroy the flesh, killing the target within moments. The twist is that it can be coded to an individual’s specific DNA, which means it can harmlessly enter one person’s system without any ill effects if that person’s DNA doesn’t match. But if that person touches someone that the virus is coded for, it will kill them instantly.

Earlier in the film, for example, Safin forces Madeleine to absorb some of the virus onto her skin before visiting Blofeld in prison, with the nanobots coded for the SPECTRE chief. But once there she decides not to go through wit hit. Still, she’s touched by Bond, who unknowingly takes some of the weapon into his own body. Horrified, Madeleine leaves and Bond proceeds to interrogate Blofeld, even grabbing the fiend at one point—and the virus immediately goes to work, killing Blofeld where he sits. Make no mistake, Heracles is nasty stuff.

Madeleine understands the scope of the weapon, which is why she is silently horrified when Safin reveals in the third act he has coded a special version of the poison for her—and her bloodline. Should it ever get under her skin it could kill her, and cause her to kill her daughter since they share the same genetic DNA. It’s messed up.

Why Bond Stayed for the Missiles

The memory of the nanobots passing from one person to another—from Bond to Blofeld—is brought to bear in the film’s closing moments. As Safin and Bond both slump wounded in a pool, Safin empties some of the weapon into the water, which allows it to seep into Bond’s skin and wounds. He even scratches bond on the face with it, to make sure it gets nice and deep into his bloodstream. And it’s all the same vial of poison he threatened Madeleine with earlier, which means the nanobots he’s deployed are programmed for Madeleine and Mathilde, and if Bond touches either one of them ever again, he will kill them.

Bond is even hesitant to accept that and asks Q (Ben Whishaw) via earpiece if there is any way to prevent that. Alas, Q points out the nanobots are now permanently in Bond’s system. “They’re eternal.”

After killing Safin and opening the base’s blast doors, Bond realizes that he cannot ever be with or even near Madeleine and Mathilde again, and doesn’t want to risk infecting and killing them. Badly wounded already, he instead decides to stay right where he is and meet death on his feet—but at least he goes out with the knowledge that he does have a daughter. One might say that knowledge prevented him from even considering living on as the James Bond we always have known.

As Blofeld said earlier in the film, “When [Madeleine’s] secret finds its way out, it’ll be the death of you.”

How It Echoes A Previous 007 Classic

In the classic 1969 Bond outing On Her Majesty’s Secret Service, the only film to star George Lazenby as Bond, 007 falls deeply in love with a woman named Tracy (Diana Rigg) and decides to give up his career in the Secret Service and marry her. But as they drive off on their honeymoon, Tracy is murdered in cold blood by Blofeld (Telly Savalas) and Irma Bunt (Ilse Steppat), who fire on Bond’s car.

“It’s quite all right,” says a devastated Bond to a police officer who pulls up moments later, as he cradles Tracy’s head in his arms. “She’s having a rest…There’s no hurry, you see. We have all the time in the world.”

“All the Time in the World” is the name of a song, performed by the legendary Louis Armstrong, that plays in OHMSS over a montage of scenes showing Bond and Tracy falling in love. An instrumental version is played briefly at the end of the movie over the credits. That same song is also heard in No Time to Die, tying both—almost surely the two most emotional films of the Bond series—together.

In OHMSS, Bond reexamines his life and priorities and decides to choose love and marriage over his identity as an assassin. He faces a similar existential question in No Time to Die—and, by extension, in the previous film, Spectre—wondering whether he should get back in the game and if he even wants to. The Bond of No Time to Die is not necessarily a happy man; he’s getting older, his body is still tough but showing the strain, and he’s forced to confront the fact that he may have let any semblance of a real life, a life that could include love and children, slip away.

But while the Bond at the end of OHMSS is left alone again, the ramifications of his work coming back to inflict unspeakable tragedy on him, the Bond at the end of No Time to Die has a slightly better outlook even as he himself is about to perish. He admits to letting love into his life and knows that he has left something of that love in the world, in the form of his little girl.

As No Time to Die ends, the rest of Bond’s team—M, Q, Moneypenny, Tanner, and Nomi—all raise a glass in his honor while Madeleine and Mathilde drive away, with Madeleine promising to tell her daughter about her father and who he was. They have all the time in the world.

And as the end credits play out, the last words on the screen are, of course, what they’ve been for the better part of 60 years:

No Time to Die is now playing in theaters everywhere.