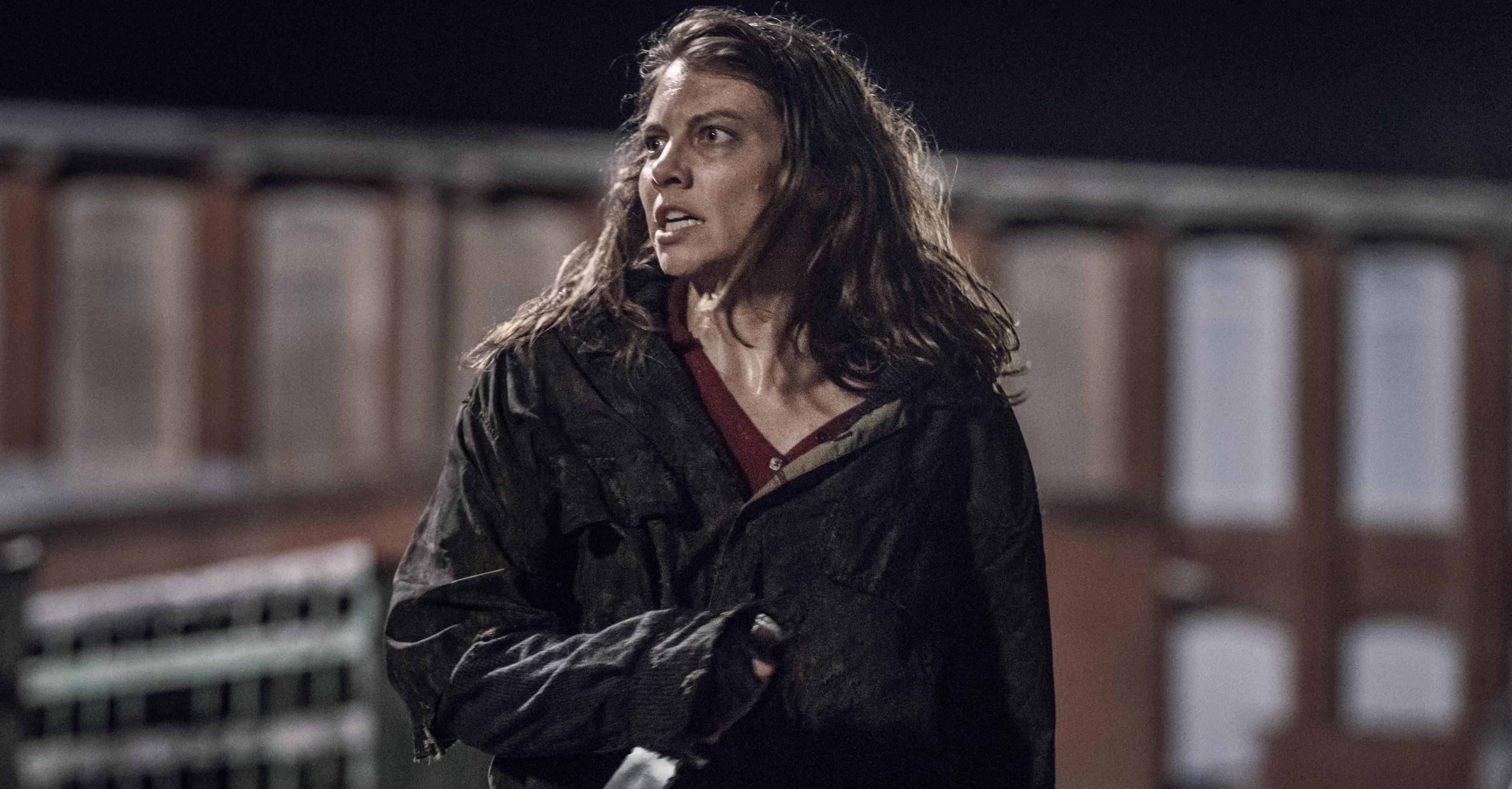 It’s the only way the opening act of the final season of The Walking Dead could end: with the fall of one villain and the rise of another. Taking a page out of Alpha’s playbook, Maggie, Negan, and Gabriel lead a walker horde into enemy territory, while Daryl does his best to support them from within the Reapers’ walls. It’s a coordinated attack that ends up working out much better than the audience likely expected, as the heroes breach the Reaper complex and the walkers begin feasting.

But the real victory in “For Blood” takes place on a Reaper rooftop, where the megalomaniacal leader of the group, Pope (Ritchie Coster), is preparing to fire a barrage of arrows (with fireworks attached to them) at his enemies, finishing them off once and for all. The only problem is that some of Pope’s own men are in the line of fire, but that won’t get in the way of this maniac’s final victory against Maggie. You see, Pope believes God speaks through him, and that he’s doing the Lord’s work by wiping out all other groups he comes into contact with. The Reapers are the chosen ones, but if a few of his men have to die along the way to reach the promised land, that’s God’s business.

“God will protect them,” Pope says to an incredulous Leah when she points out that many of their “family” members will die if he fires his secret weapon.

Leah’s drank the Kool-Aid in the past, but she’s not satisfied by Pope’s incessant preaching now: “But what if He doesn’t?”

“Then it was their time to die,” Pope replies coolly before ordering a soldier to fire up the infernal machine that will rain fire (and arrows) on walkers, Maggie’s men, and Reapers alike.

This is the final straw for Leah, who’s always had her doubts about the Reaper’s “messiah” but until now felt that she owed him for saving her and the rest of her murderous family. The same family that Pope is now willing to sacrifice so that he can win a war he created for himself.

Pope’s demise is a quick one. Just as he’s about to confront Daryl, Leah puts her knife through his throat, bringing her commander’s delusional reign to an end and saving the lives of her brothers fighting down below. But if you think this is a moment of redemption for Leah, you are wrong. As Pope lies bleeding to death at her feet, Leah takes command of the Reapers, warning them that Daryl is a traitor and that the enemy is still out there.

Leah shows no mercy to Pope and none to her former beau, who finally admits he’s been working against her family the entire time. Sure, she let’s him live but only so that he can watch her fire Pope’s arrow launcher at his family. It’s a chilling villainous turn that will undoubtedly have huge repercussions for our group of heroes, especially now that Leah’s let the sparks fly.

The Last of Us: Who Is Kathleen In the Games?
Happy Valley Series 4 Won’t Happen, and That’s Perfect
Marvel Studios’ Ant-Man and The Wasp: Quantumania | Before
Batman: Beyond the White Knight | Comic Teaser | DC
Gunther’s Millions: The True Story Behind Netflix’s Rich Dog Docuseries