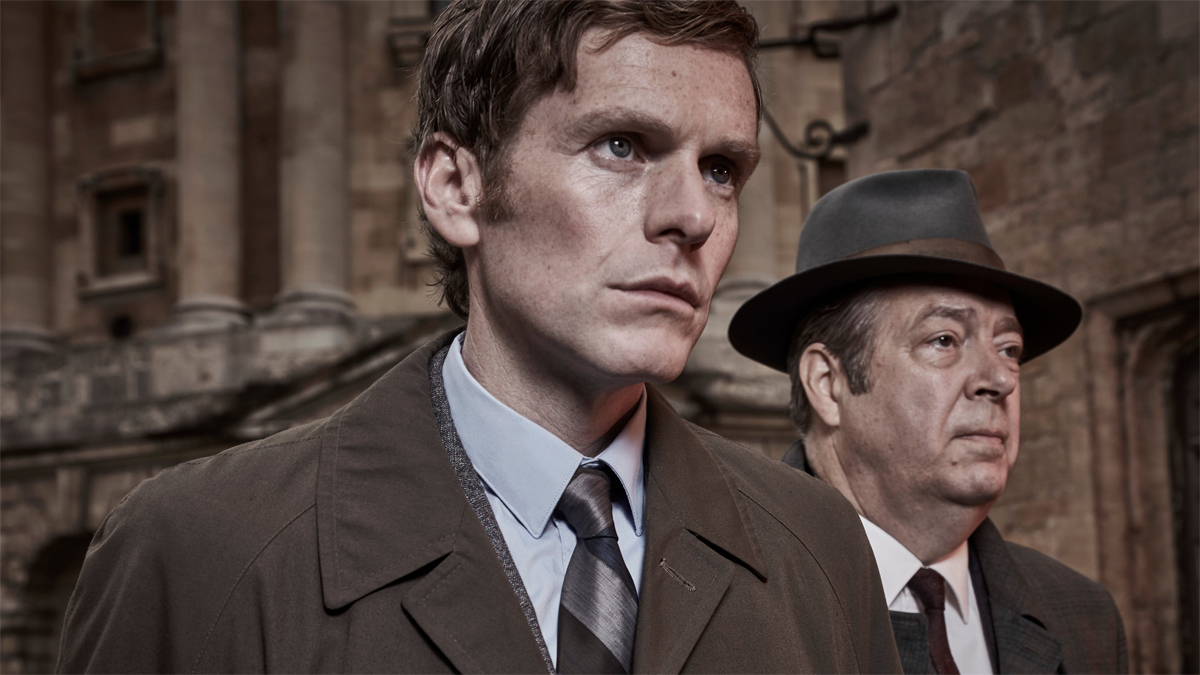 “I can’t help feeling like I’ve missed something,” Morse told Thursday over two drained pints and a luncheon meat sandwich in the closing moments of Series 2’s ‘Trove’. He was right about that. Castle Gate’s finest may have collared the conspirators in two murder cases and recovered a cache of stolen museum treasures, but something had been missed – namely, a notebook. More on that below.

Series 8 left fans feeling a little like Morse in that pub. The finale’s closing scene left us on a poignant note, with a hopeful message courtesy of Fred Thursday. It also left us with unanswered questions. Appreciating that the gap between 1971 (where we left Endeavour and Thursday, outside the Tafferton Park hotel) and 1987 (John Thaw’s first appearance as Inspector Morse) will never be completely filled, and that some stories are better left untold, here are the lingering questions from the drama so far.

What happened to Sam Thursday?

The mysterious disappearance of Fred and Win’s son Sam from his British Army base in Northern Ireland added simmering background tension to Series 8 finale ‘Terminus’. While Fred and Jim were hunting a ritualistic killer on the bus routes of Oxford City, and Endeavour was busy drinking himself into a stupor, Win and Joan Thursday were at home worried sick. Fred poured his worry about Sam into his work and avoided the family home, which caused Win’s simmer to boil over as she resented his absence and blamed him for Sam joining up in the first place.

The episode ended with Thursday finally getting his priorities right, handing the case reins to Morse and heading home to wait for news. But news came there none. Not a letter, or a phone call, or a silent montage of Sam happily AWOL with a local girl (offered as one possible explanation for his disappearance). The Thursdays and the viewers were left not knowing if the young corporal had been captured by the IRA, fallen foul of an army scandal, or had simply run away from his responsibilities. Is Sam dead or alive? Don’t leave us hanging.

Some eagle-eyed fans spotted this emerging possibility as early as a series or two ago, in the knowledge that the yearning chemistry between Endeavour Morse and Miss Thursday can’t possibly resolve into anything that endures because the later Inspector Morse is a lifelong bachelor. To each other, Joan and Endeavour are destined to be the ones that got away (Morse has a list of those, starting with the “brown-eyed blonde” over whom he fluffed his degree).

Prior to Series 8, Joan and Jim rubbed along well enough in the odd courthouse meeting and happenstance encounter, but no sparks flew. He once got her off a charge when she was arrested at a racism protest that turned violent, and they sometimes crossed paths professionally after she joined the Welfare Department. In the background though, while Joan was straightening out her life, Jim Strange was turning into a man she could respect – a solid copper and a gent, not dissimilar to her father. Strange’s desire for female company is well-documented on Endeavour (how did that seductive cookery book work out, Jim?) and in Series 8, sporting a new silhouette, he took the plunge and asked Joan out. A night of dancing at the masonic lodge and a Carpenters gig later, and who should be the one to hold and comfort a crying Joan when her little brother went missing? Not Endeavour, but Jim.

If Joan does choose Jim, do fans want to see Morse’s heartbreak? Do we want to see him fight for her and lose, or shake Jim by the hand and tell him, as he once told DS Jakes, to do him a favour and treat Joan well? The jury’s out, but there’s more drama here, just waiting to be told.

Why does Fred disappear from Morse’s life?

This is the big one, a mystery since the prequel began. If Endeavour doesn’t return for another series, fans will have to imagine the event that snipped father-figure and mentor Fred Thursday neatly out of Morse’s life. At one point, it looked as though Fred’s gangland connections and maverick temper might send him down a corrupt path that Endeavour would never follow, but no. Fred Thursday’s been through hard times (and coughed up the bullet to prove it) but he’s true blue. As explored in more detail here, it comes down to a few main options: a serious falling out, or a death, or one caused by the other. Will Fred die? Will Joan? Will the loss of Sam send Fred spiralling away from Oxford and out of Morse’s life? As actor Roger Allam told The Guardian in the pre-publicity for series eight, “I would be very surprised if there weren’t a few more to wrap things up […] I hope I die a spectacular death – but I very much doubt ITV would allow that.”

The Series 6 finale saw the corrupt DCI Box finally do a good thing by stopping fellow bent copper DS Jago from killing Morse. Box burst in and shot Jago clean in the chest, killing him, but was shot by Jago in return. Before collapsing in a bloody heap, Box told Thursday, “I couldn’t let him do it. Who’d have thought?” Later on, Castle Gate receives a phone call from the hospital that “Box is 50/50”, and then no more is heard about him. Did he pull through? Was he sentenced for his part in the corruption? Could he one day wake from a coma to give evidence about other criminal and masonic influences at work on the force? It doesn’t matter a great deal, but closure would be nice.

Who was the Mason that received the stolen notebook?

Back to the missing notebook from Series 2’s ‘Trove’. When private investigator Pettyfer was pushed off a tall building by a beauty pageant rogue covering up the murder of a young girl, he took his notebook with him. It was there with his corpse, but then never found its way into evidence. The attending officer at the scene was one Jim Strange, who we know has had a career leg-up thanks to his masonic connections. The final scene of ‘Trove’ showed a white gloved hand in a wealthy residence handing the notebook (which contained incriminating evidence no doubt about various ‘upstanding citizens’ with links to masonic lodges) to a man wearing a freemason’s ring on his little finger. Who was that mason? Could it be a brief glance at future Morse nemesis Hugo de Vries (or should we call him Ludo Talenti?), or a generic Master Mason who’s been pulling the strings this whole time? If we do get a ninth series, wouldn’t it be fun for that notebook to make an appearance and the identity of its new owner revealed?

Will there be a series 9?

“Nothing is written,” Endeavour creator told fans asking about the show’s return after the Series 8 finale. And nothing has been announced by ITV yet either, but as soon as there is news, we’ll pass it on.

Most importantly of all: what sandwiches does Thursday eat on Wednesdays?

We know it’s cheese and pickle on a Monday, luncheon meat on a Tuesday, ham and tomato on a Thursday and corned beef on a Friday, but what of Wednesday? Fish paste? Egg mayonnaise? An out-there coronation chicken? Come on, Endeavour, spill the beans. (Could it be beans?!) The people need to know!

Endeavour is available to stream on ITV Hub and Britbox.

The Last of Us: Are the Infected Actually Zombies?
Should Marvel Change MCU Strategy on Disney+?
Once Upon A Time Season 7 Episode 5 Review & AfterShow | AfterBuzz TV
Lost Big Bad Beetleborgs Pilot Would Have Ditched The Horrifying Flabber
Dead Space Remake: How to Unlock and Survive Impossible Mode