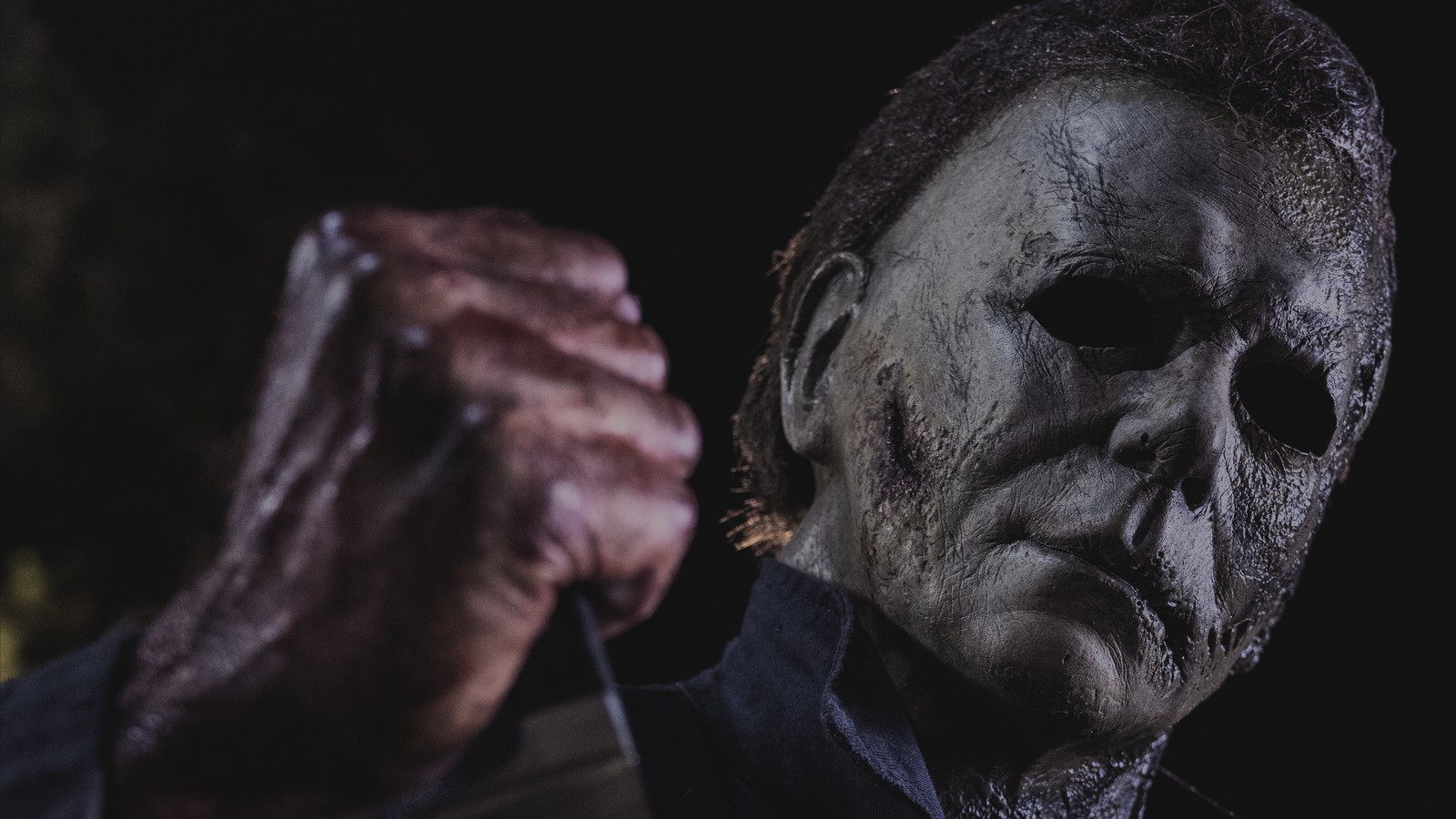 Halloween Kills is a peculiar film that ends on a peculiar note. By the end of director David Gordon Green’s movie, a mob of Haddonfield townspeople, exhausted and fed up after 40 years of trauma brought on by Michael Myers, have decided to take matters into their own hands. Yet Michael outwits them again and again—even when he’s not directly involved.

First, the mob goes into full rage mode when another escaped asylum inmate is mistaken (somewhat unbelievably) for Michael, leading not just to the inmate’s death but even the deaths and injury of some of the townspeople as they trample and beat each other. Then when they finally do come upon Michael and entrap him, he defeats them yet again, rising from a seemingly fatal shooting, only to mow down most of the locals pursuing him, including a belligerent, adult Tommy Doyle (Anthony Michael Hall). Michael then makes his way through town, murdering a bunch of other people, including—shockingly—Laurie’s daughter Karen (Judy Greer).

Although Laurie (Jamie Lee Curtis) and Michael never come face to face in Halloween Kills, the film ends with both of them staring into the camera, as if staring into each other’s souls, which is perhaps exactly what they’re doing. Cue next year’s grand finale (at least of this stretch of the franchise), Halloween Ends. But what can possibly happen next?

“The first thing you have to know, and I know people are sort of surprised, but I had no idea we were making a second movie,” says a bemused Jamie Lee Curtis during a recent roundtable session with Den of Geek and other outlets. “We hadn’t released the first movie. We were doing ADR on the Sony lot. I came in to do some ADR work and then David and I went outside for a break. We were sitting on the wall and he said, ‘So we’re going to do another movie and here’s what I’m thinking. It’s a trilogy. And here’s what the second one’s going to be,’ and he told me the story.”

That story, in which the trauma that Laurie has battled for 40 years infects the entire town via the Shape of Michael, is still at the center of Halloween Kills, several years after Green first described it to Curtis. But Curtis is more cryptic about what the third movie in this triptych, Halloween Ends, will be about.

“[The third one] is going to shock people,” she says. “It’s going to make people very angry. It’s going to stimulate people. People are going to be agitated by it. And it is a beautiful way to end this trilogy… only recently have [Green] and I started to talk a little bit about the movie.”

Halloween Ends Theories: What’s About to Happen to Laurie

So how will Halloween Ends, uh, end? Based a little on what Curtis is saying, we suspect that Laurie Strode will die in the movie. But we also imagine that she will die on her feet, a hero and warrior sacrificing herself in one final battle with Michael Myers, in which he will also be expunged from this mortal coil, once and for all.

Or, conversely, driven mad by the death of her daughter and the seemingly unstoppable engine of carnage that is Michael Myers, Laurie herself could become a coldblooded killer, laser-focused on finding and exterminating the Shape and not letting anyone stand in her way—even if that means drastic measures on them as well. In Halloween (2018) everyone thought she was loony, in Halloween Ends, perhaps she will cross over that line, killing cops and bystanders too in her quest to end Michael’s reign of terror.

Just as Halloween Kills finds the entire town losing its humanity in a sea of blood-red rage, so could Halloween Ends chronicle Laurie losing hers, and then perhaps gaining it back in the end, redeeming herself and still vanquishing Michael for the final time.

It’s actually Curtis herself who provides just a further hint that this could be the path forward, when asked in the above discussion if she would ever give any thought to donning Michael’s signature mask herself.

In other words, the unconditional evil of Michael Myers could unlock the evil in anyone who crosses his path—an interesting concept that we frankly hope is better developed than the theme of mob violence that is introduced but never quite brought home in Halloween Kills.

As for beyond… Halloween Ends is pretty definitive as movie titles go, but that never stopped anyone who’s made money off a horror franchise. Anyone remember Friday the 13th: The Final Chapter? Even if Curtis bows out, producers Jason Blum, Malek Akkad (son of original Halloween backer Moustapha Akkad), and Bill Block might see enough box office potential to find a way to continue the series. Or reboot again. You can rest assured that even if Michael looks like he’s dead at the close of Halloween Ends, a healthy intake of ticket sales will revive him as easily as any supernatural means.

Perhaps he’ll be resurrected once again to terrorize a new generation of Haddonfield residents for whom enough time has passed for him to become merely a legend. Or maybe his spirit will infect pliable, corrupted souls in other places, leading to spates of Myers-style rampages. Because Michael Myers is both human and somehow not, either of those scenarios, or perhaps another, could carry the Halloween name and legacy into a bloody future.

After all, evil never dies.

Halloween Kills is in theaters and streaming on Peacock now.