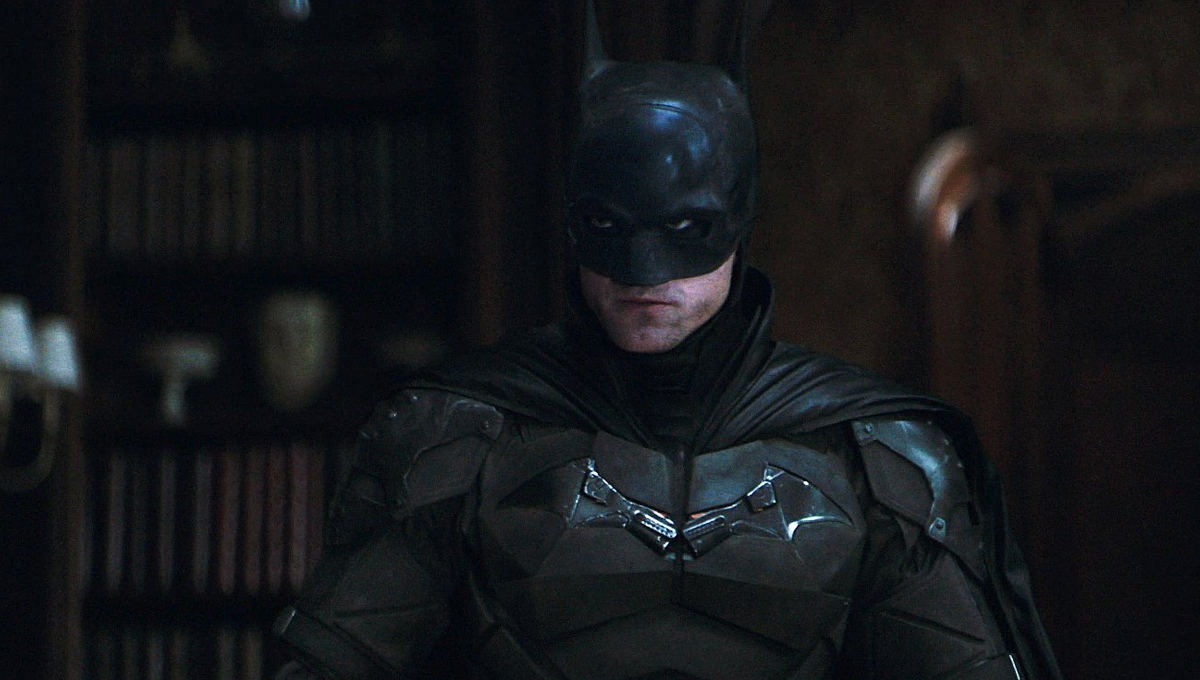 The Batman made waves last year when its first trailer dropped during the inaugural DC Fandome digital event, and all eyes are on the movie once again as Warner Bros. prepares to drop a second look at the movie. Batfans would do well to keep an eye out for this Saturday’s DC Fandome 2021, which will not only feature director Matt Reeves and star Robert Pattinson but also a second trailer for the film reboot.

But if you can’t wait that long, WB has treated us to two very tiny teasers, including a shot from the upcoming second trailer. “Can’t wait to show you more at #DCFanDome this Saturday,” wrote Reeves on Twitter, where he shared what looks like an image of Pattinson’s Dark Knight watching over his city from a Gotham rooftop as the sun goes down. He’s undoubtedly preparing to hunt some criminals.

The second teaser, released on the movie’s official Twitter handle, doesn’t any other images of the Batman for fans to fawn over until Saturday. Instead, it gives fans a taste of what kind of tone they should expect from this new take on the Caped Crusader. In short, it’s safe to say Pattinson won’t be doing the Batusi in this movie.

“It’s not just a signal; it’s a warning,” reads the short teaser video of rain pouring down on the new Bat signal…

A lot has already been written about how dark and gritty The Batman looks. In the first trailer, shots of a clearly troubled Bruce Wayne are complemented by one particularly violent scene where the Dark Knight beats the absolute crap out of a hooligan while shouting, “I’m vengeance” into his undoubtedly bloodied face. It’s a display that freezes the rest of the gang in fear. Certainly, while big-screen Batmen have hardly been shy about maiming evil-doers in the past (and we’re not even sure what this gang was up to when Pattinson showed up; they look like kids), this may already be the most gratuitous instance of “crime-fighting” in Bat-movie history. It’s undoubtedly just a taste of what’s to come in this much darker take clearly inspired by The Crow and Se7en as well as the late Darwyn Cooke’s psychological exploration of the character in Batman: Ego.

I keep going back to the idea that the Bat signal as a “warning.” When coupled with scenes from the first trailer, it suggests that Reeves has put together something much darker than we’ve ever seen on screen — and Zack Snyder had Batman branding and killing people like an absolute maniac. Here, the Bat signal seems to mean the Dark Knight is hunting, and if you step out of line, you get sent to an emergency room.

It pushes Gary Oldman’s admission in The Dark Knight that he turns on the signal to let the criminals know the Batman is out there into the literal. He will literally punch your face in until it’s mush. It’s a big departure from recent comic book runs by writers like Scott Snyder and Tom King who have depicted the Bat signal as a symbol of hope meant to inspire Gothamites to stand strong in a crisis, a literal beacon of light in the darkness.

Who knows if the line from the promo will even pop up in the movie. It could just be some marketing for the fanboys who like their superhero dramas dark and gritty. Either way, is what we’ve seen and heard so far too dark for even the Batman?

We’ll get a better idea of what Reeves and Pattinson are going for when the new trailer drops on Saturday. The Batman hits theaters on March 4.

Peppa Pig’s Best Jokes Snuck In Just For Grownups
The Last of Us: How Long Does It Take to Beat the Games?
Forspoken Is That Frustrating Piece of Entertainment That Gets Good “Eventually”
Sci-Fi Short Film: “Kinetic” | DUST
Loki Season 2: The Timekeepers Are Back in New Trailer