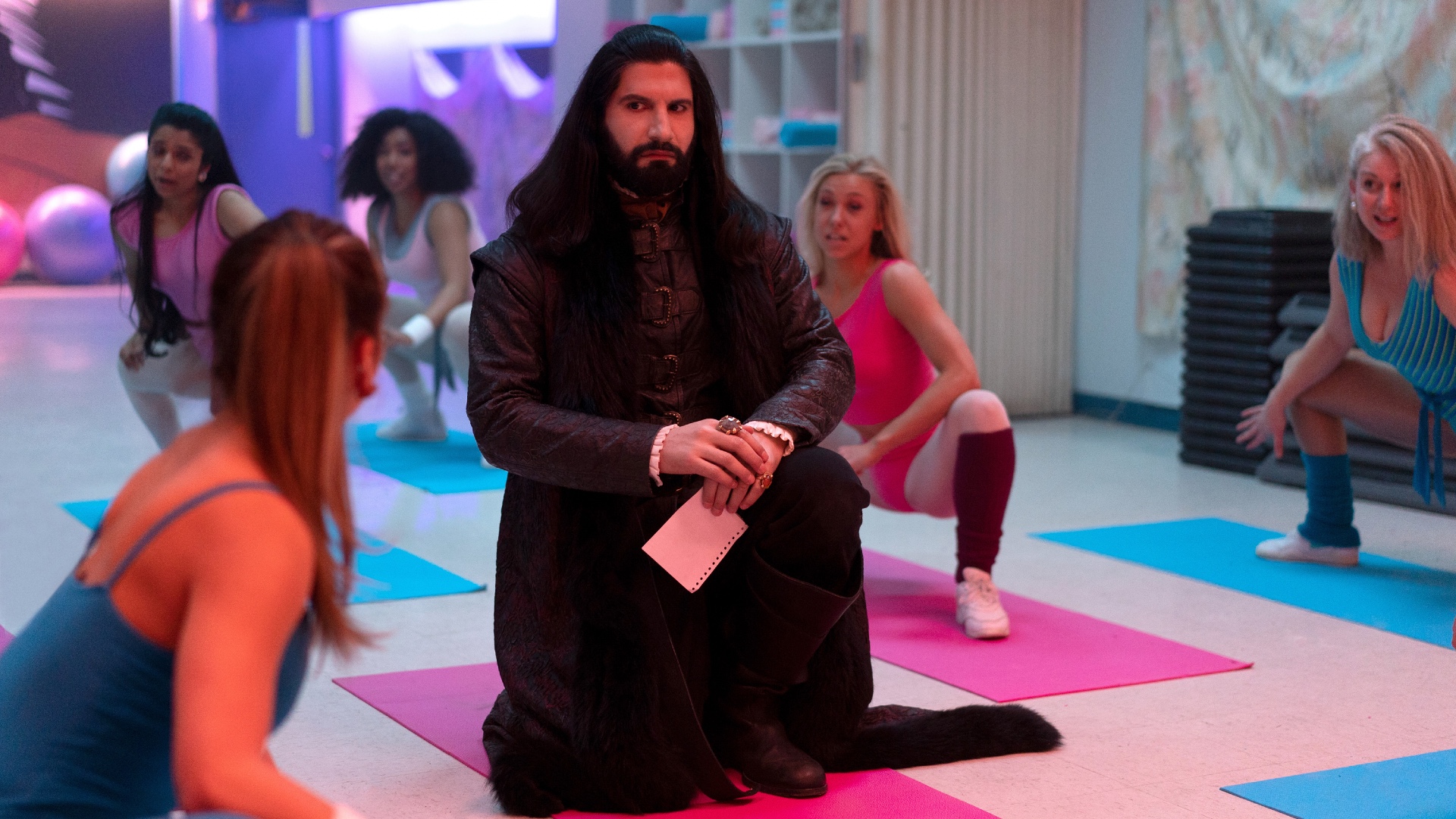 What We Do in the Shadows Season 3 Episode 8

What We Do in the Shadows  season 3 episode 8 “The Wellness Center,” brings back the creepy paper. Nandor (Kayvan Novak) is celebrating his ascension, the anniversary of when he was first crowned national tyrant, and Guillermo (Harvey Guillén) wants everything perfect. But perfection is subjective, as Colin Robinson (Mark Proksch) proves before the title song even reminds us “they have no use for our song,” this time done in the Persian language of Nandor’s birth. The “Relentless” 700-year-old former warlord is restless for a new kind of ascension beyond the eternal gift of vampirism.

Even the allure of Colin Robinson’s belly dancing wears off to an immortal being. “Vampire depression is a real deal,” Nadja (Natasia Demetriou) explains, and Laszlo (Matt Berry) cites the dangers of it. What We Do in the Shadows has been delving deeply into raw emotional territory this season, showing the vampires’ vulnerabilities, doubts, and complicated interrelationships. Each of the characters have been supportive of each other in ways they hadn’t been allowed. The show is exploring the very feelings vampires are supposed to be past.

Guillermo is actually doing the right thing when he decides to break Nandor free from his happy humanitarianism, but not for the reasons he states. His master is indeed in crisis, and Guillermo’s gasp upon that realization is extraordinary. It appears to be completely spontaneous, yet fills the audience in on so much. But what Guillermo doesn’t know is he’s saving Nandor from a fate worse than a wellness brainwash. He is saving him from becoming yet another remorseful bloodsucker.

Nadja and Laszlo are very open about this uncharacteristic development, and how it impacts the house. They are relieved not to be drowned in the constant aura of sorrow. They are reacting just like vampires should. Colin couldn’t care less, he’s off farting around in his new room. He’s kind of lost his center this season. Rather than enjoy Guillermo’s discomfort with being in Nandor’s old room, Colin rushes him out. He doesn’t even nibble on Nandor’s depression, when it should be a fount of bad energy.

The scene where Nandor denies Guillermo the gift of vampirism is quite touching in spite of itself and all the vampire’s intent. He truly looks like he wants to spare his familiar/bodyguard from the curse of a lifetime, and Guillermo really does look like wet underwear when he cries. But Nandor’s explanation of how he found a new lease on undeath is also refreshingly candid. He’s 700 years old and still has roommates, and while they do band together with as much casual effort as they deign, something is missing.

The Post-Chiropteran Wellness Center is as much an ‘80s throwback as Stranger Things, American Horror Story: 1984, or Pose. Run by the charismatic Jan (Cree Summer), who believes vampires can revert to their core humanity by sheer will, it is one workout short of a regime. We know the tasty promises Jan makes are bogus from the moment she projectile vomits her spring water, and even Barbossa, from Pirates of the Caribbean, might pass on the apple after seeing how tough it is to keep down. But Nandor is vulnerable, thinks Jan has a “rocking body,” and takes to the philosophy like a shark to water. Not only does he defang himself nightly, but he excels at aerobic choreography and rocks a sweat band like he’s auditioning for a Jane Fonda Workout video. The hair style is dramatic, comic, and ironic all at the same time.

This is the first episode which really takes advantage of the concept that vampires don’t cast a reflection in a mirror. Several scenes are buoyed by the invisible dismemberment of limbs from objects. But the best one comes during an altercation Guillermo has with one of the formerly fanged Post-Chiropterans. The choreography is exceptionally well done throughout Guillermo’s entire rescue sequence, but when the camera is pushed out of the way by the action, and forced to capture the climax in a mirror, it packs triple the punchline. We lose the jolt of seeing a body slam into a wall, but it is visibly intriguing to see tiles get crushed under unseen force. It doesn’t trick the eye so much as tickle it because it removes the actual carnage the audience expects, and replaces it with the soft landing of a gag.

The episode shows us how anyone can be drawn into the cursed damnation of self-improvement. There are Post-Chiropteran Wellness Centers all over the world, and it’s not just vampires who are getting better. It also affects a wide cross section of their food supply. When Laszlo goes out to a bar to quench his thirst, he relies on the drunkenness of strangers for that extra kick. Apples and spring water might be fine for Jan, but for how long? Nandor goes away for a month, and if he’s not drinking blood in his quest for re-humanization, how come he doesn’t feel the hunger pangs? The first thing the cult members tell new recruits is to stretch before you dance, but this is too much of a stretch.

Signs of a cult include love bombing, which we see copiously upon Nandor’s arrival at the center; separation from friends and family, which is the very first thing Nandor does upon meeting Jan; and a belief that outsiders and nonbelievers will see the cult as a cult. But the biggest sign of a cult is mass suicide. It was evident in Jonestown, Heaven’s Gate, and in Netflix’s Midnight Mass, which portrays a vampire cult, and acts as a cautionary tale to all plasma-deprived night-dwellers. The Post-Chiropteran Wellness Center checks that one off as well, as each of the believers go happily to the roof for one final dance. Jan is many things, including a deceitful liar and bulimic recruiter, but she keeps her promises. Her followers do work up quite a sweat.

Vampire wannabes beware, What We Do in the Shadows proves the concept of “faking it til you make it” can take a hideous toll. There is no ascension for the bloodless. Written by Stefani Robinson, and directed by Yana Gorskaya, “The Wellness Center” is a cautionary tale for all, and ends on a delightfully suspenseful cliffhanger.