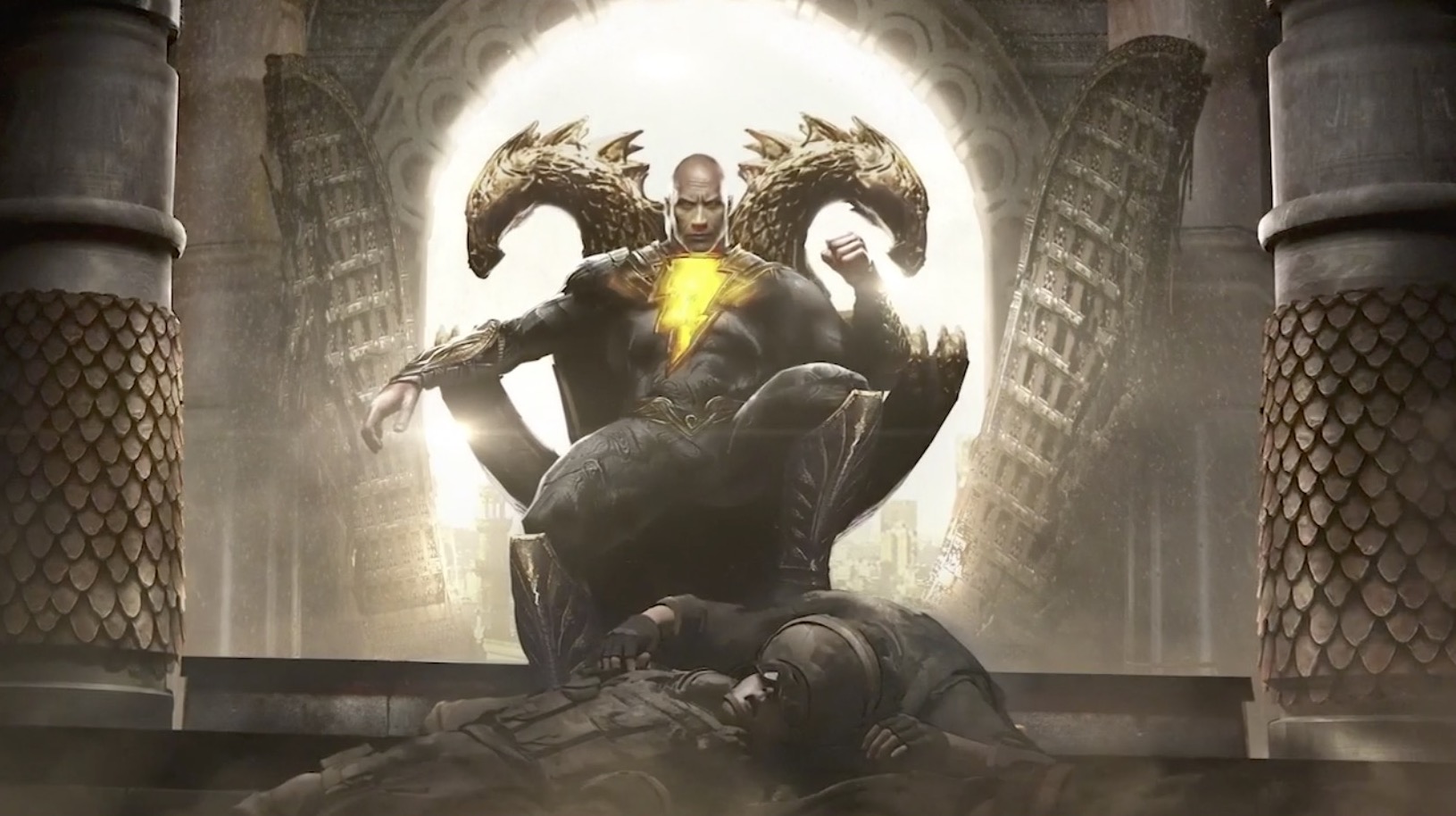 Black Adam is coming to the DCEU, and Dwayne Johnson has been promising that “the hierarchy of power in the DC Universe is about to change.” And based on the first look at Black Adam footage revealed at DC FanDome, it just might.

Black Adam tells the tale of the original warrior who was gifted the power of Shazam, only to find himself corrupted by vengeance and exiled by the famed wizard. He makes his way back to the modern day DCEU and comes into conflict with the Justice Society of America, a team of legacy heroes who probably won’t approve of his methods.

DC FanDome showed off a bunch of concept art, some JSA costume teases, and a scene depicting how Black Adam awakens in the present day.

Check out the footage here:

When a team of archaeologists venture their way into a tomb in the fictional DC nation of Khandaq they unwittingly say “Shazam” and return Black Adam from hiss exile. It…doesn’t go well for any of them, and it’s a nice parallel to the flashback we saw in the first Shazam film.

It’s a spectacular, action-packed, and menacing sequence, and one where you can see director Jaume Collet-Serra’s action movie roots. Adam looks like an anti-hero, indeed.

Aldis Hodge is Hawkman, and this is definitely the biggest stage this character has ever been put on, and like recent comics iterations they’re combining all the various (and confusing) takes on Hawkman from DC history. And really, he’s the perfect character to help Black Adam bridge the gap between the ancient world and the modern.

That’s because in many JSA comics written by Geoff Johns and others it was established that Adam knew Hawkman in a previous life back when Hawkman was none other than Khufu of Ancient Egypt.

Noah Centineo is Atom Smasher, and he’s probably the most pivotal supporting character in this story. Albert Rothstein is the grandson of the supervillain known as Cyclotron and the godson of founding JSA member Al Pratt, the original Atom. He can control his size and density and is tremendously strong.

In the comics, Adam and Atom (sorry) had an especially strong bond, with young Albert siding with Black Adam against the Justice Society and becoming increasingly sympathetic to Adam’s more brutal methods of keeping the peace and maintaining order.

Like Hawkman, Doctor Fate is one of the oldest characters in the DC Universe (having first appeared way back in 1940), and another link to the ancient world of Black Adam. That’s none other than Pierce Brosnan as Kent Nelson, the archaeologist who ends up embodying (and hosting) the power of the ancient wizard Nabu.

You MIGHT remember this character from the live action TV series in the 1970s, but the version we’re meeting in this movie (played by Sarah Shahi) is very much influenced by her modern DC Comics appearances. Expect her and Adam to have a very deep relationship, and it’s possible that there might be elements of past lives that play into it (similar to how Hawkman is reincarnated throughout the centuries.

Like Atom Smasher, Cyclone is another “legacy hero” in the JSA, and the granddaughter of one of its founding members, the original Red Tornado. Quintessa Swindell is playing her here, and this will be the character’s very first appearance in live-action.