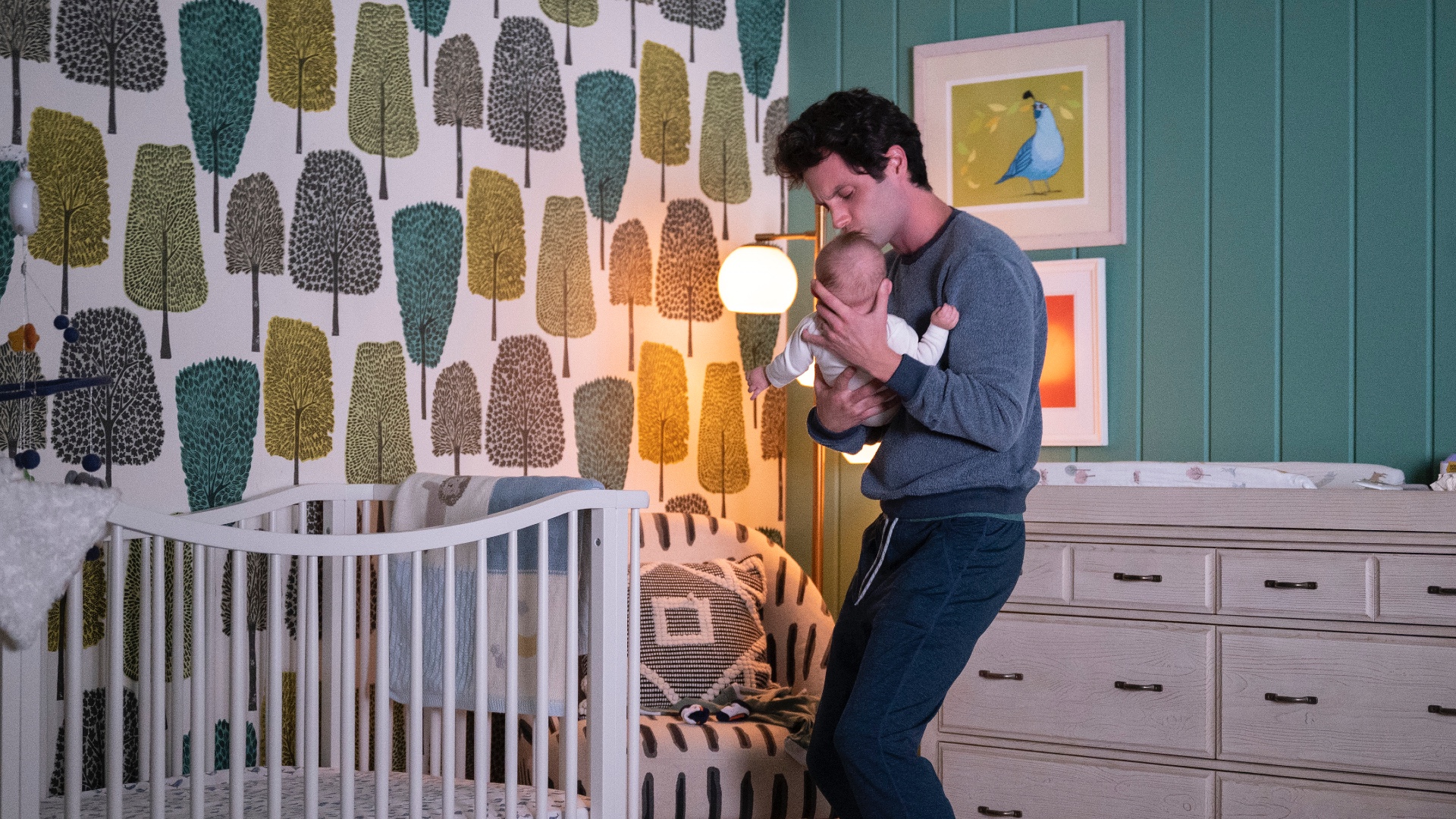 This article contains spoilers for You season 3.

The latest installment of You follows creepy creepster Joe Goldberg (Penn Badgley) as he begrudgingly moves to the tony California suburb of Madre Linda with his wife, Love Quinn (Victoria Pedretti). He attempts to atone for his sins and try his hand at being a good husband and father to his new son, Henry. But his plans are soon derailed.

What follows is a wildly entertaining meditation on parenthood, marriage, and what happens after “happily ever after.” It’s a fairy tale ending with a body count. But what really happened at the end of You season 3? We’re here to serve up some answers.

Do Sherry and Cary Escape?

Sherry (Shalita Grant) and Cary (Travis Van Winkle) are initially painted as insufferable social monsters. Cary is a bro’s bro who brags loudly and often about his intermittent fasting routines. Sherry has a twee mom blog, she uses gossip as currency, and she so frequently invites other couples to engage in sexual “play” with her and Cary that they have a stock NDA on hand for the occasion. When Love and Joe accept that invitation, all hell breaks loose, and both Cary and Sherry end up in the cage.

But, as they fight for their lives, the couple begins to reveal some humor and humanity. And they become characters worth rooting for. So it’s important to know that they earn the honor of being only the second and third people to escape Joe’s cage with their lives. (The first being Will Bettelheim in season 2.)

When building the cage, both Joe and Love hid a key within the structure, just in case. As Sherry and Cary frantically try to figure out how to survive, Sherry realizes that Joe and Love don’t trust one another. So she searches for a key, and she finds one.

Of course, once out of the jaws of mortal peril, the couple immediately goes back to being insufferable by capitalizing on their near-death experience, giving pretentious TED Talks and touting their new program, “Caged: A Radical Couple’s Therapy Technique.” In fact, Joe might just deserve some royalties, amiright?

What Happens to Love?

Well, in a metaphorical sense, by the end of the season, love is dead. And in the physical sense, uh, yeah, she’s also dead.

Joe and Love’s Madre Linda murder spree builds to a fever pitch throughout the season, and at some point it becomes quite obvious that only one of them could make it out alive. With her sharp intellect, ruthless cunning, and willingness to engage in brutal violence, Love initially made a worthy partner for Joe, and then shifted into a worthy adversary. It’s a testament to her skills and determination that it was not totally clear which of the two would eventually survive the Suburbia Thunderdome.

The season 3 finale pits the two lovers against one another in a final showdown. Fully aware of Joe’s obsession with his boss, Marianne, Love prepares a roast chicken — Joe’s favorite — and sets the dining table like some twisted Norman Rockwell painting. When Love leaves to check on the baby, Joe grabs the carving knife and immediately regrets his actions. Love had dosed the knife with her very own homegrown paralytic made from Aconite (aka: Wolf’s bane) that she had been growing in the garden. Don’t try this at home, kids.

However, Joe had previously done some garden Googling and anticipated that Love might poison him. Conveniently he found adrenaline pills, an antidote to the Aconite, in Cary’s giant carrying case of meds, and popped one as he and Love sat down for their final feast. Unfortunately, these particular adrenaline pills were slow acting (blink-and-you’d-miss-it, but the instructions on the bottle recommended waiting 45 minutes for them to take effect), so he has to watch as Love almost stabs Marianne to death in their living room. Love’s cooler head prevails when Marianne’s daughter pops in to use the bathroom, and she lets them both escape with their lives. But she decides she’s done with Joe.

As Love prepares her giant knife and stalks over to Joe, she gives quite a fantastic villain speech. Yet, her monologuing gives him the time he needs for the adrenaline to fully kick in. As Love yanks Joe’s head back to slit his throat, Joe stabs her with a syringe full of her very own poison. She writhes in agony as the dose takes effect, sputtering out some damning last words. As her face begins to stiffen, she says, “We’re perfect for each other, but bad for Henry. He’ll know what you are.”

Joe feels impacted by her final words, but gets to work framing her for all the murders. (Which, to be fair, she was the perpetrator of most of the violence this season.) Joe methodically chops off two of his toes, bakes one of them into a pie, and places a box of evidence, including Natalie’s teeth, Gil’s watch, and his other toe, next to Love’s dead body. He sends out a biting suicide note in Love’s voice. Then, he torches the place, using their wedding album as kindling.

In a voice over epilogue, Joe makes sure to mention that Love became something of a feminist folk hero following her death. In a haunting line, Joe states that Love became even more famous than Guinevere Beck.

What Happens to Henry?

Perhaps it was Love’s devastating final words that got to Joe. Or perhaps it was the realization that he couldn’t flee the country and start a new identity with a baby by his side. It’s not quite clear why, but in a heartbreaking moment, Joe decides to abandon his son at the conclusion of the season.

This is certainly the right decision, but given that the crux of Joe’s mental health issues in You is built upon his abandonment issues, it’s a cruel twist. Joe does make sure to leave baby Henry in good hands though. Joe chooses to leave his son with his blind co-worker Dante. We don’t know a ton about Dante except that he’s blind, he’s a great friend to Marianne, he’s ex-military, he loves kids, and he’s married to a man named Lansing who has two teenagers. Seems like a solid choice.

Dante and Lansing ultimately decide to raise Henry and, as Joe asked in his note, “protect him as their own”, as Joe flees the scene.

Where in the World is Joe?

Paris. And his name isn’t Joe anymore; it’s Nick. This dude has more lives than a cat.

Joe’s inner monologue is still focused on Marianne though, and it’s clear that he’s looking for her. She once told Joe that she had fantasies of whisking her daughter away to Paris, and so this is where Joe has decided to start this new chapter of his life. It seems pretty unlikely that Joe will find Marianne, but he’s sure to soon find a new object of obsession in the city of love.

All we’re saying is that Emily in Paris had better watch her back.

You season 3 is available to stream on Netflix now.

Sci-Fi Short Film: “Kinetic” | DUST
Peppa Pig’s Best Jokes Snuck In Just For Grownups
The Best Super Bowl Commercials Featuring TV Shows
How to Find a PS5 and Xbox Series X In 2023
Forspoken Is That Frustrating Piece of Entertainment That Gets Good “Eventually”