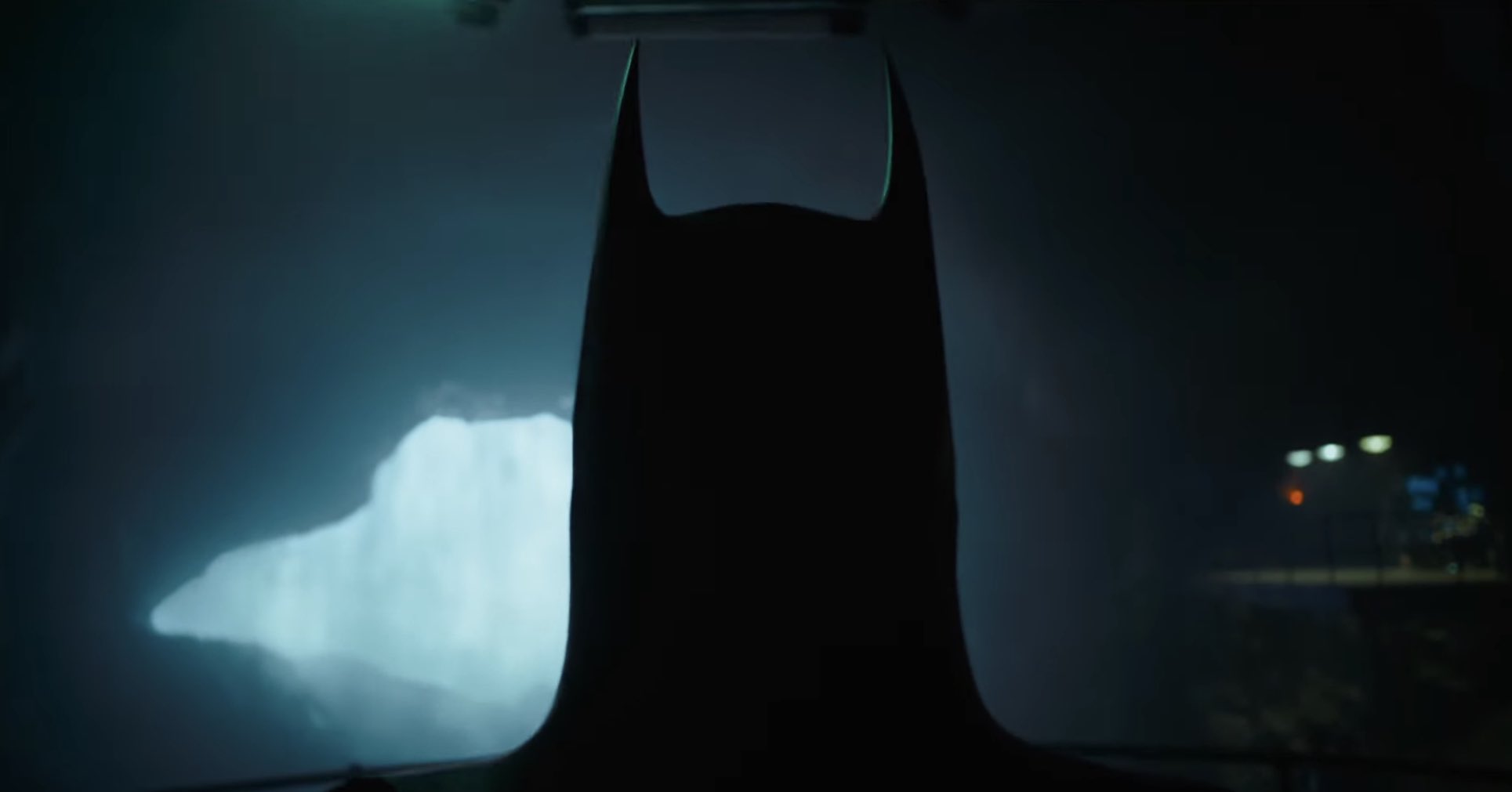 The worst kept secret in Hollywood has finally made been confirmed by Warner Bros. Michael Keaton, the legendary actor who played Batman in the late ’80s and early ’90s, has donned the cape and cowl once again for The Flash movie. The first teaser released at DC Fandome 2021 isn’t quite the full-length trailer diehard Flash and Keaton fans probably hoped for, but it does give them a taste of how the DCEU film is bringing back one of the most iconic versions of the Dark Knight to ever appear on the big screen.

We found a few key easter eggs and references that show how The Flash has recreated the Gothic world Tim Burton first envisioned for the 1989 blockbuster hit. And there are also hints as to how the DCEU will bring Keaton’s story forward and connect it to Barry’s own adventure.

But first, check out the teaser if you haven’t already:

The teaser wastes no time bringing in Keaton and the Gotham City of the Burtonverse as soon as possible. We see two versions of Ezra Miller’s Barry Allen — a likely consequence of the Flash messing with the timeline to save his mother (see: Flashpoint) — approach Keaton’s Wayne Manor in a taxi. In real-life, that’s Burghley House, a 16th-century country house in Stamford, England, which looks very similar to the Wayne Manor of 1989’s Batman. (The first film used Knebworth House in Hertfordshire as the exterior of the manor.) But here, it’s clearly meant to evoke the slightly creepy, Gothic exterior of Bruce’s home, where he spends his nights swinging upside down like a bat and waiting for that signal in the sky.

We can deduce that the Barrys have come to Bruce for help after making a mess of the DC timeline/multiverse, but a voiceover line delivered by Keaton just like it’s ’89 makes it sound like he’s reluctant to help — or has lost the will to fight.

“Tell me something. You can go anywhere you want, right? Any timeline, any universe. Why do you want to stay and fight to save this one?” Keaton’s Bruce says, likely to Barry.

The man haunted by his past who would stop at nothing to protect his city, even if it meant blowing up a few circus freaks or lighting them on fire, ain’t so young anymore. Perhaps he’s lost some of his fight by the time Barry catches up with him, undoubtedly leading to the big third act where the Flash inspires a bruised and battered Bruce to take a stand once again. It’s a classic setup where the mentor learns as much from the protege as the student learns from the master.

The teaser shifts to a scene in a bathroom, where Bruce has shed his suit — which was recently revealed to be the same one from Batman Returns — after what looks like a particularly brutal fight. Pools of blood spill out of the cowl and the suit, a gorier depiction of Keaton’s world than anything we say in the two Burton movies. Sure, Bruce got cut up and bruised in those movies, but here he’s tracking blood all over the floor, likely on his way to that tub where I’m worried he may pass out and drown after such a massive ass-kicking. And if you needed any additional confirmation beyond Michael Gough’s passing in 2011, there’s likely no Alfred to patch him up these days.

It seems inevitable that this movie will ask whether Bruce has reached the end of his rope. He’s older, slower, and easier to break. Is it time to hang up the cape and cowl for good? The next shot of Keaton says it isn’t…

This is likely the closest we’ll get to seeing Keaton actually in the Batsuit for a while. Whether the full-length trailer spoils the surprise later remains to be seen, but this is at least confirmation that, yes, Keaton will wear the suit in the movie. He isn’t just Old Man Bruce giving Barry advice from an armchair by the fireplace, walking stick at his side. Keaton will punch bad guys alongside Barry at some point in The Flash.

“Are you in?” Barry asks Bruce in the Batcave (accompanied by Sasha Calle’s Supergirl and the second Barry). Assuming Bruce gets his second wind in the third act, his answer is going to be an emphatic “yes.”

We get one more Bat-treat in the teaser. If you’re not quite sure what’s under that tarp, it’s 100% Keaton’s classic Batmobile, which he clearly hasn’t used in a while. Makes you wonder how the Caped Crusader has been getting around these past few decades. Either way, it’s going to be so damn cool seeing Keaton back behind the wheel of the best movie Batmobile ever made.

There are still many things we don’t know about The Flash. What’s the deal with that second Barry? How does Ben Affleck’s Batman fit into all this? Will the Flashpoint-inspired events have major consequences for the DCEU going forward? I suspect we’ll start to get a better idea about a few of these things once the first real trailer drops.

Until then, it’s just nice to have Keaton back.

The Flash, which is directed by Andy Muschietti, opens in theaters on Nov. 4, 2022.