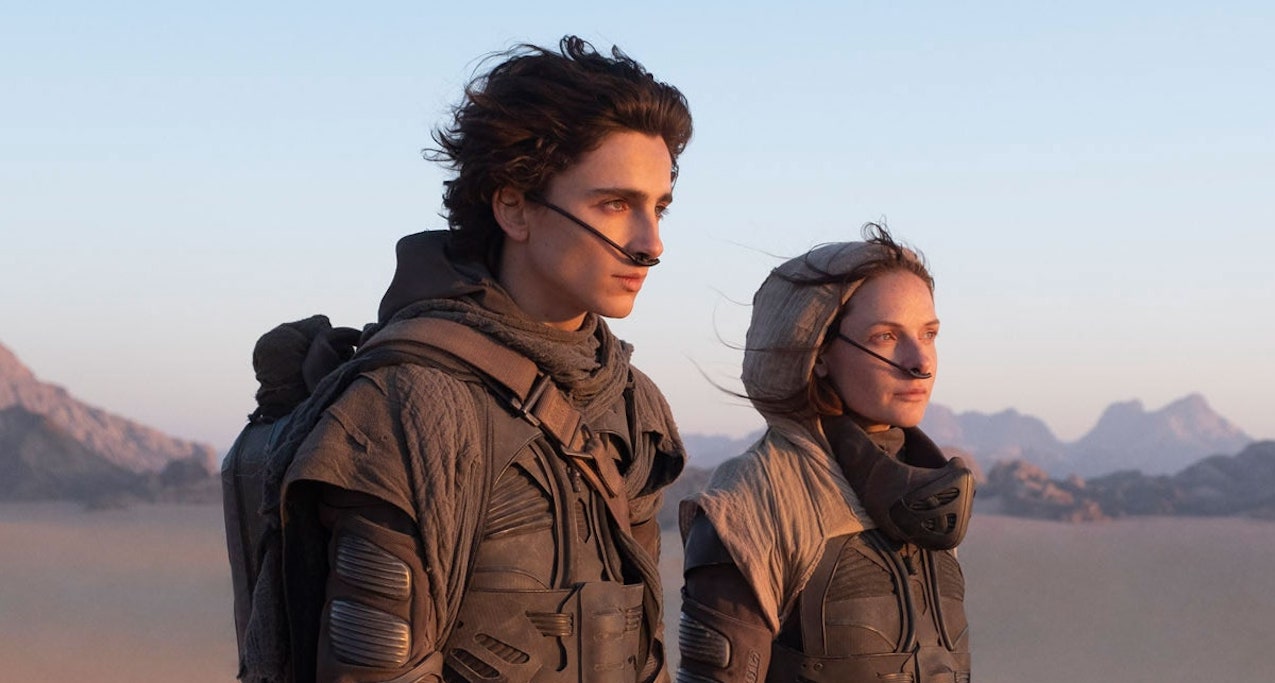 Do you want to watch Dune this week (not just the 2021 version)? Here’s where all the various versions are available for your viewing pleasure.

“The spice must flow, and flow it will when Denis Villeneuve’s long-awaited adaptation of sci-fi grandmaster Frank Herbert’s Dune arrives in the U.S. on October 22. But Villeneuve’s movie isn’t the only Dune available to check out—there’s a cult classic movie adaptation from 1984, two well-regarded miniseries that chronicled Paul Atreides’ fight against the corrupt Baron Harkonnen, and even a documentary looking at the giant sandworms we might have seen swimming in the desert seas of Arrakis. Here’s how to check out everything Dune has to offer (uh, other than the novels).”

The new (and final) season of Ozark is finally coming in January! Well, just half of it, that is.

“Last month, at Netflix’s annoyingly named Tudum event, the streaming service finally showed off some new footage from the fourth and final season of Ozark, teasing the sort of criminal drama Jason Bateman’s Marty Byrde and the rest of his family would be facing after teaming up with the Navarro cartel. Unfortunately, there was no indication of when the show would be coming back for the fourth and final season.”

Do the MCU shuffle! Wait, that’s not a dance move we want any part of, as Marvel has pushed back nearly all their 2022-23 films.

“After over a year of movie delays, Disney isn’t in the clear quite yet. The company just revealed some major shifts to its release slate, including six Marvel movies. Let’s take a closer look at the new MCU schedule. Doctor Strange in the Multiverse of Madness, the Benedict Cumberbatch sequel (also featuring Elizabeth Olsen as Scarlett Witch) is delayed from March 25. 2022 to May 6 – when Thor: Love and Thunder was originally scheduled.”

Netflix has released a sleek and stylized extended preview for Cowboy Bebop, and its glory is getting us more and more excited for the show to debut next month.

“We are exactly one month away before the premiere of Netflix’s live-action Cowboy Bebop. To celebrate, a ‘lost session’ has been released to give us a look at John Cho (Spike), Mustafa Shakir (Jet), and Daniella Pineda (Faye) in action. According to Netflix, this session is, ‘A standalone action-packed adventure with specially created footage that won’t be seen in the series.’”

Are you excited for Animal Crossing: New Horizons? Here are some details you might’ve missed about the game during Nintendo direct.

“Last week’s Animal Crossing: New Horizons’ Nintendo Direct was an avalanche of info about new items, gameplay, and characters coming to the game in both its free update and paid Happy Home Paradise DLC on November 5. Read on for some neat little details about everything that’s coming that you might not have noticed the first time around.”

Somehow, someway, Twilight has found a new fanbase with… TikTok?

“Twilight’s Alice Cullen, Bella’s precognitive vampire pal with an iconic pixie cut, looks pretty good for a woman who is slightly more than a century old. More surprising is her unexpected talent for TikTok. In one video, which has amassed almost 3 million views since it was posted in May 2020, @maryalicebrandon (the character’s name before she joined the Cullens) replicates the famous high-kick straight over her head, a wind-up for her vampire baseball pitch in Twilight, the first installment in the series of film adaptations.”

Xbox’s Lack of Exclusives Has Been a Real Problem For the Series X/S Generation
Marvel Studios’ Ant-Man and The Wasp: Quantumania | Before
James Gunn’s Plan for DC Video Games Sounds Awfully Convoluted
FLASH FACTS | Official Trailer
Why One of Star Trek: The Next Generation’s Worst Episodes Is Still Worth Watching