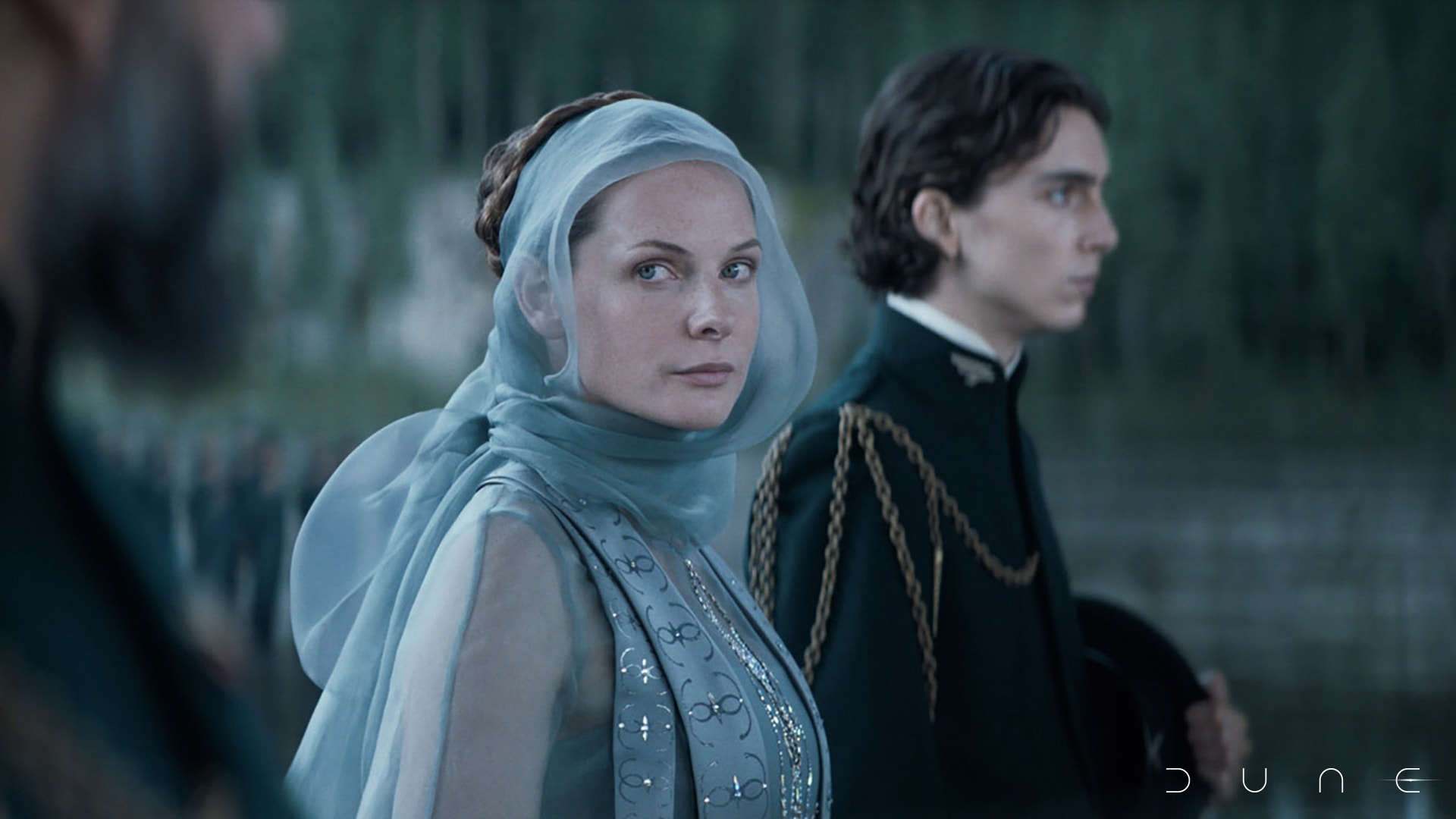 Frank Herbert’s Dune is a sci-fi classic, one of the world’s best loved sci-fi novels. It’s a saga of new worlds, future tech, ancient traditions, and magic. Denis Villeneuve’s movie isn’t the first attempt to translate the book to the big screen. Alejandro Jodorowsky had a failed go in the ‘70s, and David Lynch released his version in 1984. Villeneuve’s movie is only part one of the saga (so the story is not complete by the end of his film). But what if you’ve never read the book or seen Lynch’s movie? Does it still make sense?

From someone who has neither read Dune nor seen the Lynch film (but has read around the film a bit by necessity of the job), the short answer is: yes.

“Dreams are messages from the deep” reads a title card at the very start of the movie. It’s a quick bit of shorthand, directly from the book, that helps you understand that the visions Paul Atreides (Timothée Chalamet) is having while he sleeps aren’t memories or flights of fancy, but something more significant.

Unlike in the book, narration comes from Zendaya’s Fremen woman Chani, who explains that her planet, Arrakis, produces ‘spice’ which has magical properties and is worth a fortune, but that Arrakis is also an inhospitable environment for those that don’t understand it. It’s been ruled over by the Harkonnens, but they have been instructed to hand over power to House Atreides (all sorts of political machinations follow—if you can keep up with Succession you’ll be fine).

When we meet Paul, he is learning about the Fremen, the indigenous people to the desert planet of Arrakis. Paul is learning from texts but this being the future, these texts are in audio-visual format, with voiceover and projections so we can learn alongside Paul. Through his lessons we get a quick guide to the rules—what’s up with the planet and what’s the deal with the Fremen.

We’re later given further guidance via Jason Momoa’s Duncan Idaho who’s been on an Arrakis reconnaissance and managed to gain the acceptance of the Fremen. Duncan shows Paul and his father Duke Leto (Oscar Isaac) various bits of Fremen tech which becomes vital later in the movie.

Paul undergoes combat training with Josh Brolin’s Gurney Halleck. We learn from this how personal shields work as a sort of individual forcefield. They offer protection but they are not impenetrable. This becomes important further down the line when the Harkonnen forces attack.

Dune is a huge, planet-hopping epic, and Villeneuve is careful to introduce various rules before the action kicks in. Much is, of course, done with the visuals and Hans Zimmer’s incredible score.

Paul’s visions are used to establish the importance of characters who otherwise wouldn’t have much screentime and to help the uninitiated have a sense where the story might lead. The idea that Paul may or may not be a future messiah is teased. You can see echoes of this storyline in Star Wars and The Matrix, but of course Dune came first.

Dune is a part one, though it hasn’t been heavily marketed as such, so the ending of the film might cause problems for those not familiar with the source material. If you haven’t read the book, you’re left wondering where the story might go and since part two still hasn’t been officially greenlit, you could be waiting quite some time to find out. There’s also the fact that the movie has many many characters and, um, not all of them make it to the end. For those of us new to the material, it does at least keep us guessing as to who might bite the bullet next.

Villeneuve told Den of Geek, “I want people who love the book to feel like we put a camera in their minds” but also that he “had to condense some ideas to tell the story in the most eloquent way possible so that it will be understood by everybody.”

It should have universal appeal, then, but here’s hoping they hurry up and make the next one.

Dune is in Cinemas and on HBO Max on October 21.

Pokémon Scarlet and Violet: When Does the Charizard Tera Raid Start?
Wednesday: Did Netflix Just Find Its New Stranger Things?
The Walking Dead: How the Rick Grimes Movie Became a TV Show
The Traitors: The Contestants Who’ve Been on EastEnders, Blankety Blank & More
Gangs of London Season 3: What the Explosive Ending of Season 2 Means for the Show’s Future