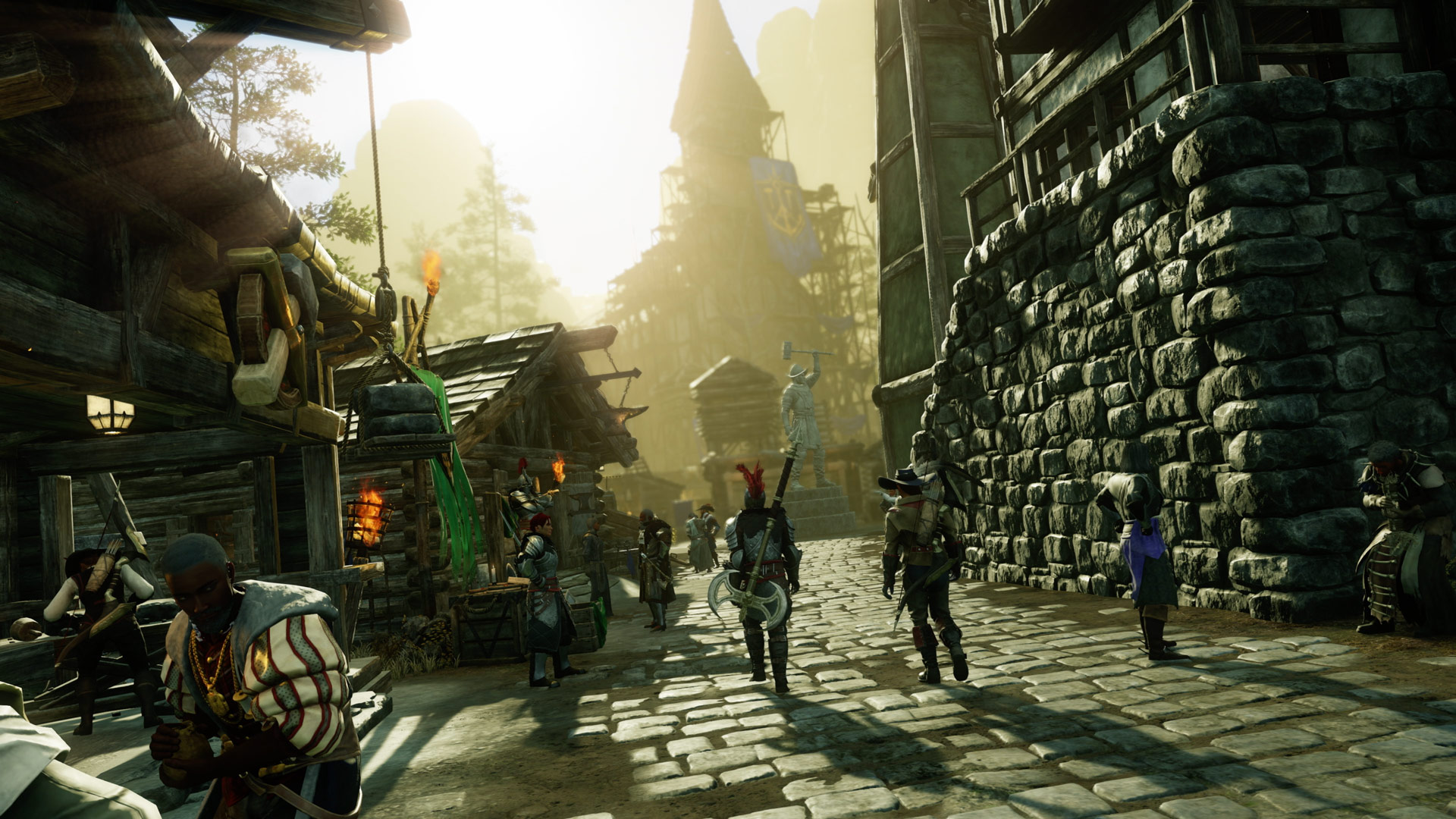 New World‘s latest patch (update 1.0.3) includes quite a few fixes and improvements, but the big news at the moment is that the game’s long-awaited free server transfer feature is finally here.

While finally having the ability to transfer your New World character to another server should help players battle the MMO’s often absurd queue times, you may not be able to rest easy quite yet. While this won’t surprise veteran genre players, it turns out that New World‘s server transfer feature requires you to consider a number of variables.

With that in mind, here’s what you need to know about transferring your New World character to another server.

New World: When Can I Transfer My Character Between Servers?

Here’s what the New World team has to say about the game’s server transfer rollout timeline:

“When all worlds are back online from (the October 19/October 20) downtime, our plan is to monitor the framework we created without turning transfers on immediately. Once we have confirmed that the framework holds up at scale, we will turn on character server transfers in the Utopia world first, in the AP Southeast region. We will closely monitor transfers in this world, and if anything out of the ordinary occurs our team will need to make manual interventions. If all goes well, we will turn it on for the rest of the AP Southeast region, and continue monitoring. If after 8 hours our team hasn’t discovered any issues, we will fully deploy character server transfers to the other regions.”

The wording of that statement seems to be intentionally vague, but it sounds like character transfers will not be made available to every player at once. In fact, that statement really makes it sound like the New World team is initially going to be selective in terms of when players on specific servers gain access to transfers.

Having said that, barring complications, it sounds like the plan is to make server transfers available to most players by the end of the week.

New World: How Do I Transfer My Characters Between Servers?

It’s thankfully pretty easy to transfer your New World characters between servers, but there are a few things you need to do before completing the process.

Ideally, the transfer itself will be pretty much instantaneous, but given that this is a new feature that a lot of people could be trying to use at once, don’t be surprised if there’s a delay or if you end up needing to go through the transfer process again.

New World: Will I Lose Anything If I Transfer My Character to Another Server?

The good news is that the New World team has confirmed that you will keep the following things if you transfer your character between servers:

The bad news is that you will lose the following items if you decide to transfer your character:

All things considered, it’s a pretty standard MMO transfer process in terms of what you lose and retain.

New World: What Are The Character Transfer Restrictions?

There are a few restrictions to consider when you transfer your New World character:

Again, that’s all pretty standard, but not being able to transfer a character to a server that’s already full is a potentially big deal. We’ll talk more about that in a bit.

As Amazon previously mentioned, your first character transfer token is free and will seemingly remain free for an indefinite period of time (based on what we’ve heard so far).

From there…well, it gets interesting.

Amazon has said that they are working on ways to allow New World players to complete additional transfers, but it’s not clear how that process is going to work at this time. The New World team has suggested that they will monitor the ongoing server situation to see if and when they need to enable future free server transfers, but they haven’t shared the specifics regarding when that might happen or what they’re looking for to “justify” that move.

The New World team has also said that they’re open to enabling a permanent “premium” transfer option, but again, there’s no word regarding when that might happen. It seems like the plan is to offer an additional free transfer opportunity before making the premium switch (and to warn players before they’ll have to start paying for transfer tokens), but we’re all still waiting on the specifics in terms of the price of those premium tokens and when they will become the new standard.

New World: Can You Transfer Characters Between Global Regions?

Unfortunately, there is currently no way to transfer your New World character between global regions. While the New World team previously hinted that would be a possibility, the first wave of transfers forces you to stay within your current region.

However, the New World team has mentioned that they’re looking into ways to enable cross-region transfers and will update players if and when that option becomes available. We assume that Amazon will still allow you to transfer your character for free at that time, but we’ll just have to wait for the full details.

New World: What Are the Best and Worst Servers to Transfer To?

There’s no universal rule for finding the “best” server to transfer to, but here are a few points to consider before you choose your new home:

While there’s currently no great way to see exactly how many people are on a particular New World server, this website that monitors streamer activity on New World‘s various servers could give you a slightly better idea of which servers you absolutely need to avoid because they’re way too full or, perhaps, too empty.

The only way you’ll get me to run is if a Allosaurus is chasing me.🦖 #short #shorts #scifi
The Last of Us: How Long Does It Take to Beat the Games?
Dead Space Remake Release Time: When Will the Game be Playable?
Is This Succession Character Harboring a Painful Secret?
Marvel Studios’ Ant-Man and The Wasp: Quantumania | Enter the Quantum Realm